With the new NFL season kicking off last week, I thought I’d share my experience watching the Eagles parade in downtown Philadelphia earlier this year. I just happened to be travelling around the US at the time of the Super Bowl. The excitement surrounding this event was palpable and contagious, and it was difficult not to get caught up in all the hype. Here’s how a South African girl ended up at the Eagles parade in Philadelphia. 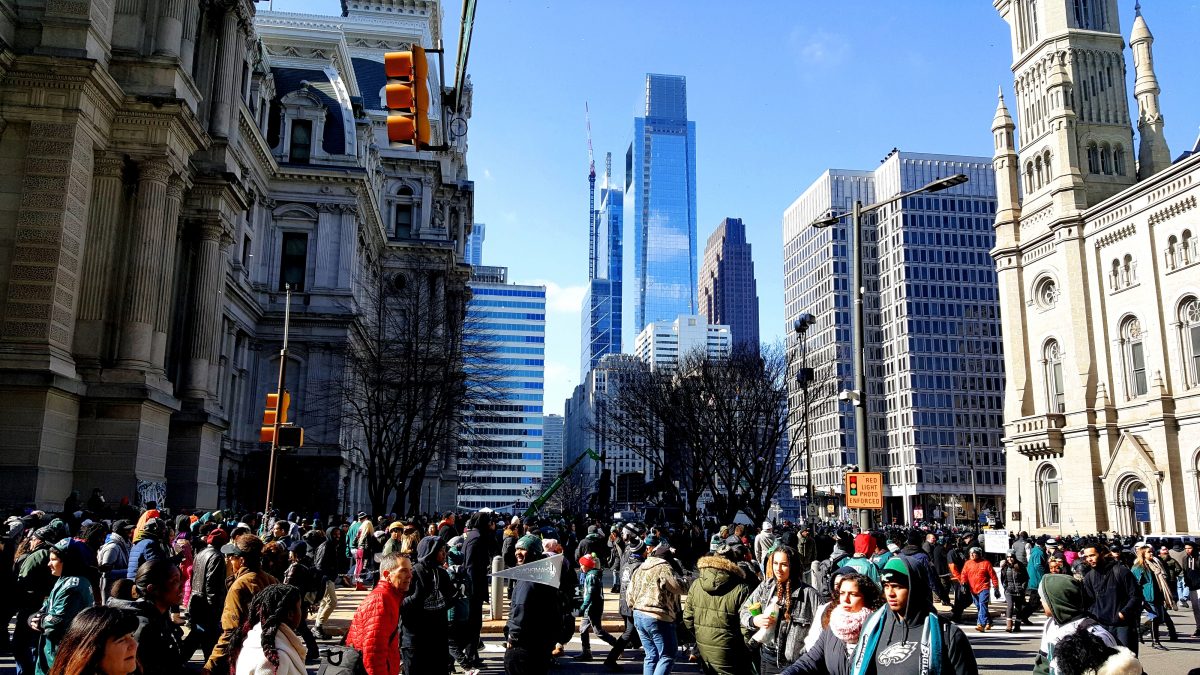 Disclaimer: I know nothing about American football

Let’s just get something straight from the beginning: I know nothing about American football. What limited knowledge I have I got from watching movies like Any Given Sunday, Jerry Maguire and The Blind Side, and TV series (Thank you, This is Us!). I’m not even that into sports to be completely honest. I was really into cricket years ago, but that interest has faded. I’ll still watch major sporting events like the Fifa World Cup or the Olympics.

Anyway, you could say I was in the right place at the right time. During the Super Bowl in was in Washington DC, with Philadelphia the next stop on my way back to New York City. I decided to watch the game from the comfort of my Airbnb room, live streaming the match on my laptop. I even took to Facebook to ask my American friends who I should root for, Patriots or Eagles? It quickly became clear who the underdog was, and boy, am I a sucker for the underdog. Lying in bed wearing my PJ’s, I cheered The Eagles on. I was there for every moment, except the final one. Haha! Jip, I totally fell asleep during the final quarter. Such a noob, right? Anyway, I had to google who won the game.

I arrived in Philadelphia just after the Super Bowl and two days before the parade. The city was drenched in green as Philly celebrated their champions. Eagles memorabilia and decorations were everywhere. I got so swept up in the excitement that I had to fight the urge to purchase an Eagles cap or jersey or both! From small shops to large hotel chains, every business in Philadelphia saluted the new NFL champions. My personal favourite was a huge eagle statue right in the middle of Macy’s. In its beak, a Patriots jersey. Customers flocked around the statue, touching it for good luck.

During this time, I frequently checked the news for information and updates about the parade. From what I gathered, the parade was going to be huge (read in a Donald Trump voice) and crazy. I felt a little bit guilty because across Pennsylvania people were queueing in the wee hours of the morning, patiently waiting to purchase train tickets to get to Philadelphia. And there I was, already in the city that everybody was trying to get to. No hassle. No queues. Just perfect timing. 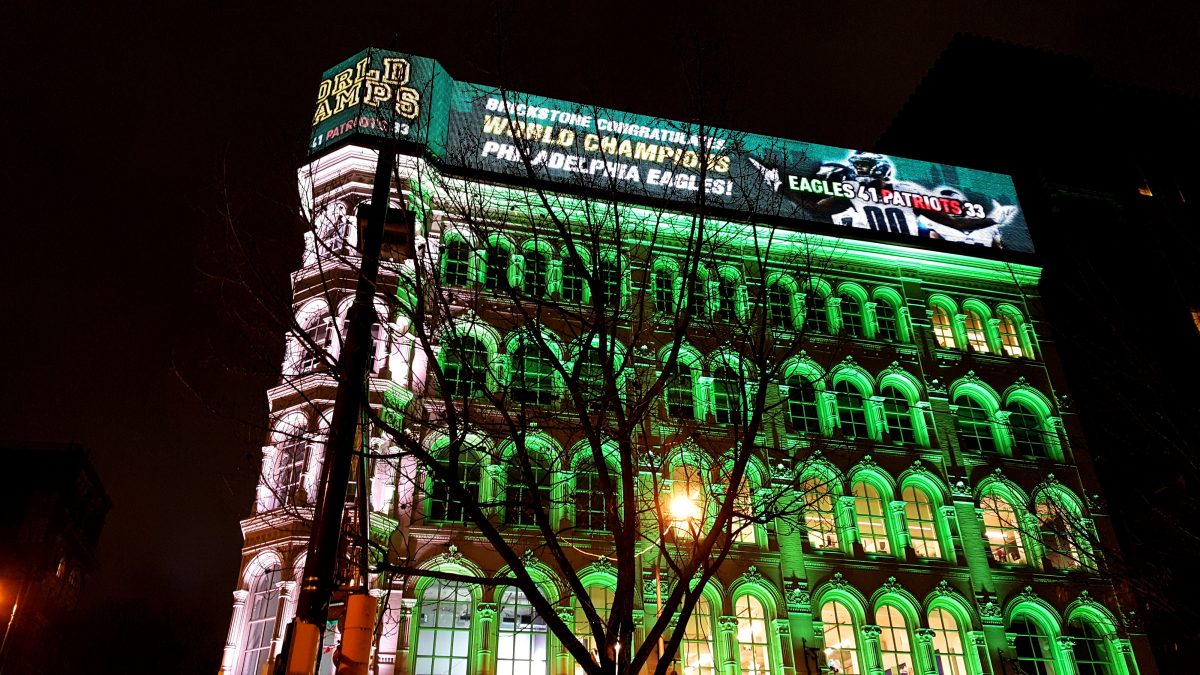 On the day of the parade, ‘normal’ life in Philadelphia ceased to exist. Instead, the city shut down as two million fans flocked to its centre to find a spot along the parade route. Streets were blocked off, businesses were closed for the day and public transportation, for the most part, was free. Dressed in the only green clothing I had, a comfy green coat, I headed to the Philadelphia City Hall, which I was assured would be a great place to experience the parade. 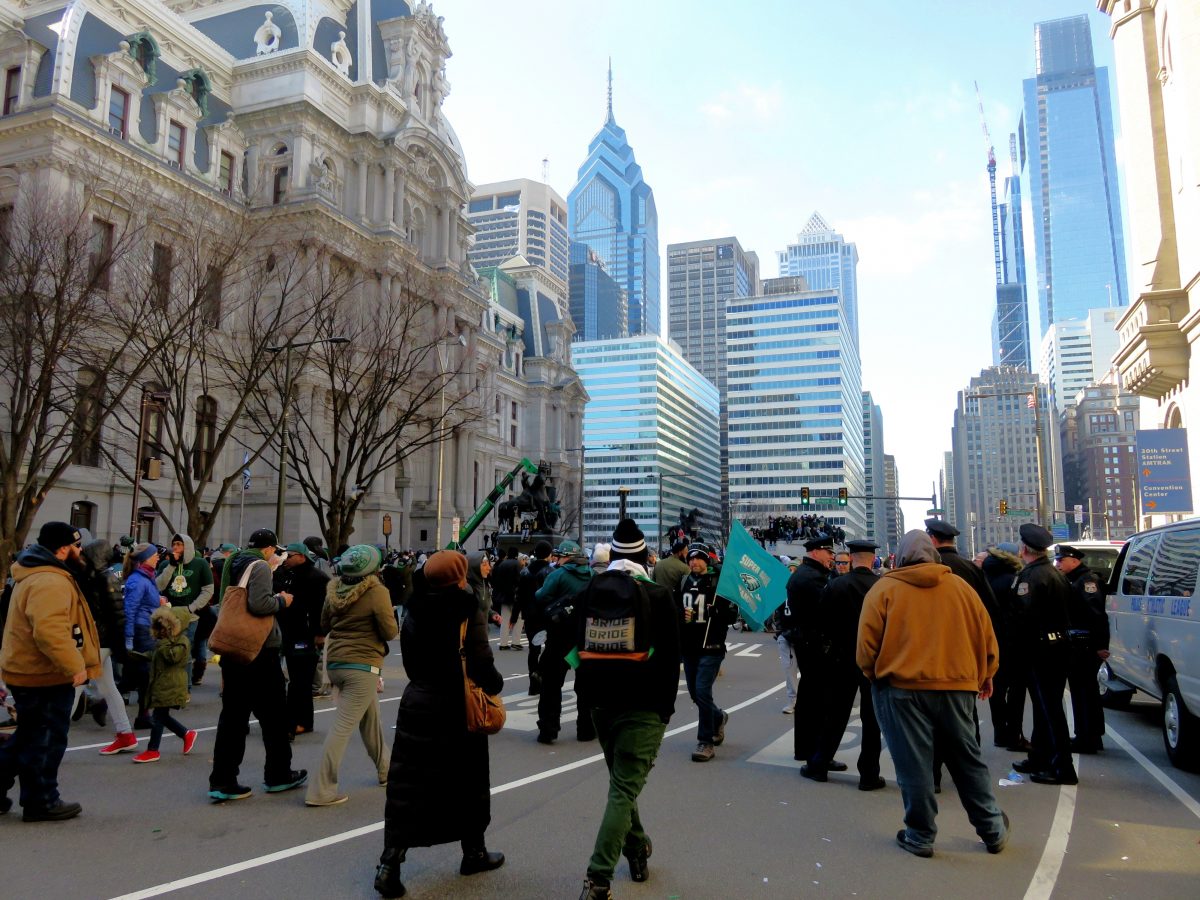 Now, even I knew (mainly through SNL sketches a la Tina Fey’s crazy Philly accent) that Philadelphia football fans can get rowdy, very rowdy. The locals warned me the night before that things were ‘Gonna get crazy’. So I went to the parade, a little bit apprehensive, expecting people to go batshit crazy and for things to get out of hand. But, lucky for me, that wasn’t the case at all. The parade was actually pretty peaceful. I mean, the craziest thing I saw was a crowd of people climbing and then twerking their asses off on top of a garbage truck. Fun times! 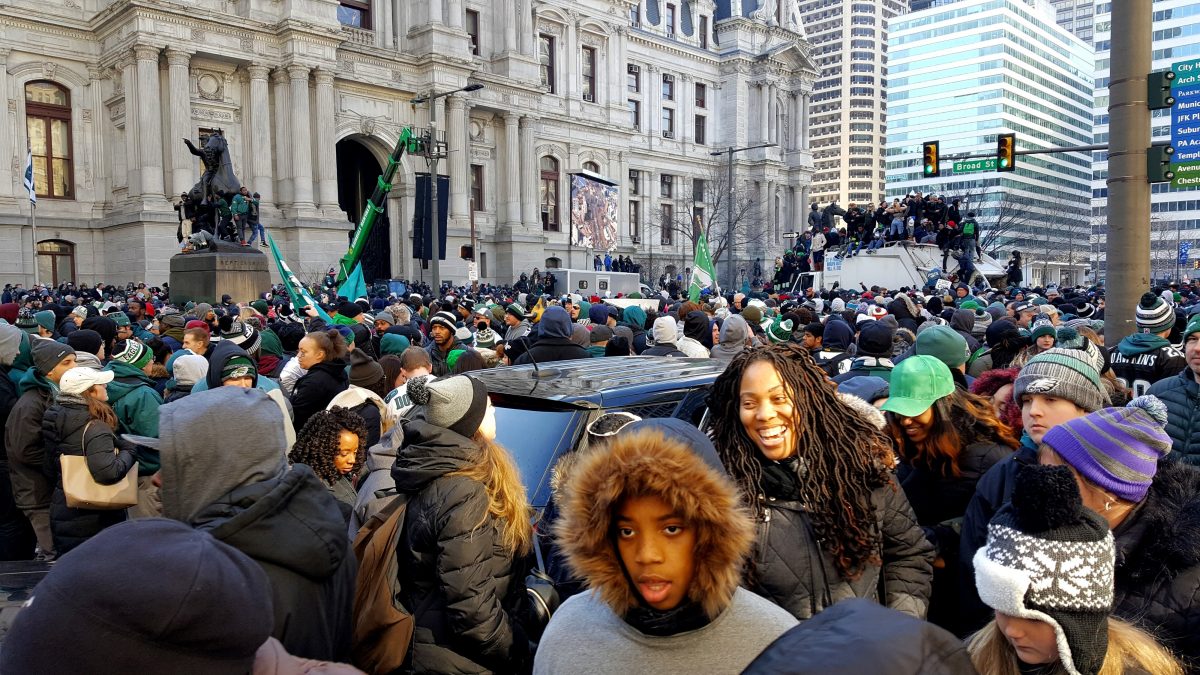 Huddled together like a flock of sheep, with thousands of people around me, I heard the parade long before I saw it. The sound of clapping and cheering, at first muffled and far away. But then, as the parade drew closer, the rumble got louder. I couldn’t get close enough to actually see the parade pass by. I only got a glimpse of the players with the help of my GoPro mounted on a stick, lifted a meter above my head. But that was okay because I realised something important.

In the end, it wasn’t so much about seeing the football players. I mean, I wouldn’t be able to recognize an Eagles player even if my life depended on it. It was more about being part of something bigger than myself. It was about connecting to total strangers around me in a unique way, tapping into the energy of the people, sharing in their joy and exhilaration, and celebrating this historic moment with them. Even as a South African with no football knowledge, I didn’t have to try to fit in. I just did. Right from the start, I felt included and welcomed. This whole experience for me was about the spirit of camaraderie. Thank you for all the love, Philly! 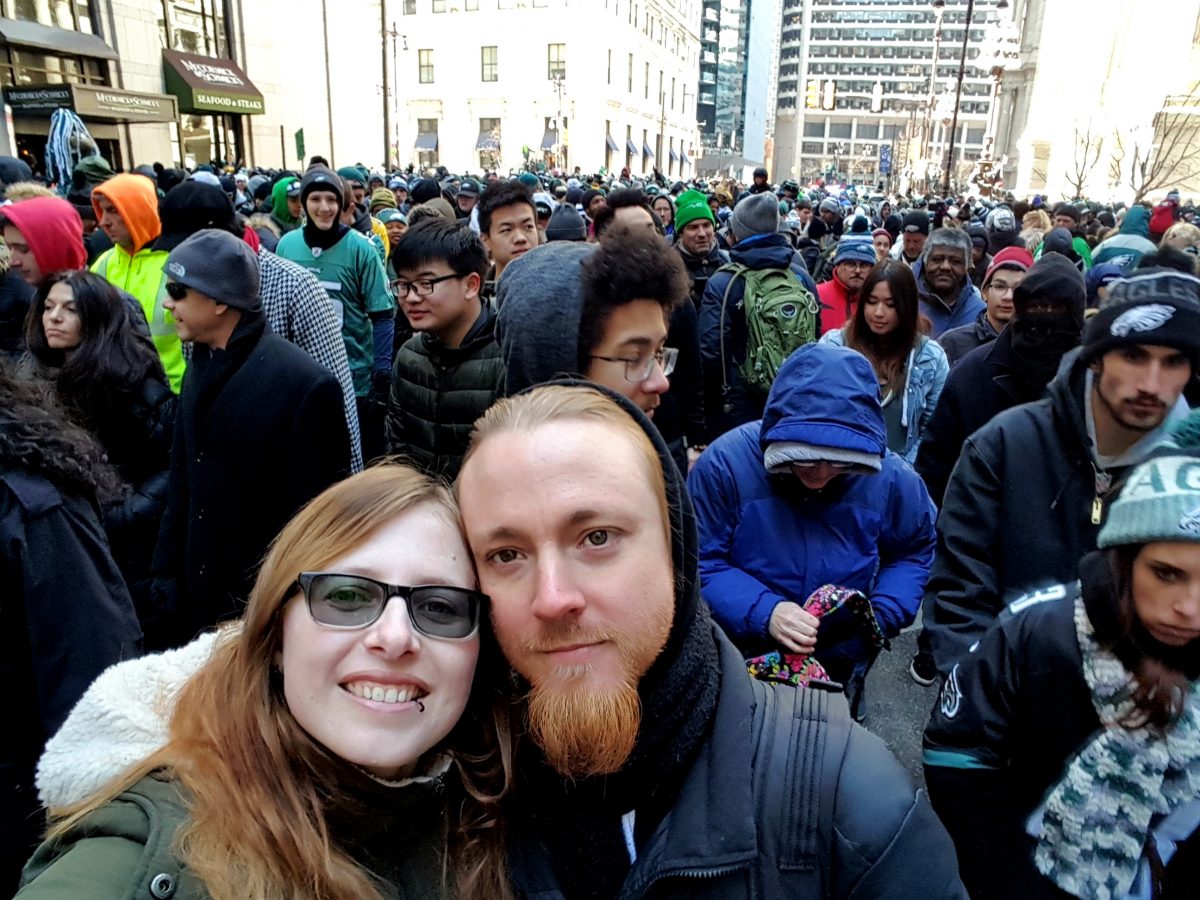