The best time of the year to visit Amsterdam 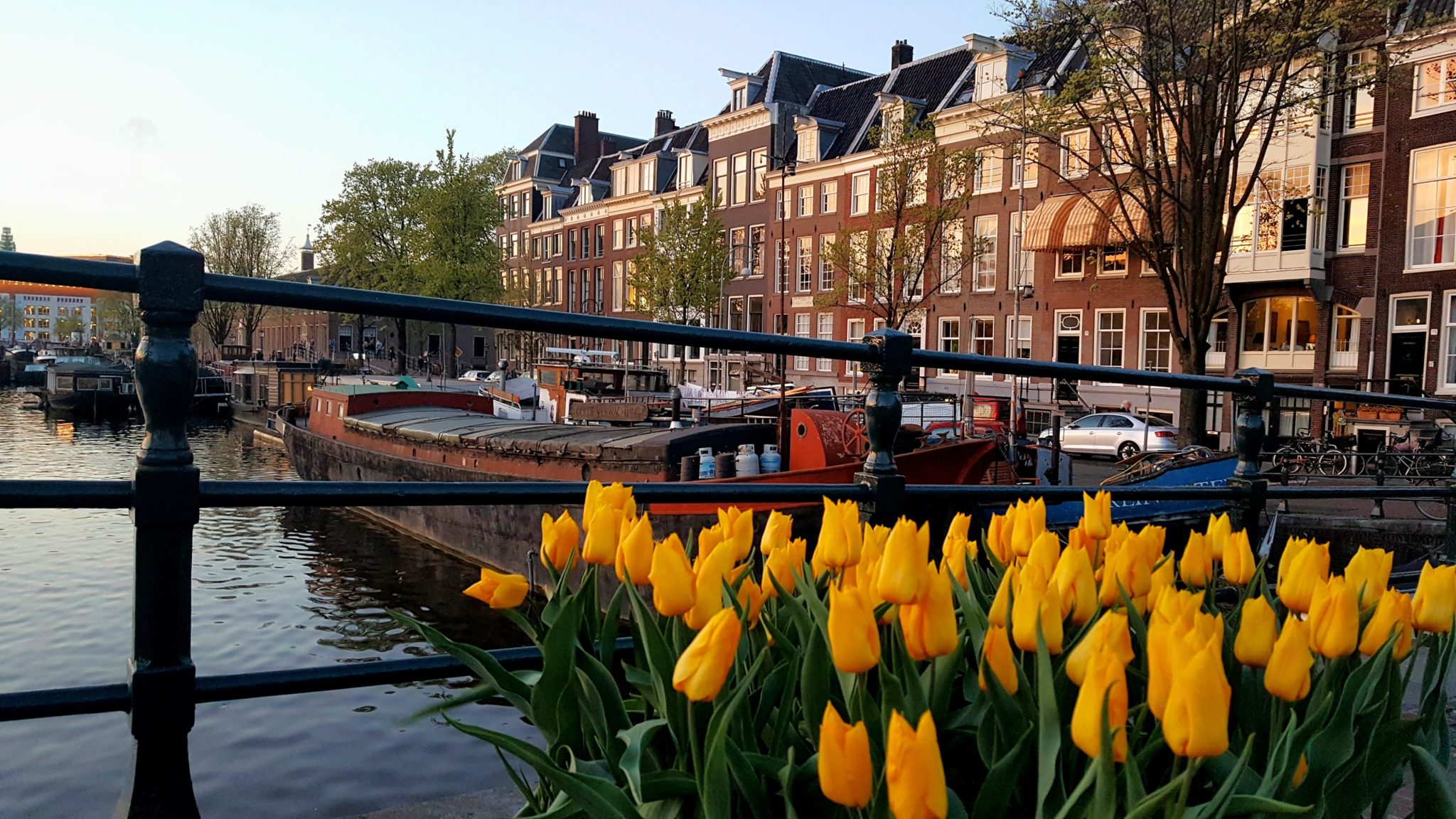 I’ve been living in Amsterdam for two years now and although I enjoy every season in the city, I have a clear . Let me give you a hint: tulips. Did you get it? In my opinion, the best time of the year to visit Amsterdam is spring. Here’s why:

There are flowers everywhere!

Spring in Amsterdam is all about the flowers! The city is never as as during spring. Every street, bridge, flower pot and lawn in the Dutch capital has flowers. Even as I write this post, flowers are randomly popping up everywhere on the lawns in my . Also, do not miss the tulip festival, the flower parade, and the Bloemenmarkt. As I said, it’s all about the flowers.

The weather is pleasant

Chilly and wet winter days are swapped for milder ones. Don’t get me wrong, you’ll still need a light jacket and perhaps an umbrella. But the outside temperature is pleasant, especially during May.

Okay, so Keukenhof is all about flowers too, but the park itself is reason enough to visit Amsterdam in spring. Did you know that 7 million flower bulbs are planted in the park each year? That’s crazy! Keukenhof is an experience, a spectacle with tulips, hyacinths, daffodils, orchids, roses, irises, carnations, lilies, and many more flowers. I’ve visited the park every year since moving to the Netherlands and I plan to visit it again this year. Read more about my best tips for visiting Keukenhof in May here.

It’s not too busy

People flock to the city to see the tulips in bloom. And although Amsterdam is busy, it’s not quite as crowded as during summer. Yes, Keukenhof is packed. By lunch time, the park is usually filled to capacity. But it’s still comfortable to walk around the city and visit all the attractions.

I’ve already mentioned the most important flower-related events, but there are so many other things happening in Amsterdam during spring. King’s Day is my public holiday in Holland. Amsterdam shuts down and becomes one big flea market. Everybody celebrates, orange is everywhere and boat parties take over the canals. Read more about celebrating King’s Day in Amsterdam here.

As I said above, I like every season in Amsterdam, but I love spring. Below I briefly discuss the best and worst aspects of summer, autumn, and winter in the city.

July and August are the peak tourist months in Amsterdam, during the European summer when the weather is at its finest. The temperature is pleasant and warm, even hot at times. The city gets very busy, too crowded for my liking. Aside from the long list of regular attractions in Amsterdam, lots of events take place during summer, for example, music festivals. You won’t be bored for a second! But then again, the crowds. To sum it up, the best thing, for me, about summer in Amsterdam is the pleasant weather (mostly the beautiful sunsets), and the worst, the swarms of tourists.

Tip: Even during summer, the weather can be very unpredictable. Be sure to pack a light jacket for cooler days and an umbrella or poncho for rainy ones.

You know autumn has arrived in Amsterdam when the temperature cools down and the rain starts to pour from the sky. Yep. It rains, a lot. But there is definitely fewer tourists and the changing of the leaves from green to yellow to orange to red, is magical. The best thing about autumn is the beautiful foliage and the worst is the weather (specifically the rain). It’s just miserable for me.

Although Amsterdam is illuminated at night, winter sees the addition of extra lights to the city: Christmas lights and the Amsterdam Light Show. Christmas markets pop up across the city and the fireworks on New Year’s Eve are insane. As for the weather, it’s cold and rainy and on the rare occasion, it snows. Crowds roll into the city from mid-December and stay until New Year’s Day. The best thing about winter, for me, is the snow (even if it only snows twice), and the worst, the cold temperatures make me lazy and very reluctant to leave the apartment (I become a couch potato).

Which season in Amsterdam is your favourite and why? Let me know in the comments below.

A complete guide to Gouda