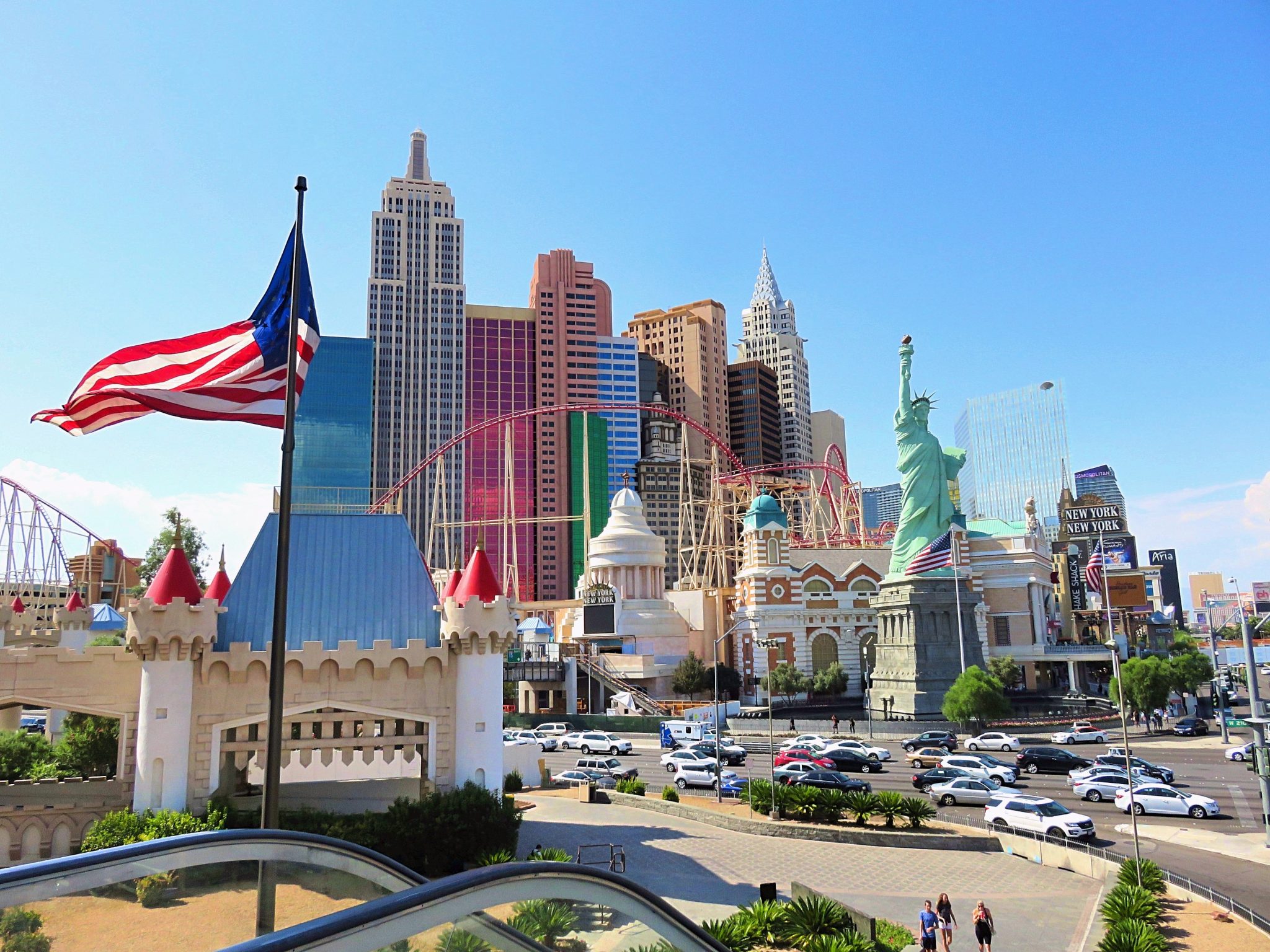 I wouldn’t say that I loved Las Vegas. I would describe my time in Sin City as an ‘interesting experience’. It’s funny because Las Vegas is supposed to be this city where everything goes, and to a certain extent, it is. But instead of liberty, what I saw and experienced was a city in bondage. But more about that later…

There were certain aspects of the city that I liked very much. I had some of the best donuts of my life at the Donut Bar. Another thing that I liked about the city is all the replicas of famous landmarks. Just walking along the Strip you can be in Venice and Paris and New York! Below I share some of the famous landmarks and countries that you can see in Las Vegas. Who says you have to leave the city to see the world! 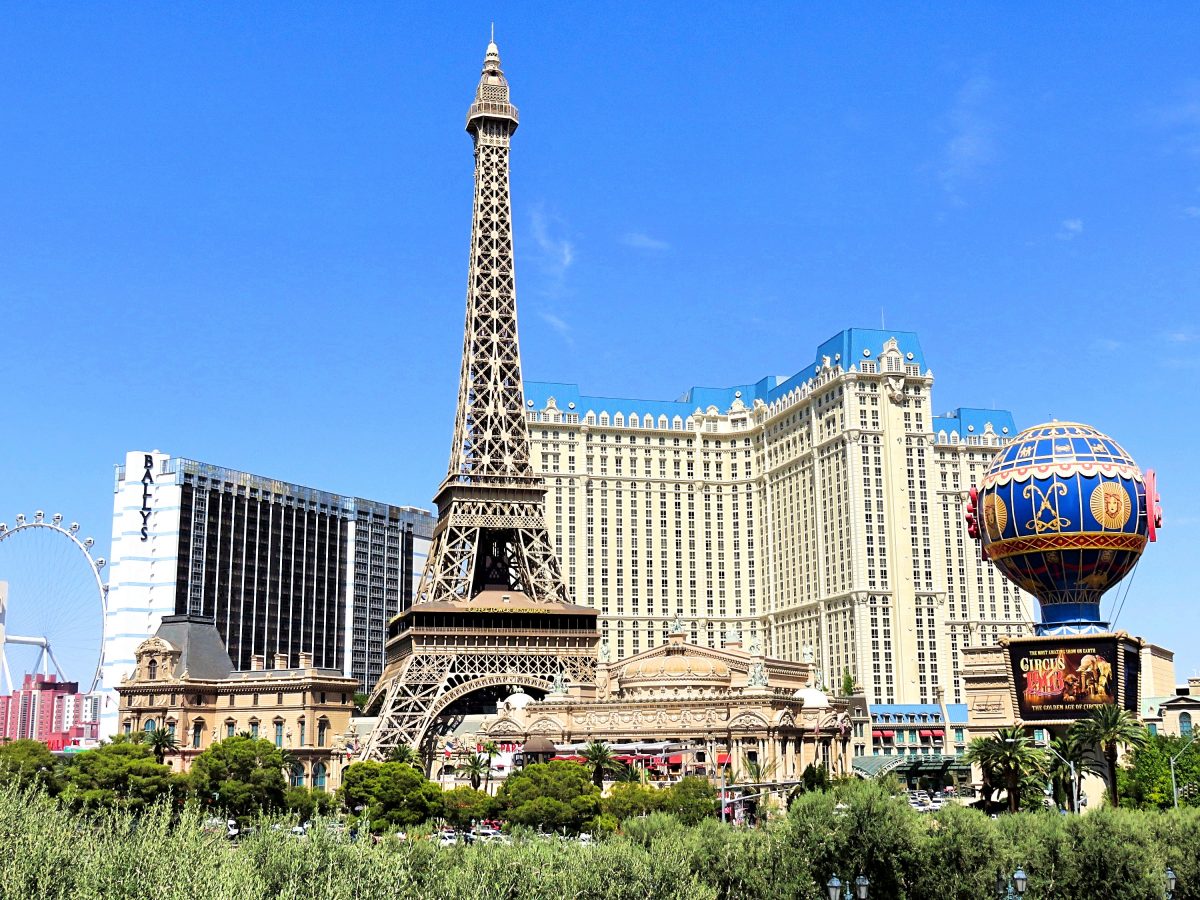 The Luxor Hotel and Casino on the southern end of the Las Vegas Strip looks just like the famous pyramids of Giza. I haven’t traveled to Egypt yet, but I imagine it would look the same, only bigger and way older. Of all the landmarks that I mention in this article, this is the only one I haven’t seen with my own two eyes. 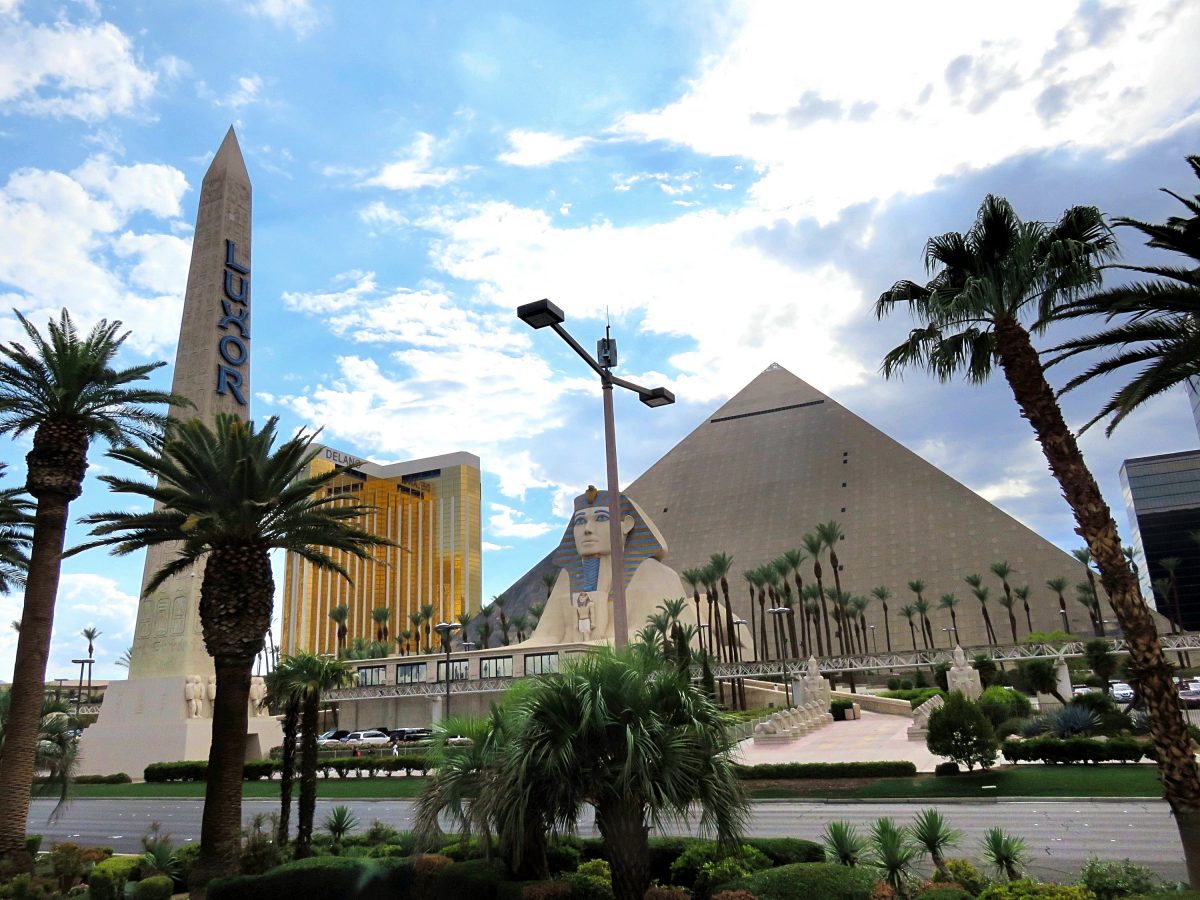 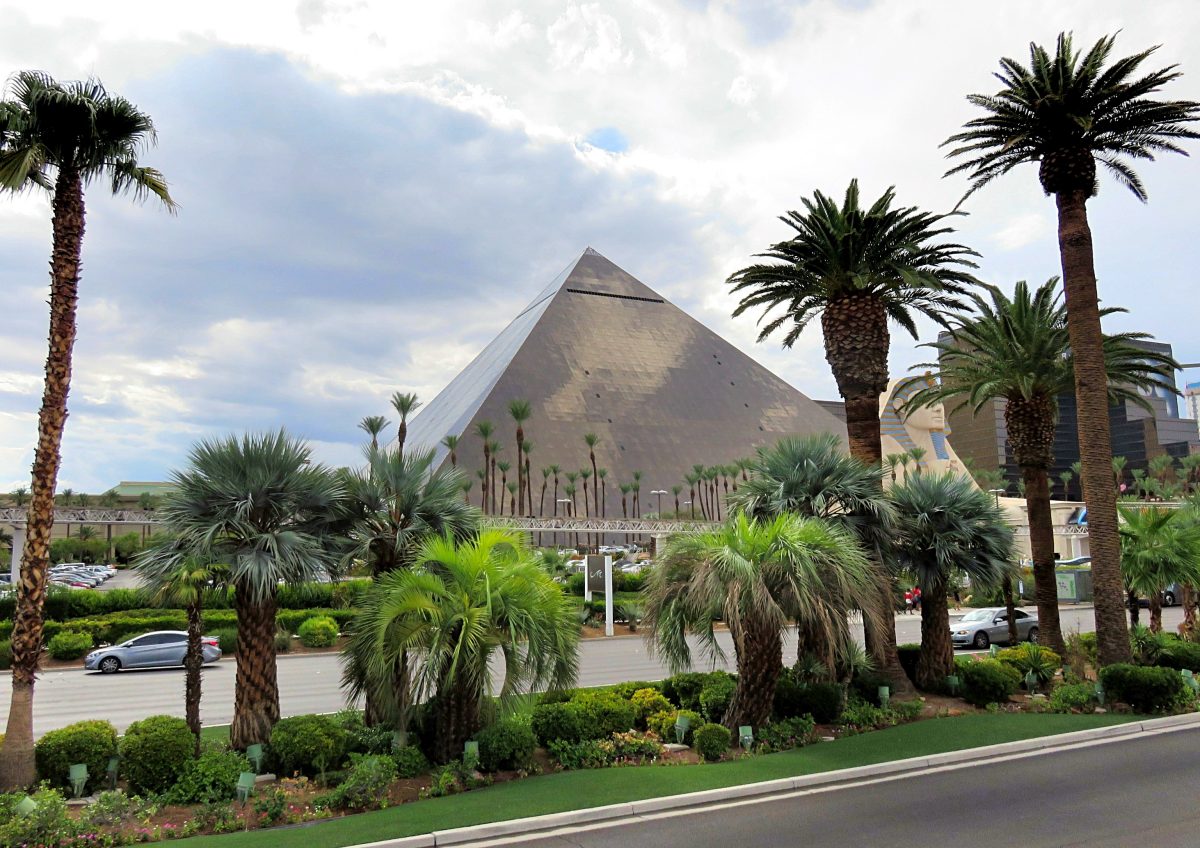 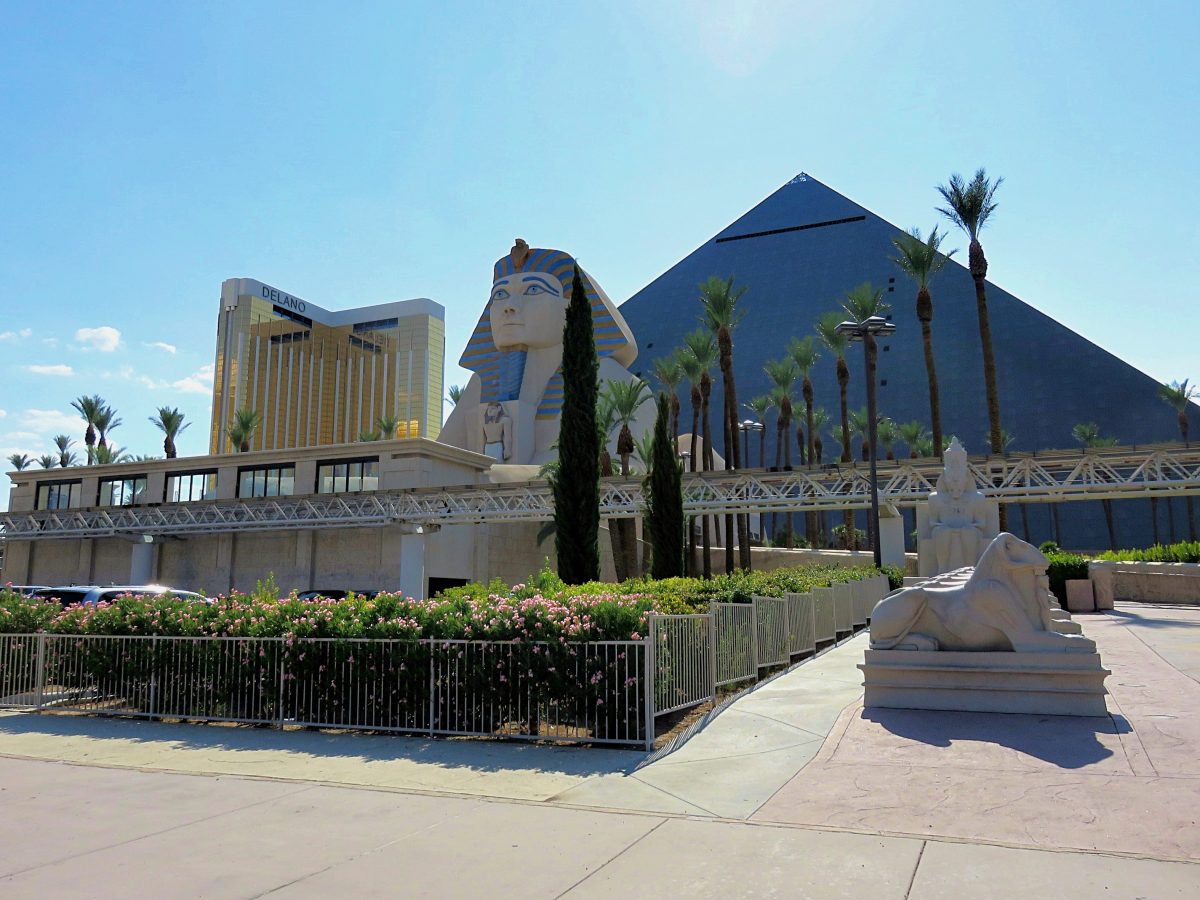 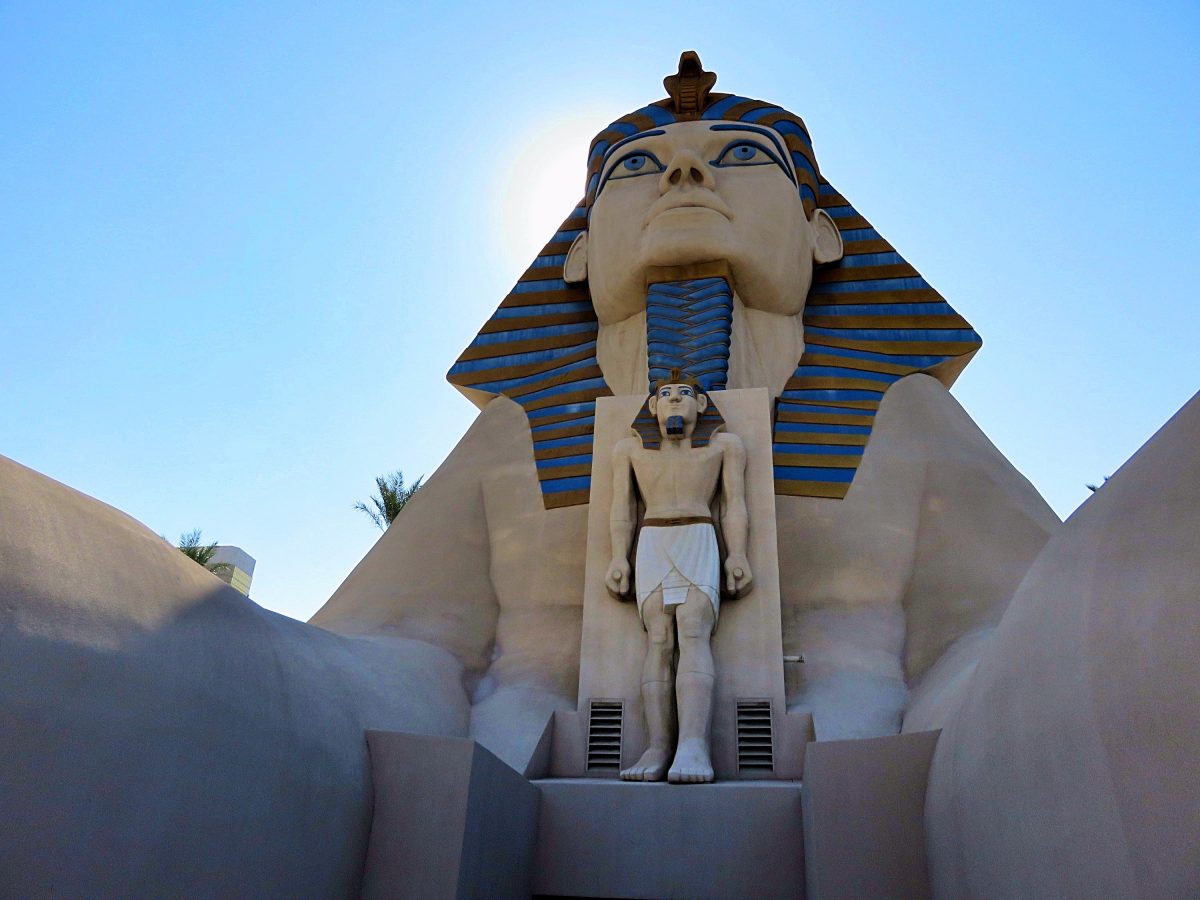 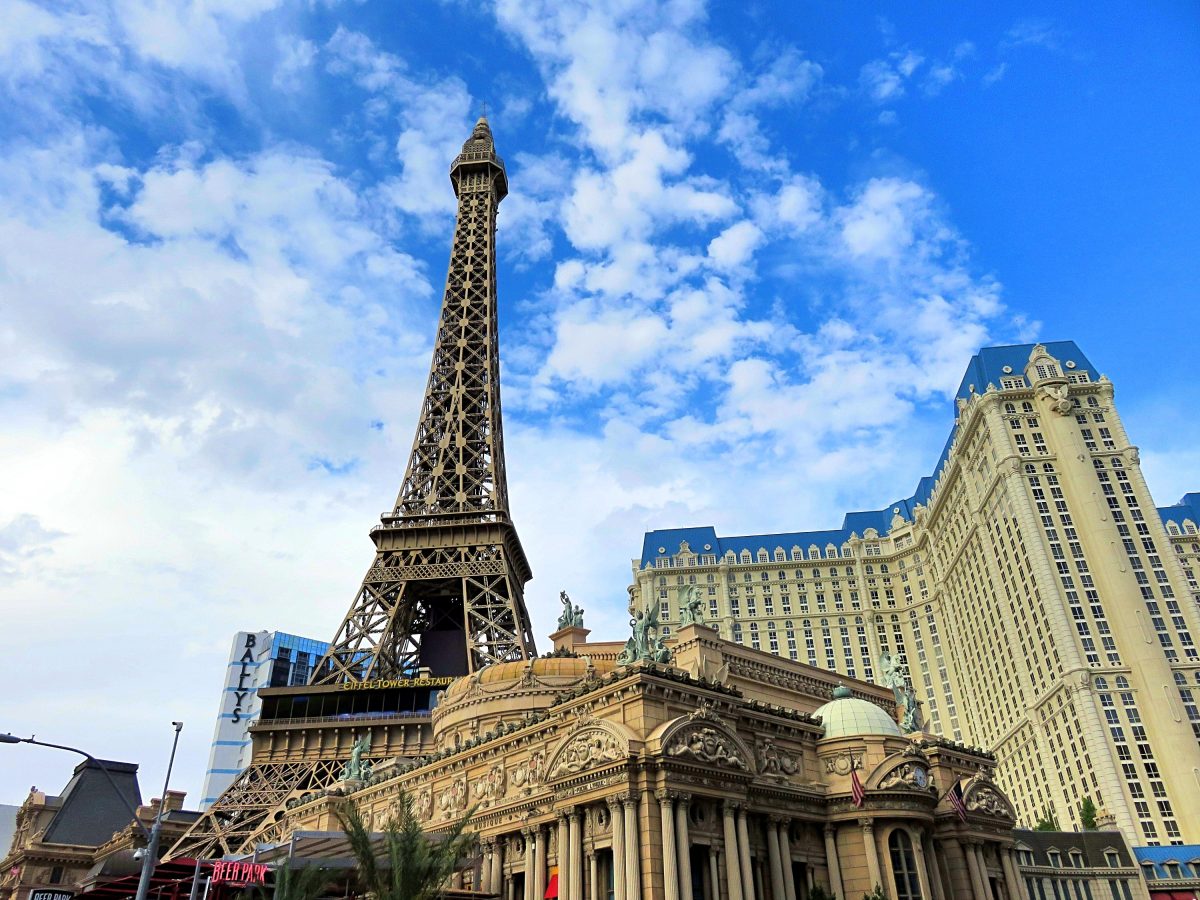 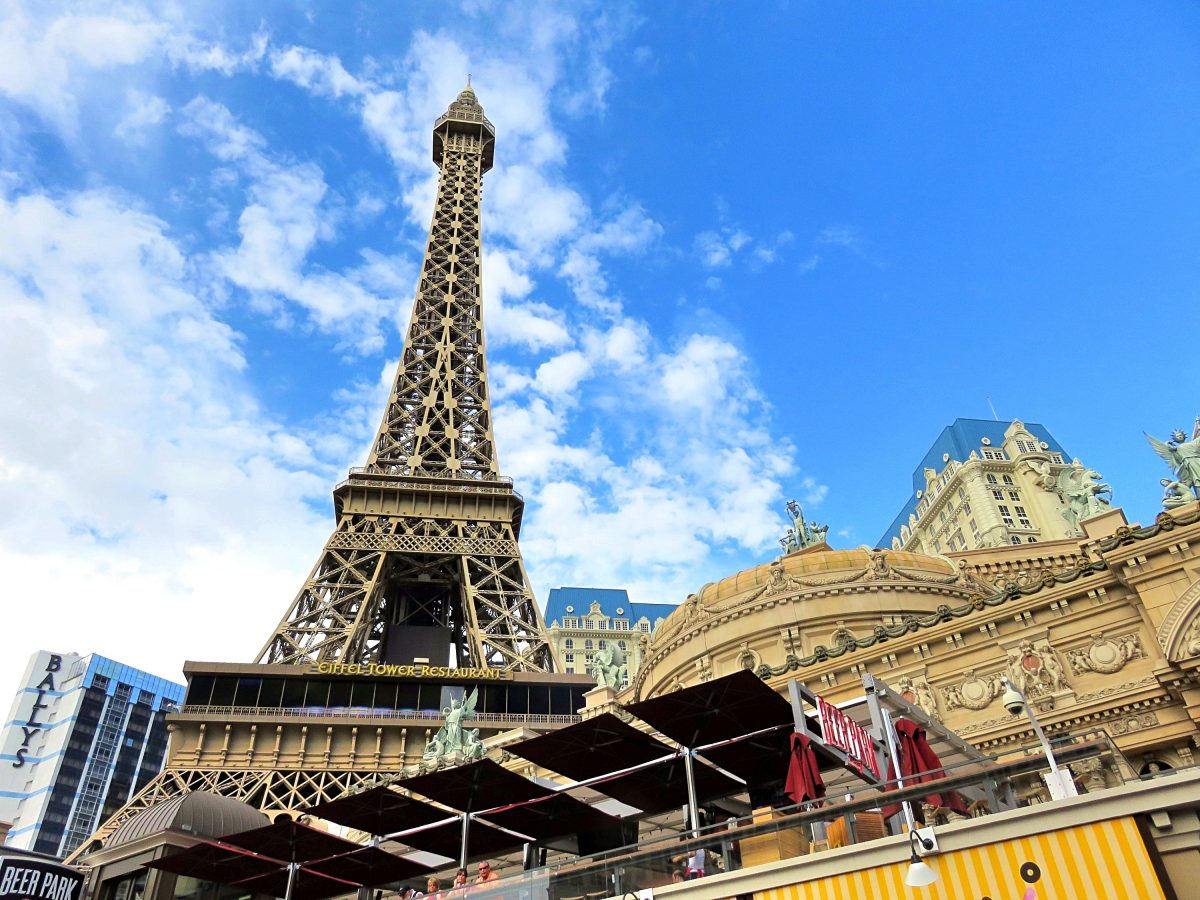 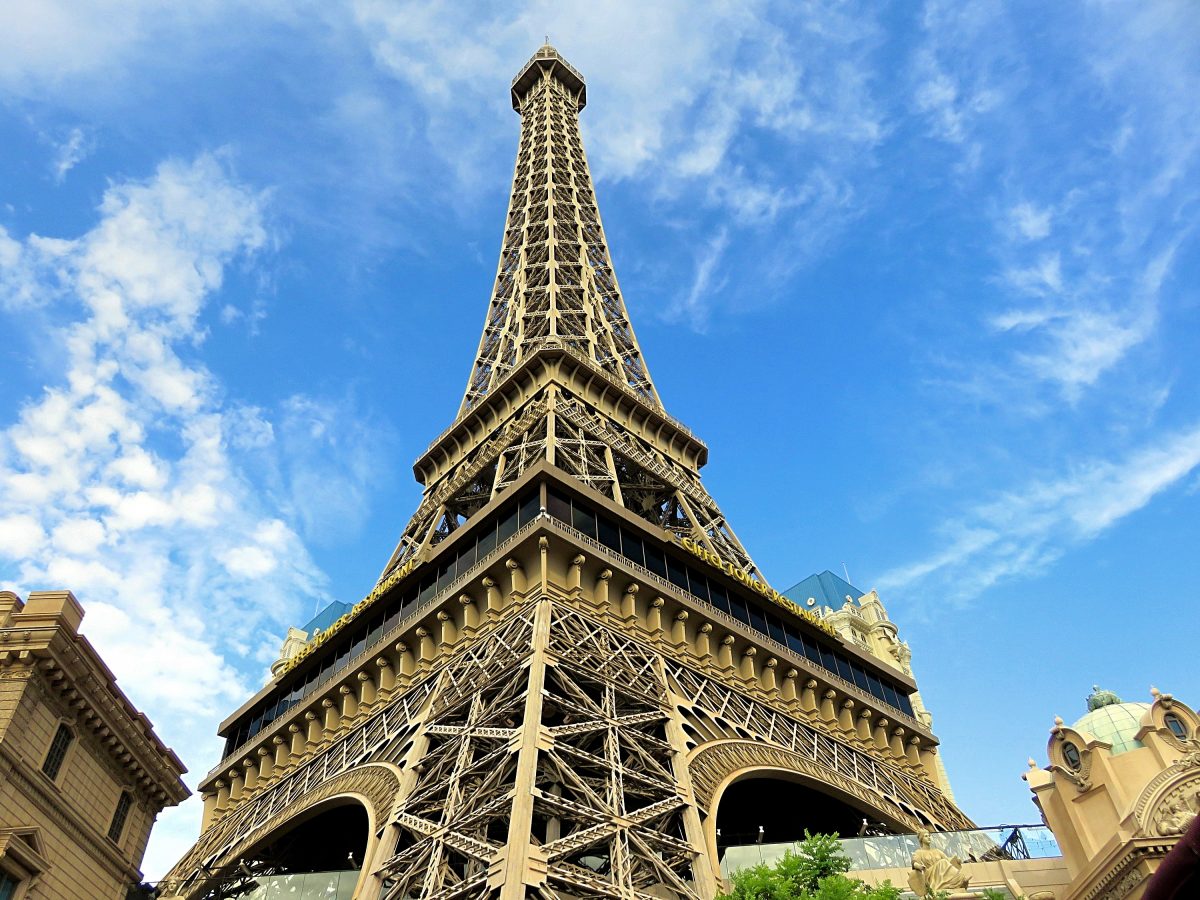 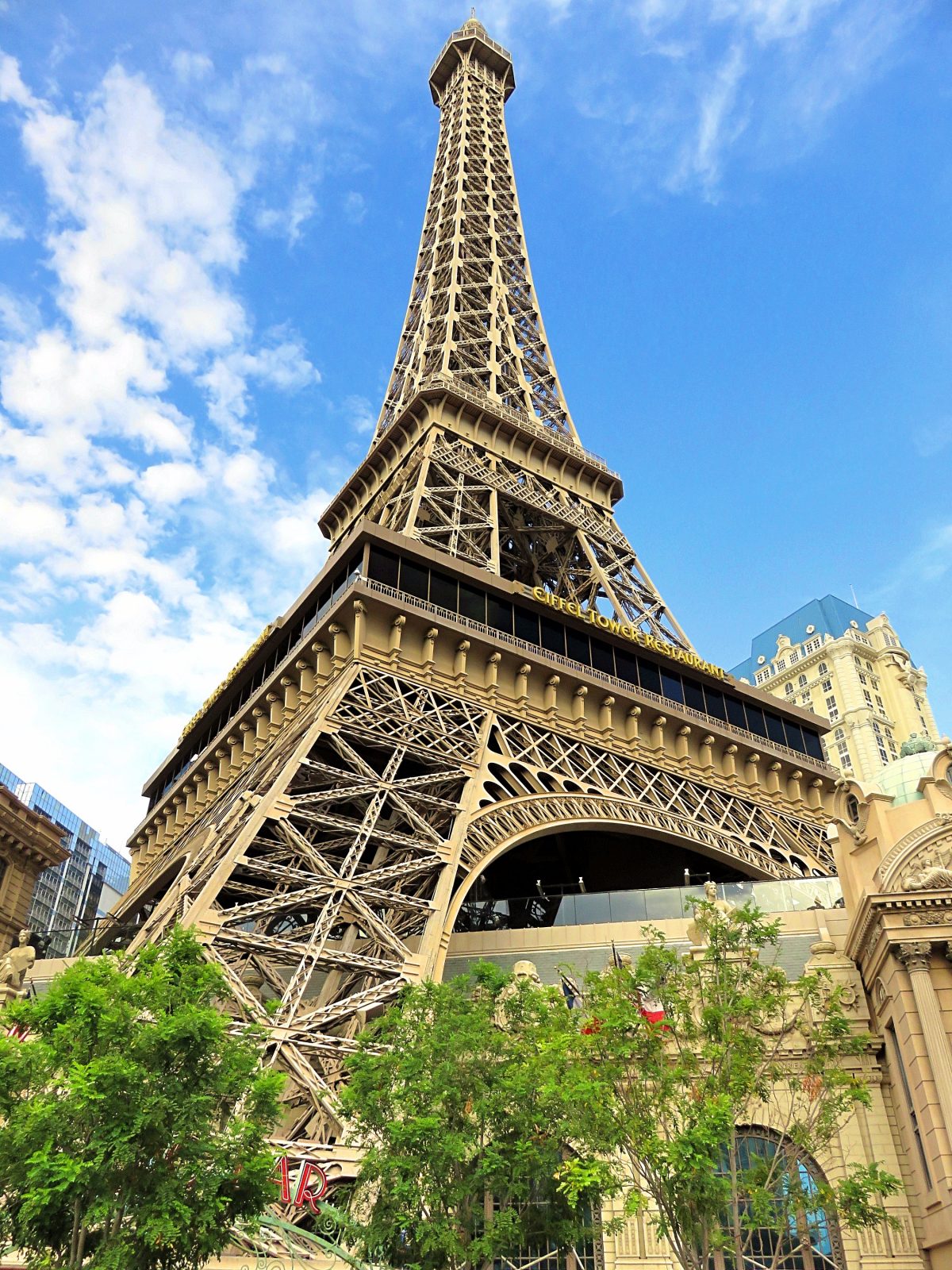 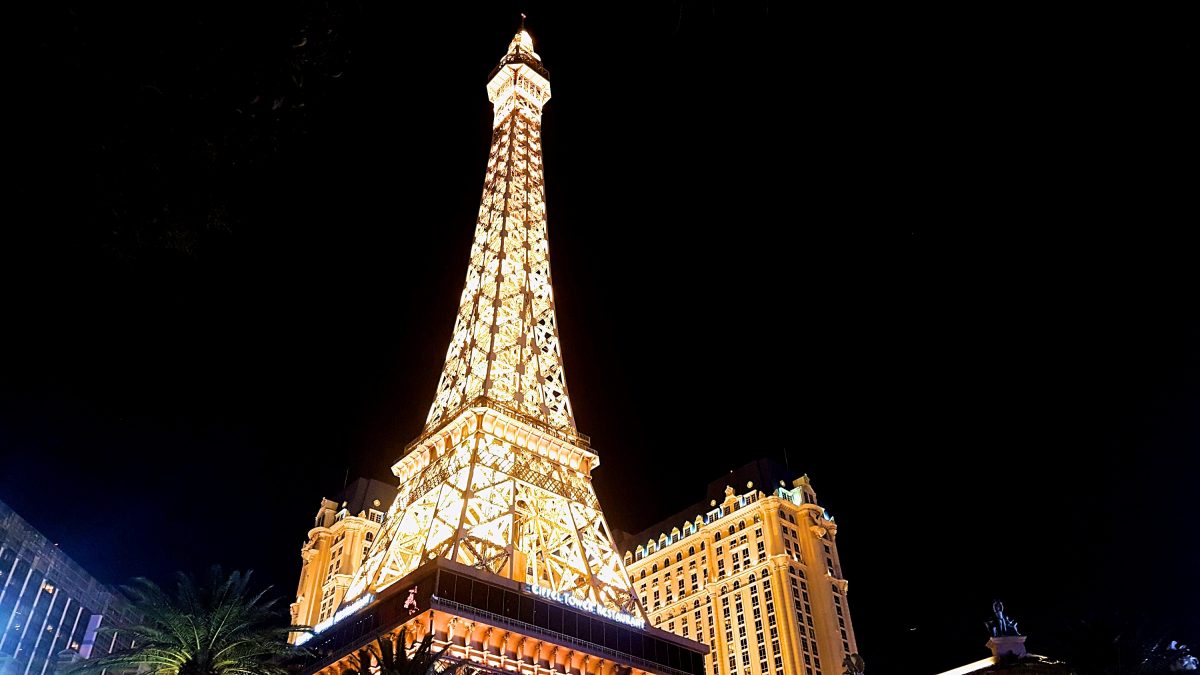 The replica of the Arc de Triomphe is two thirds the size of the original one in Paris. It’s actually quite difficult to spot with all the tall buildings around it. I almost didn’t see it. 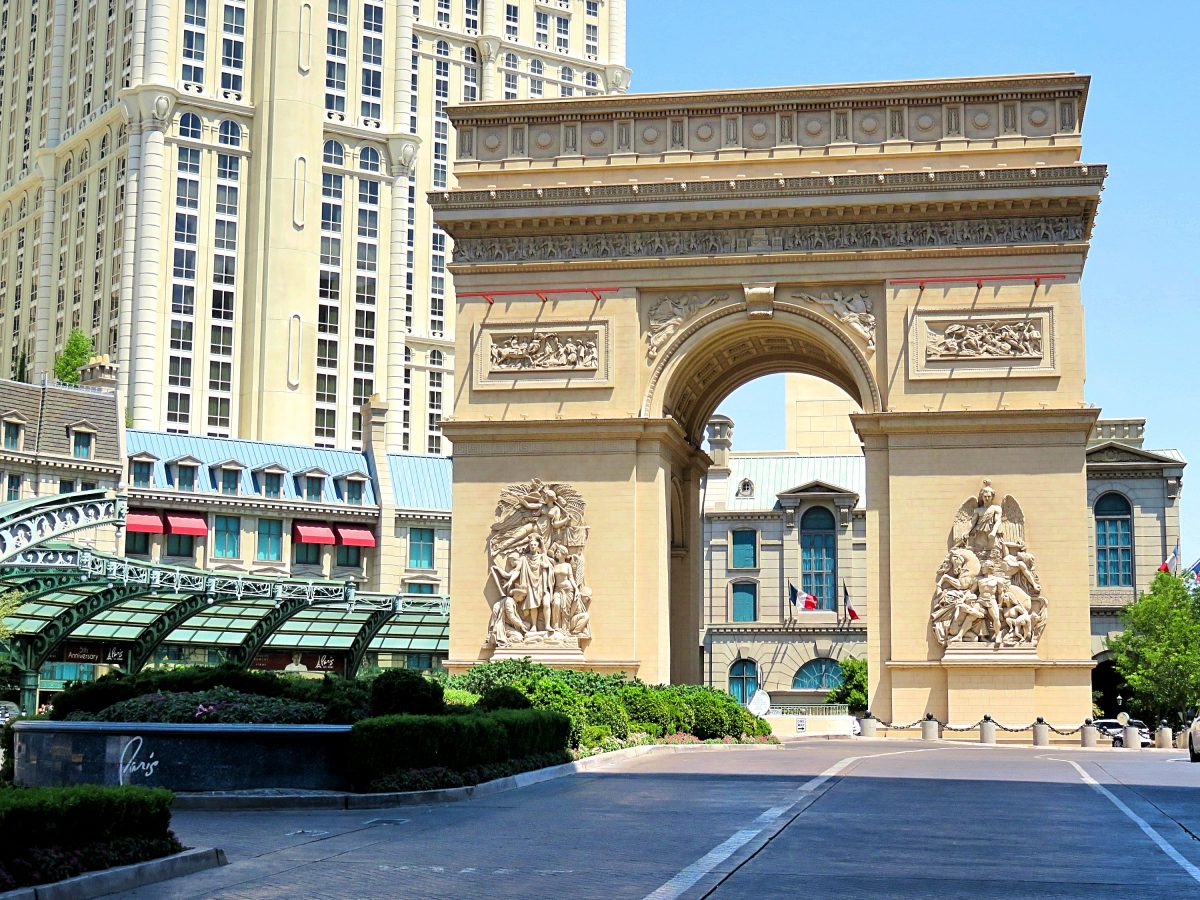 There are lots of replicas of famous Italian landmarks in Las Vegas. Having been in the real Venice just a week before going to Las Vegas, I especially enjoyed the replicas at The Venetian.

This is arguably the most famous landmark in Venice, so I very much enjoyed seeing this replica! The replica is so realistic that it has been substituted for the real Rialto Bridge in some movies. It’s definitely less crowded than the real bridge in Venice!

This is the first landmark that your eyes will catch as you look at the Venetian. It’s really striking and difficult to miss. Unlike the real tower in Venice, you cannot climb this replica in Las Vegas. 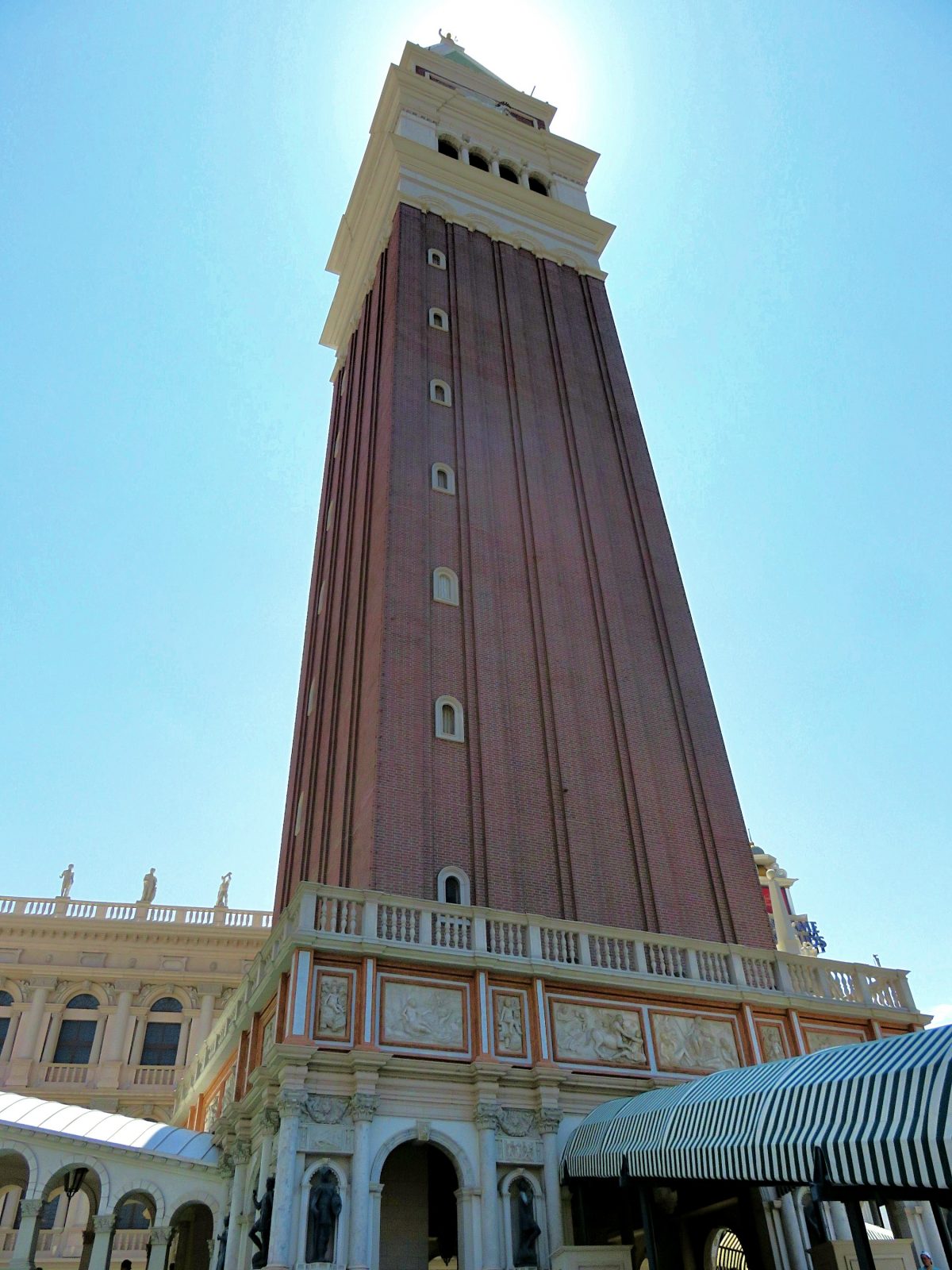 It was pretty cool to walk through this replica as I didn’t go inside the real Doge’s Palace the week before. 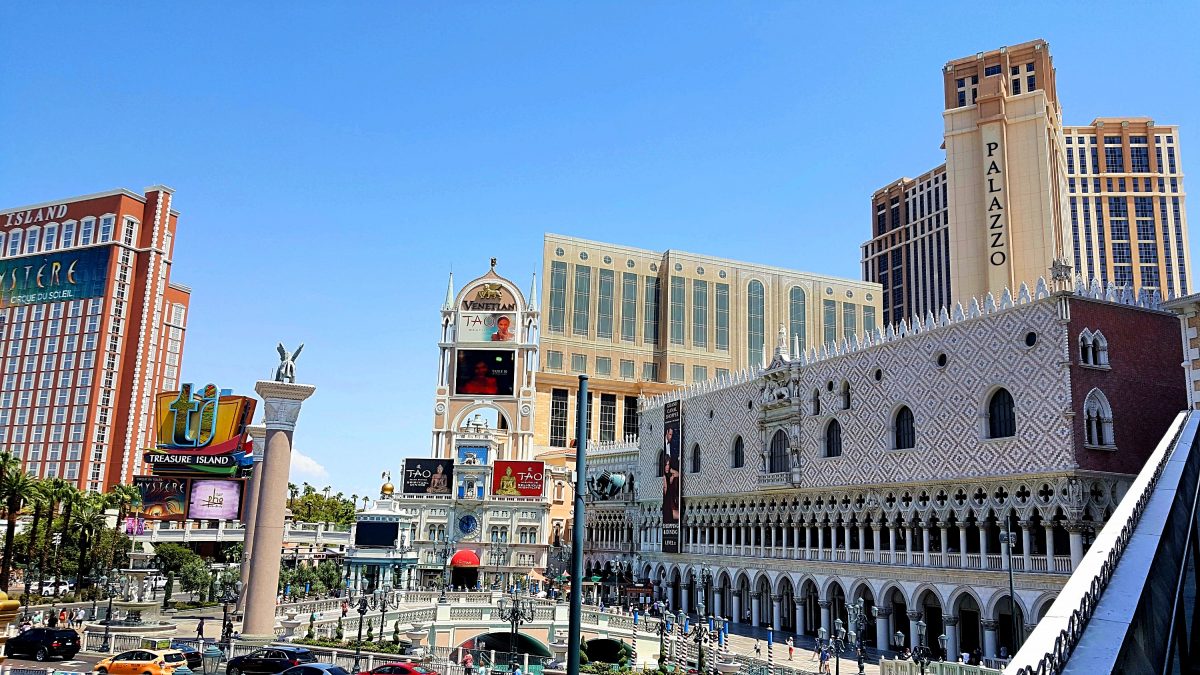 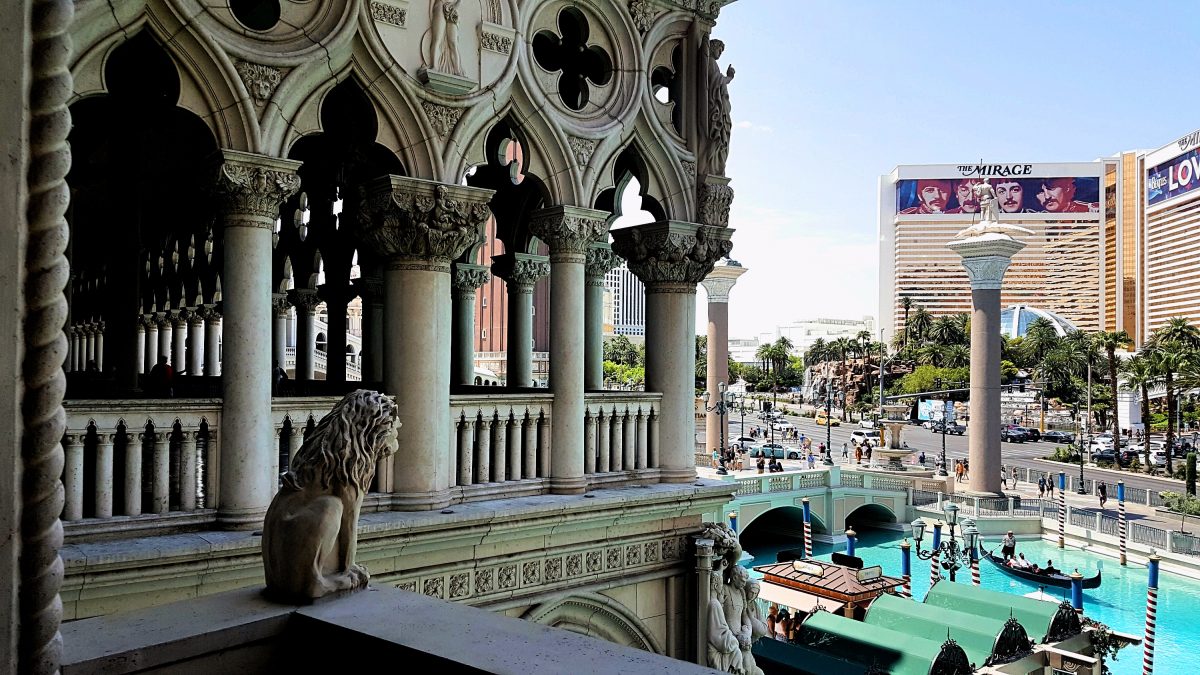 If you go inside The Venetian to the shops, you’ll find water canals with gondolas! There was a long queue to buy tickets for a gondola ride. I found this strange because one, the tickets were really expensive, even more so than a gondola ride in Venice, and two, in Venice you won’t queue for a gondola ride, there are so many gondoliers across the city. But I suppose if you can’t get to Venice, this is the next best thing. 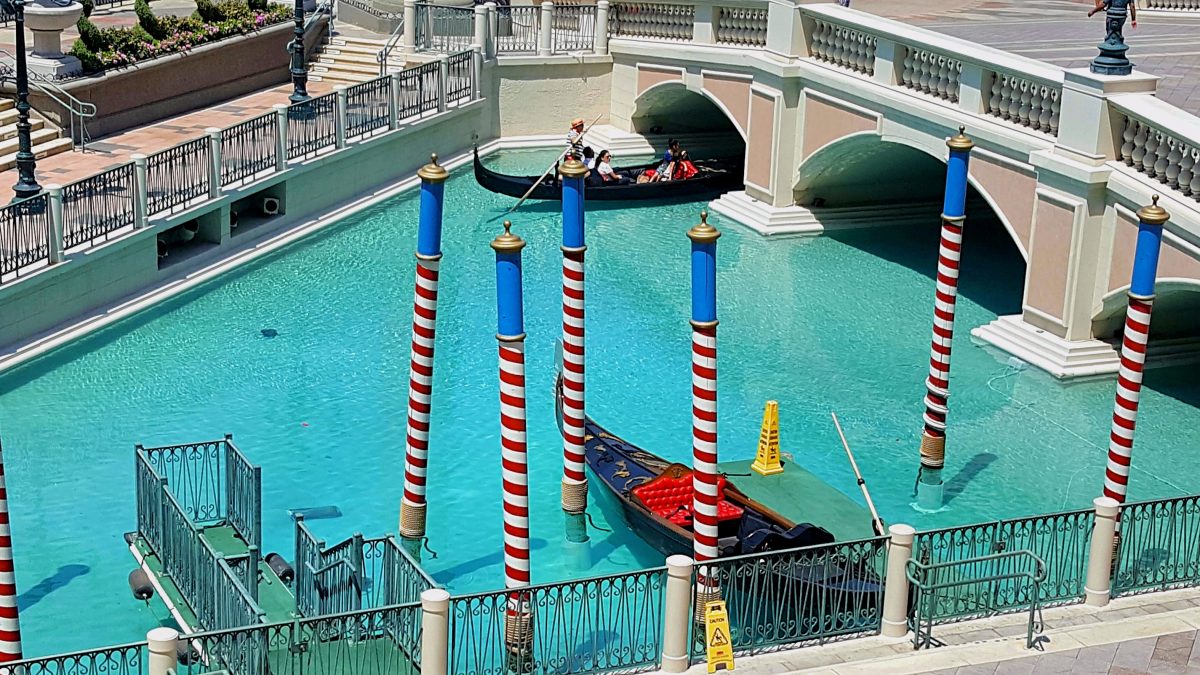 If you enter the Forum Shops at Caesars Palace, and you look up at the roof, you will notice that it looks like the roof of the Pantheon in Rome! 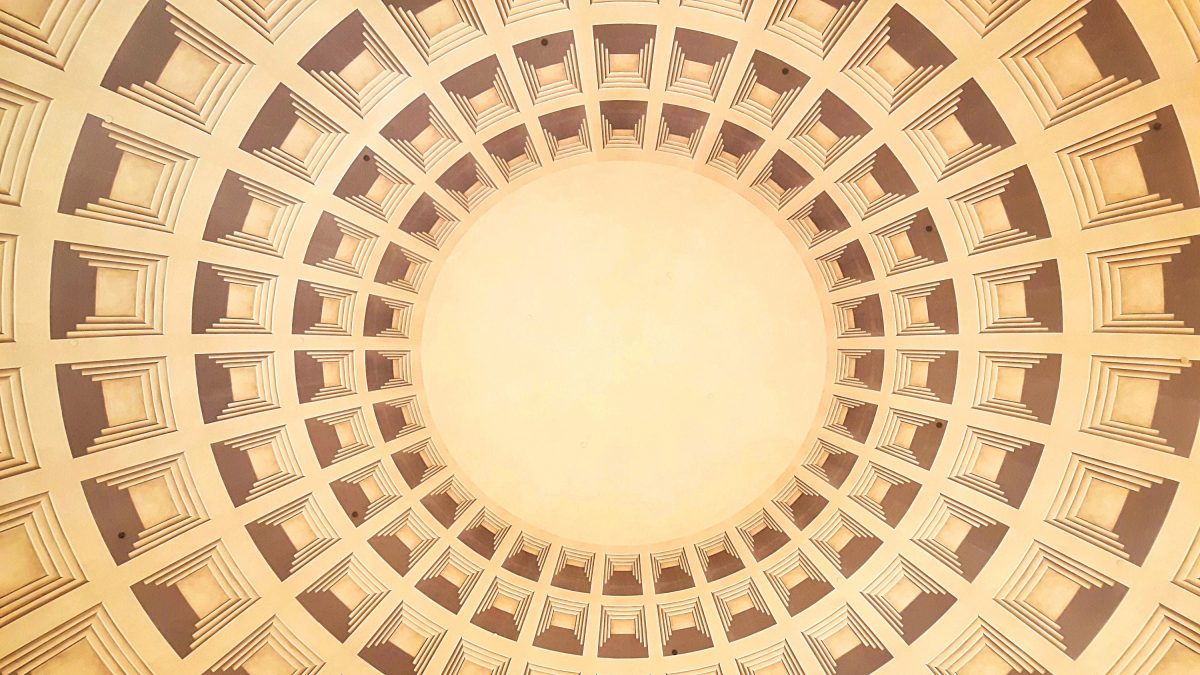 The Colesseum is probably the most famous landmark in Rome. So it’s only fitting that with all the other famous Italian landmarks in Las Vegas, there’s a replica of the Colosseum too. 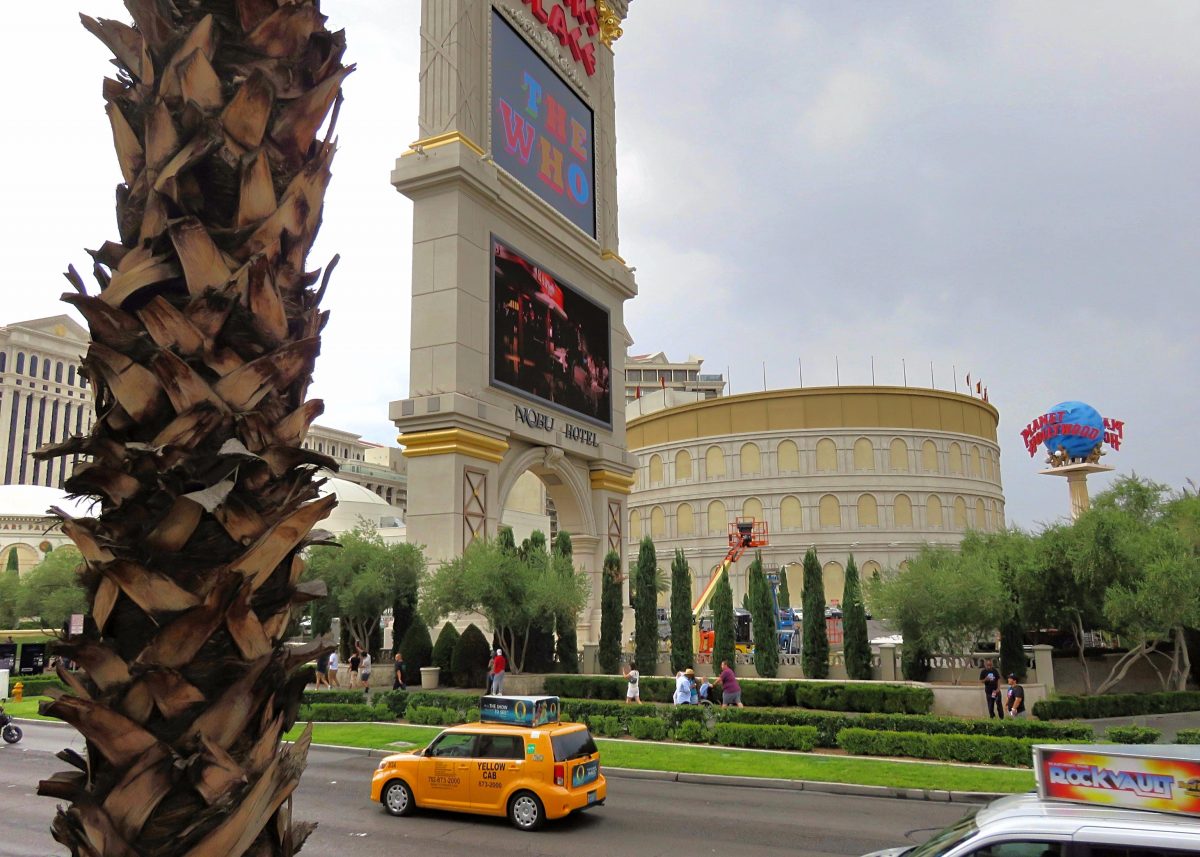 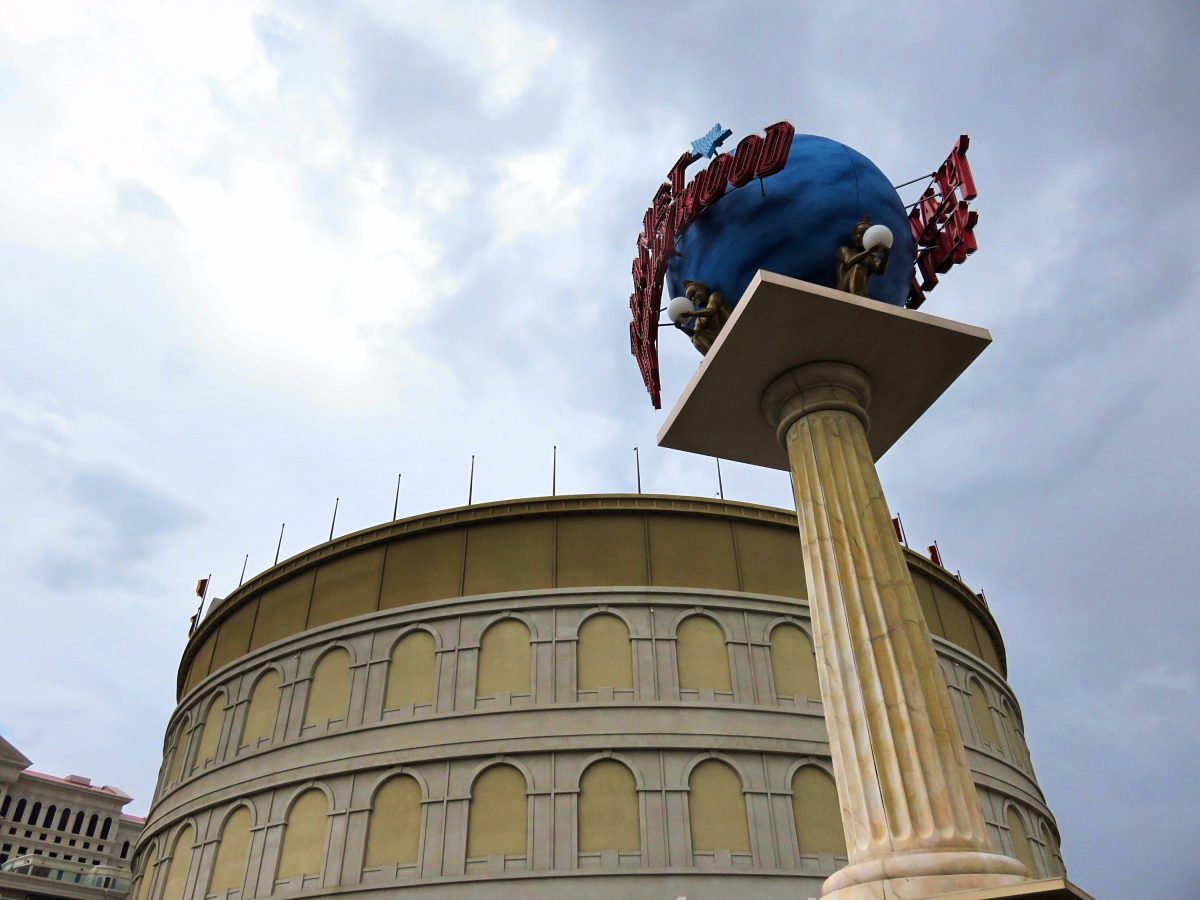 Just next to the Forum Shops at Caesars Palace entrance, you can find a replica of the Trevi Fountain. This was a very popular replica with lots of photographers with huge lenses snapping photographs and people taking selfies. 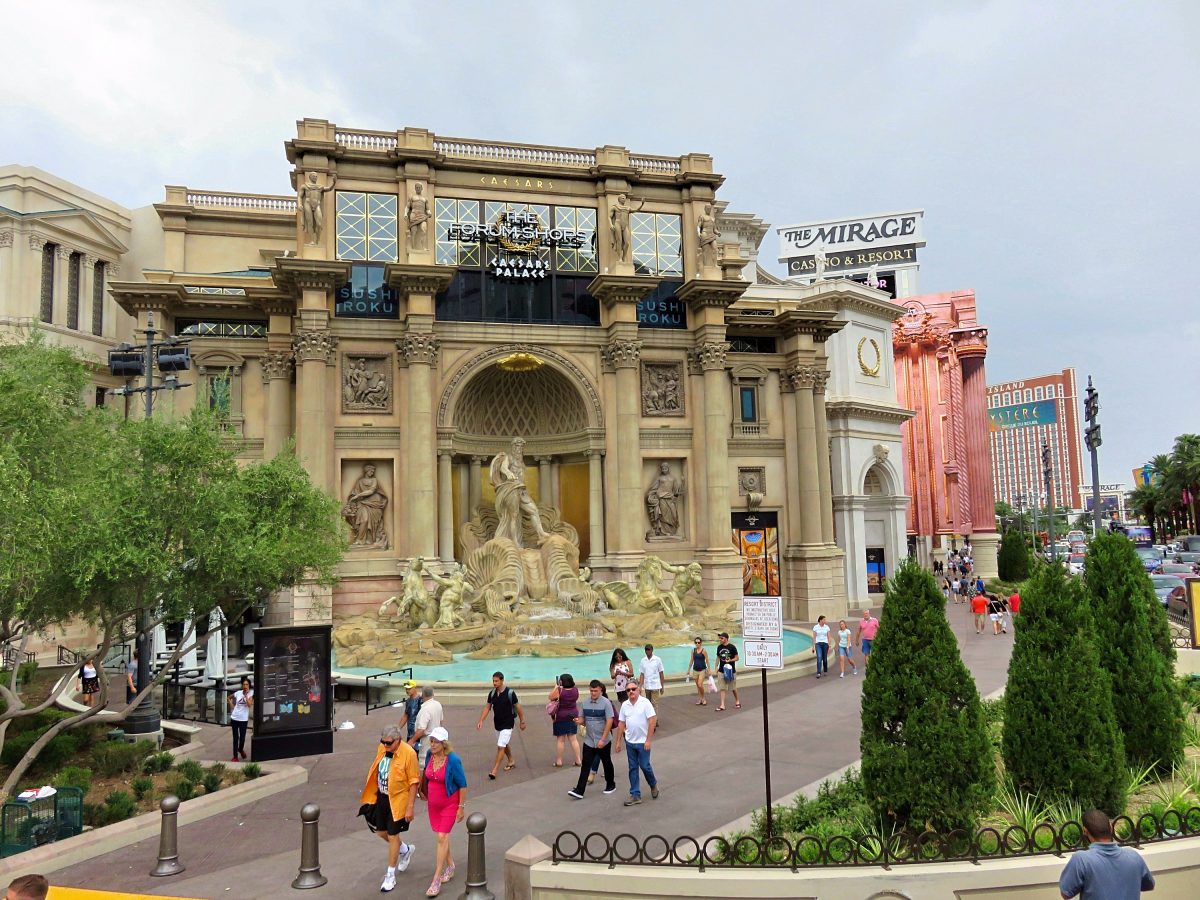 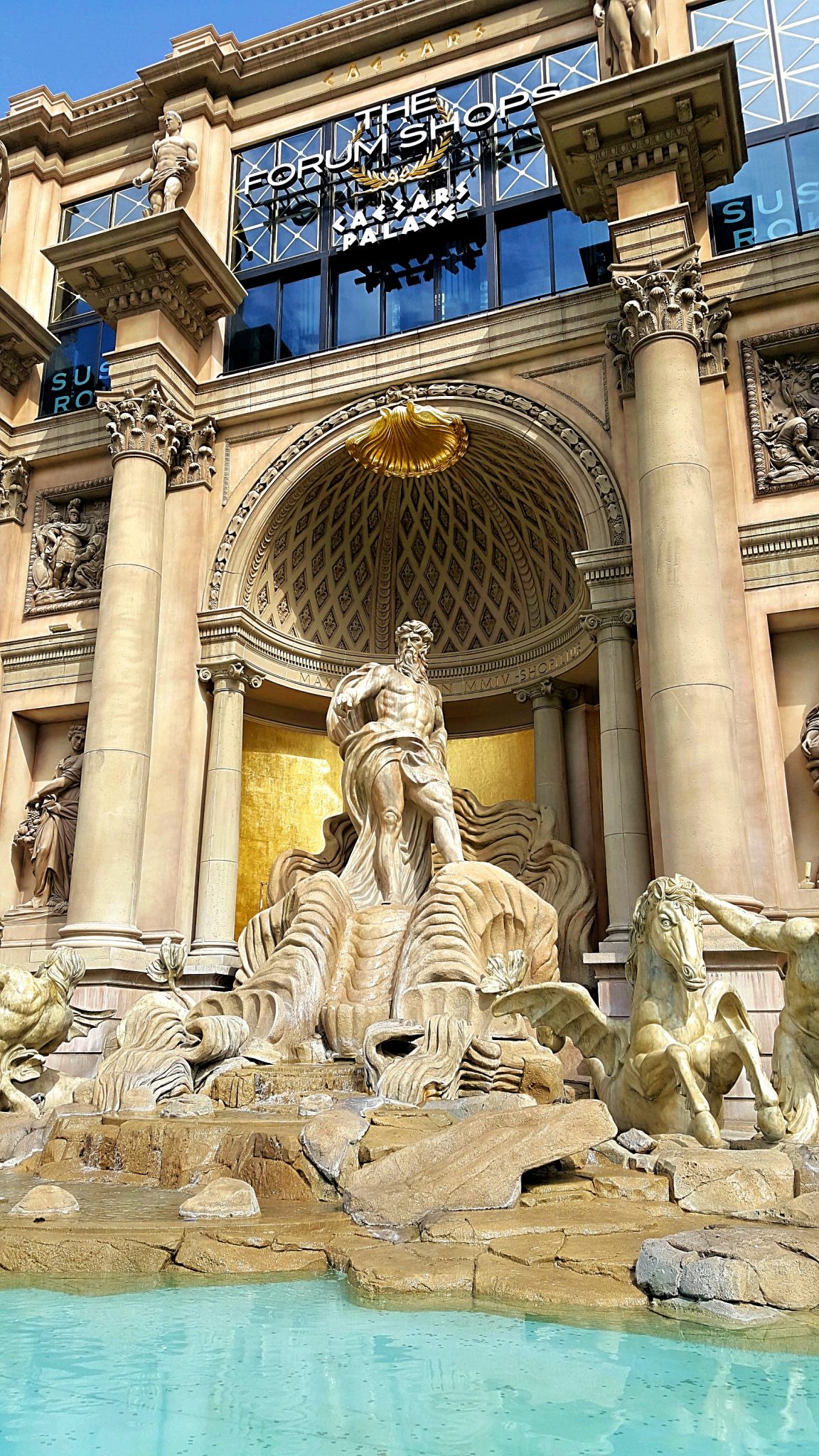 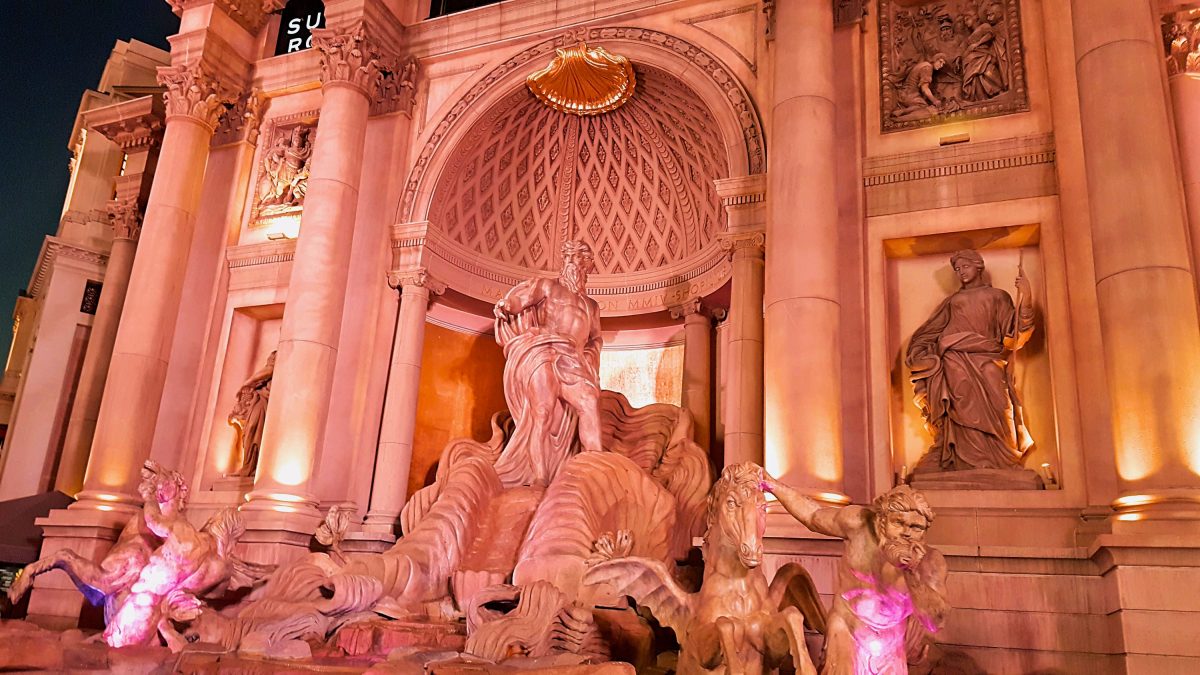 Having been to the real Statue of Liberty, this is a pretty damn good replica! The only thing that’s missing is the water around the statue! And the fact that you cannot climb this replica. 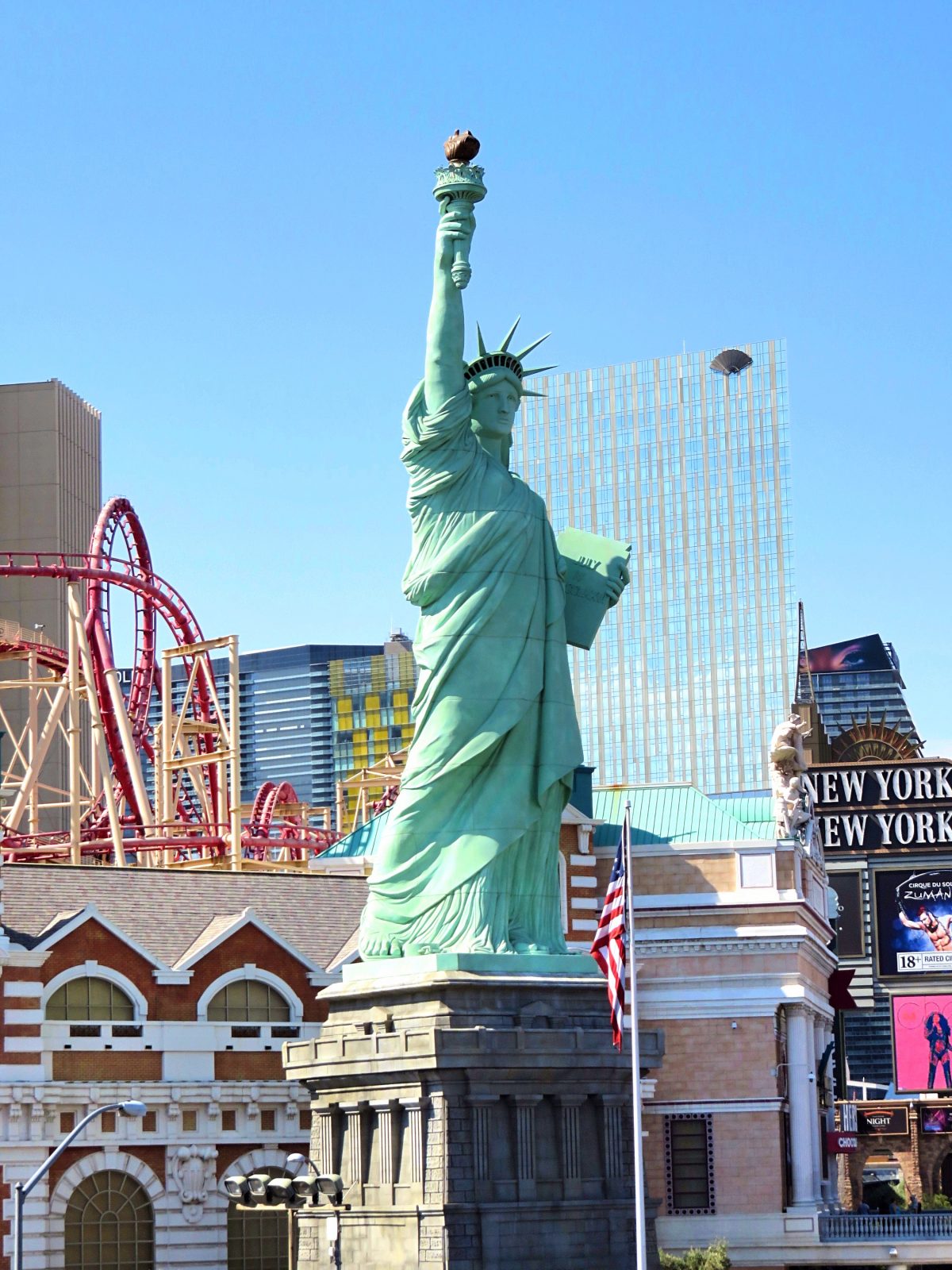 The replica of the Brooklyn Bridge certainly captures the look of the real one, but not the size! It’s a mini version of the real bridge in New York. 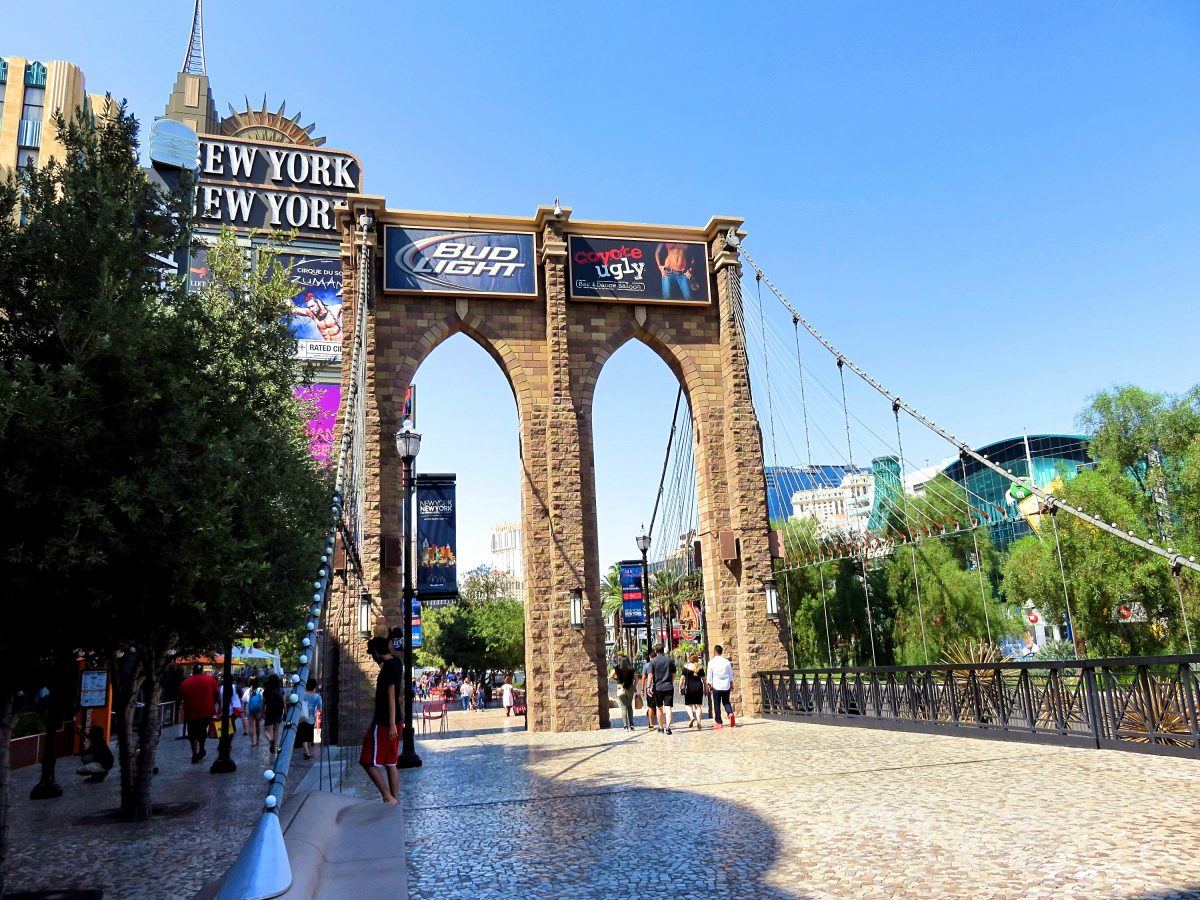 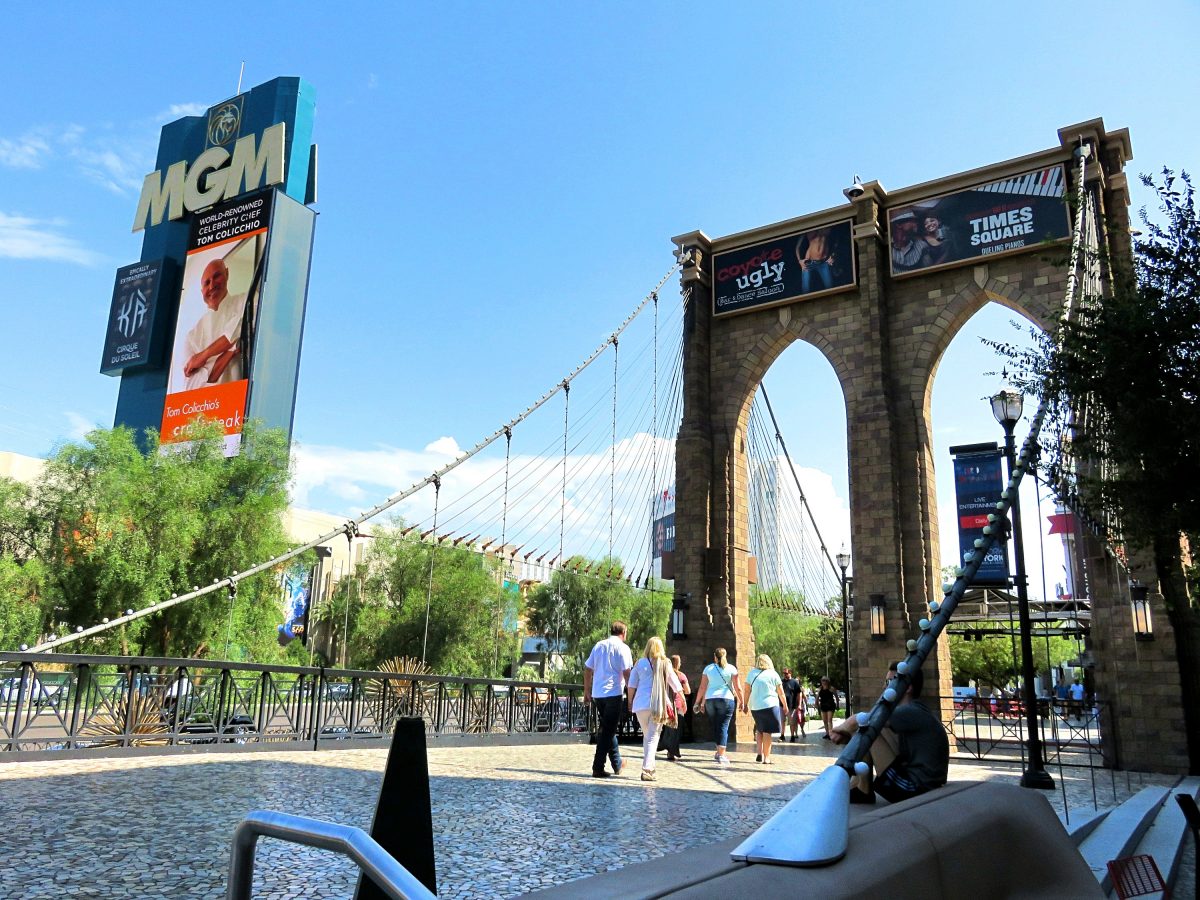 I really enjoyed the replica of the Manhattan Skyline at the New York New York hotel and casino in Las Vegas. Some of the famous buildings you can expect to see in this skyline include the Empire State Building, the Chrysler Building and of course, the Statue of Liberty. 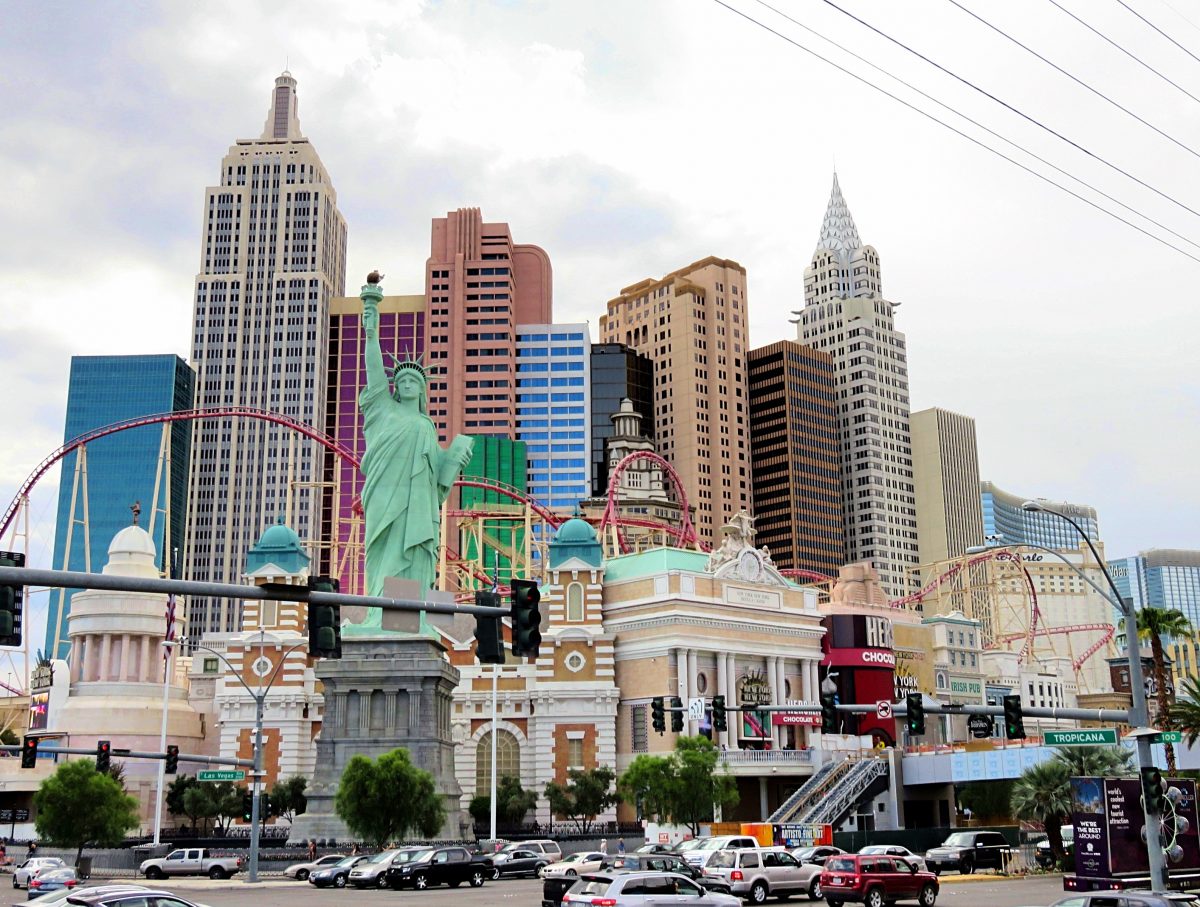 While I really enjoyed seeing these replicas in Las Vegas, nothing beats the ‘real thing’. The replicas might look like their original counterparts, but there is more to a landmark than the way it looks. Do you know what I mean? Each landmark invokes specific memories or feelings. While these replicas certainly capture the look, they don’t exactly capture the ‘feel’. 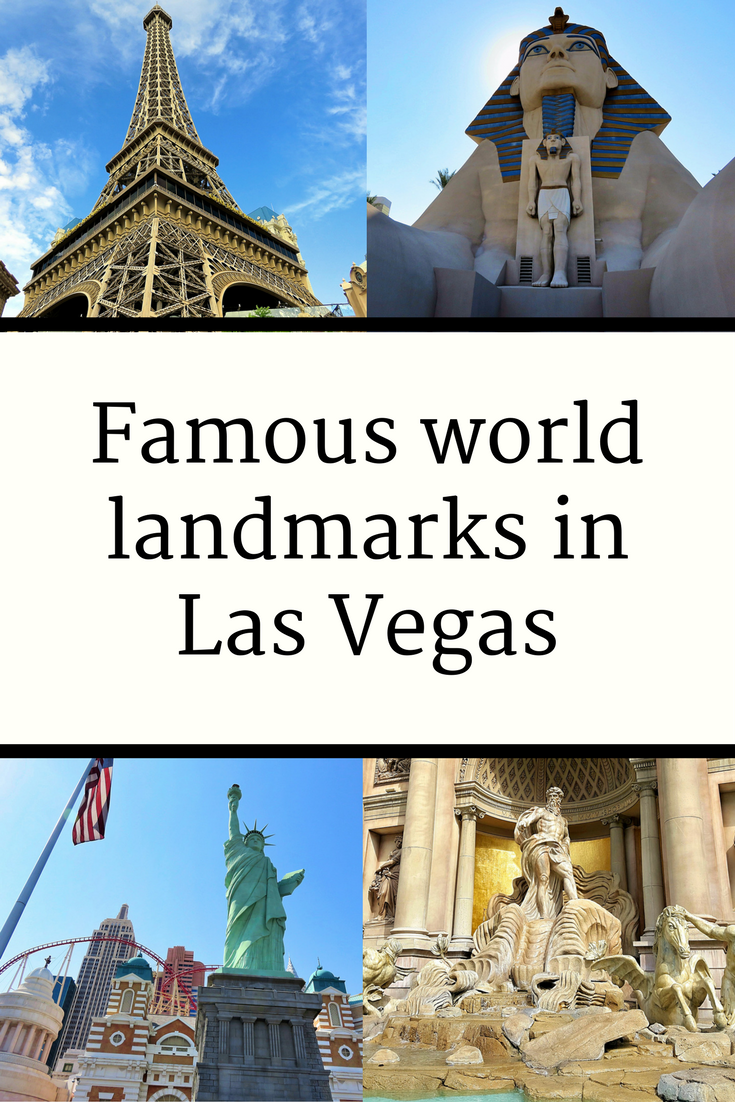