My favourite part of visiting Yosemite National Park this past summer was all the animals I saw. Rodents, birds, and deer. I encountered numerous of these furry rodents inside the park. At first, I didn’t know which species I was looking at. It was only later after studying my photographs, that I identified them as California Ground Squirrels based on their mottled fur and the white lines around their eyes. Here is my animal profile on these light-footed rodents. 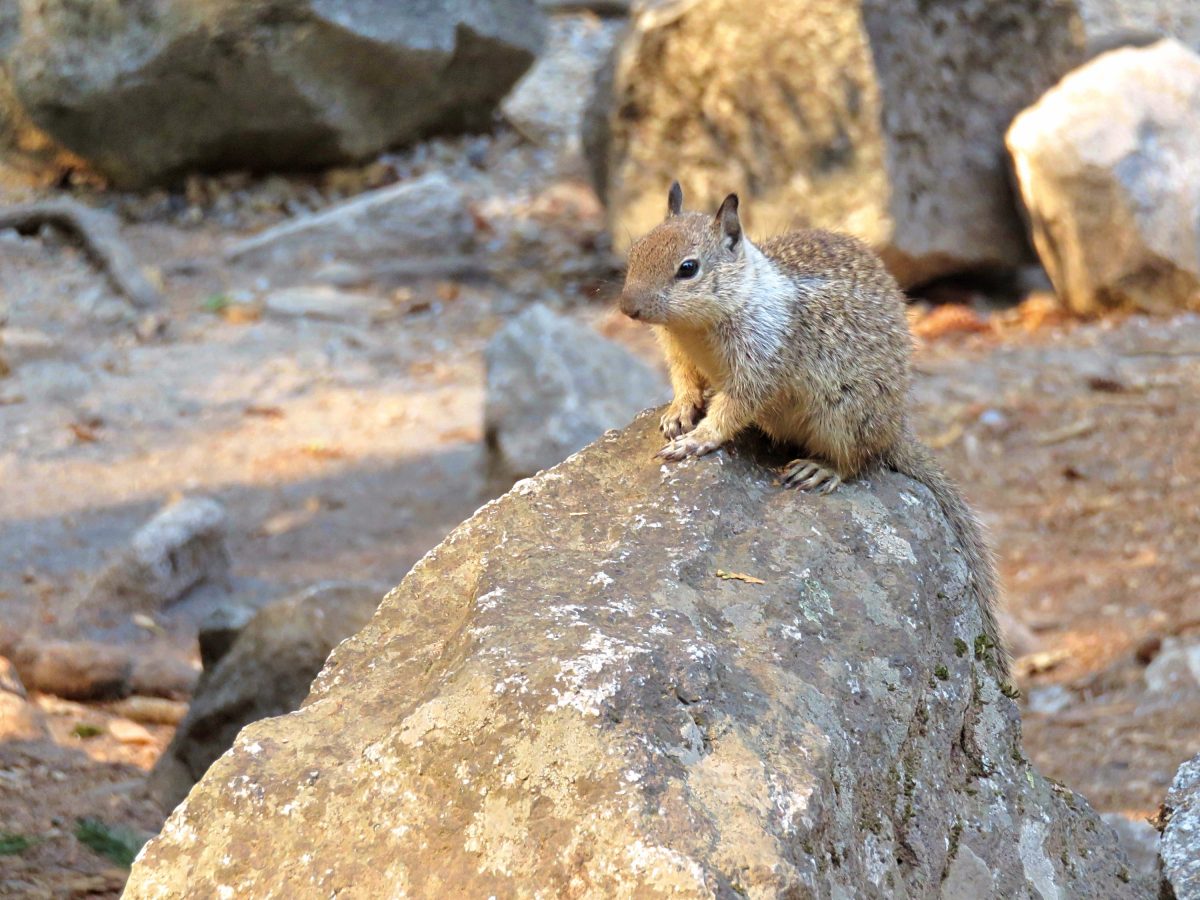 As their name suggests, the California Ground Squirrel is more adapt to living on the ground than in trees. Because they are terrestrial, they are more easily seen than tree-dwelling squirrels. From the nose to the tip of the tail, a squirrel can reach a length of 45 cm and a weight up to 740 g. They are diurnal which means that they are active during the day. 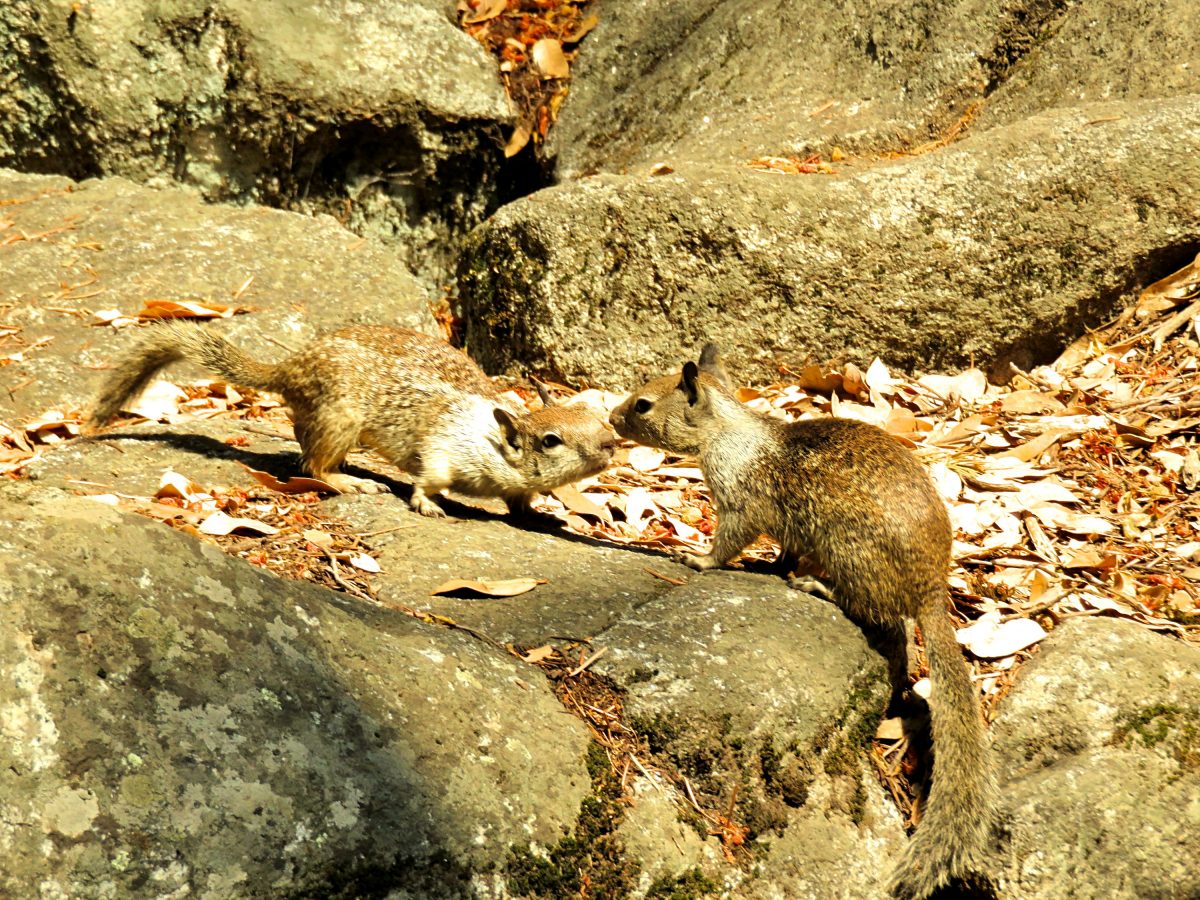 California Ground Squirrels primarily eat seeds, which they supplement with fruit and occasionally insects. When foraging, they use cheek pouches to help then gather and carry food to their caches. Jip. They literally stuff their faces! 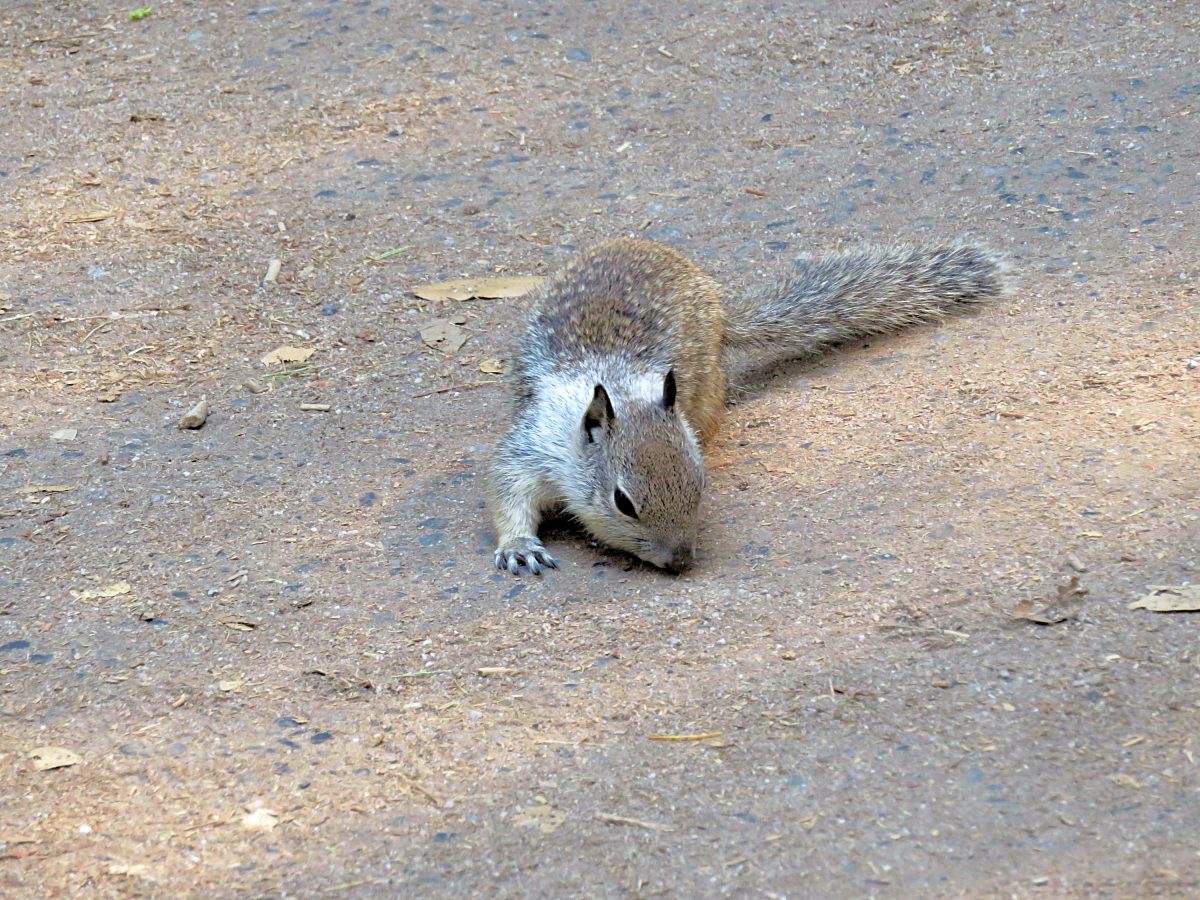 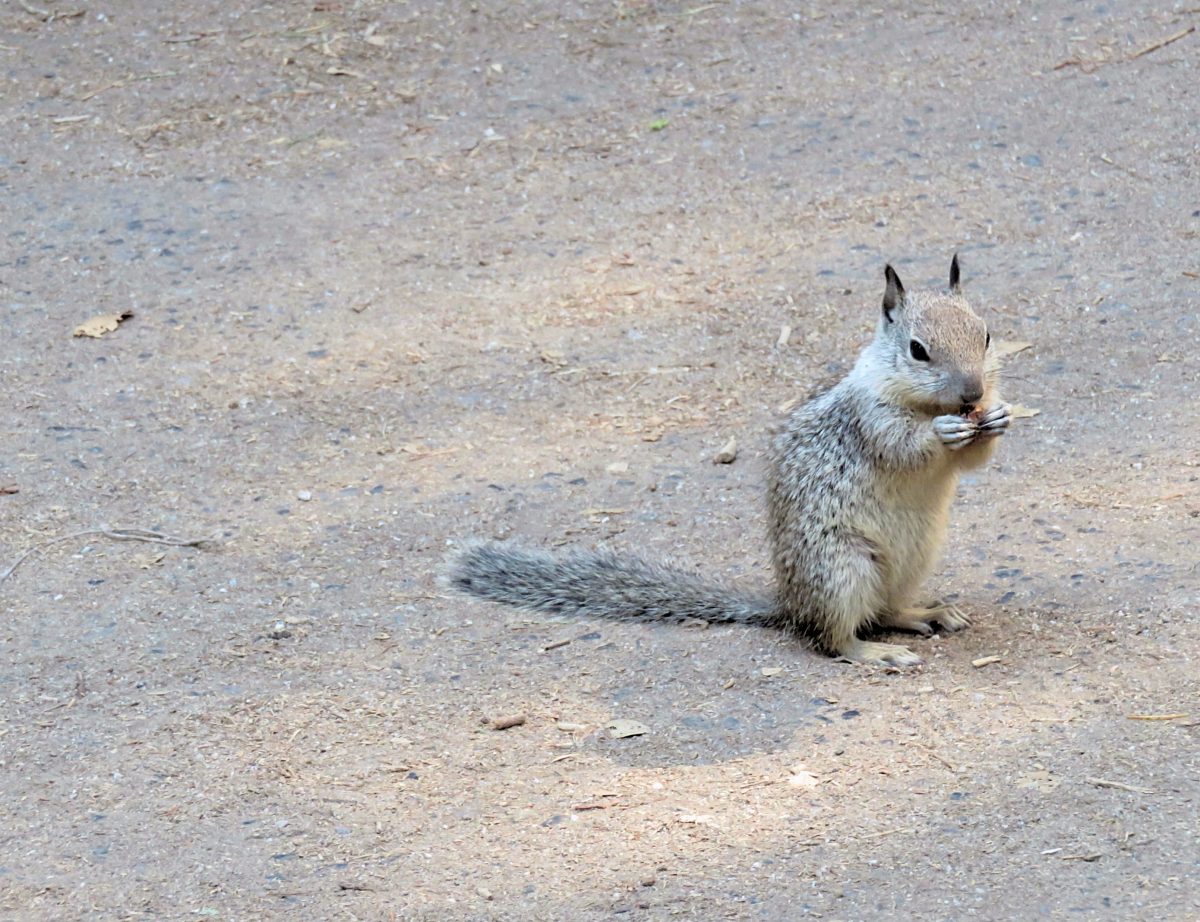 The most interesting behaviour of California Ground Squirrels happens as the seasons change. They can enter aestivation during summer or hibernation during winter.

Aestivation is similar to hibernation, a state of dormancy during summer when ambient temperatures are high and rainfall is low. During these periods, animals are inactive and metabolic rates are low. California Ground Squirrels enter ‘true hibernation’, not like bears. True hibernation is also characterized by low metabolic rates. This means that all bodily functions will slow down. For example, lowered heart rates, one breath every couple of minutes, and a drop in body temperatures.

During winter, California Ground Squirrels hibernate for several months, depending on their surroundings. Males begin hibernation one full month before females and young ones, but they are also the first to emerge in early spring 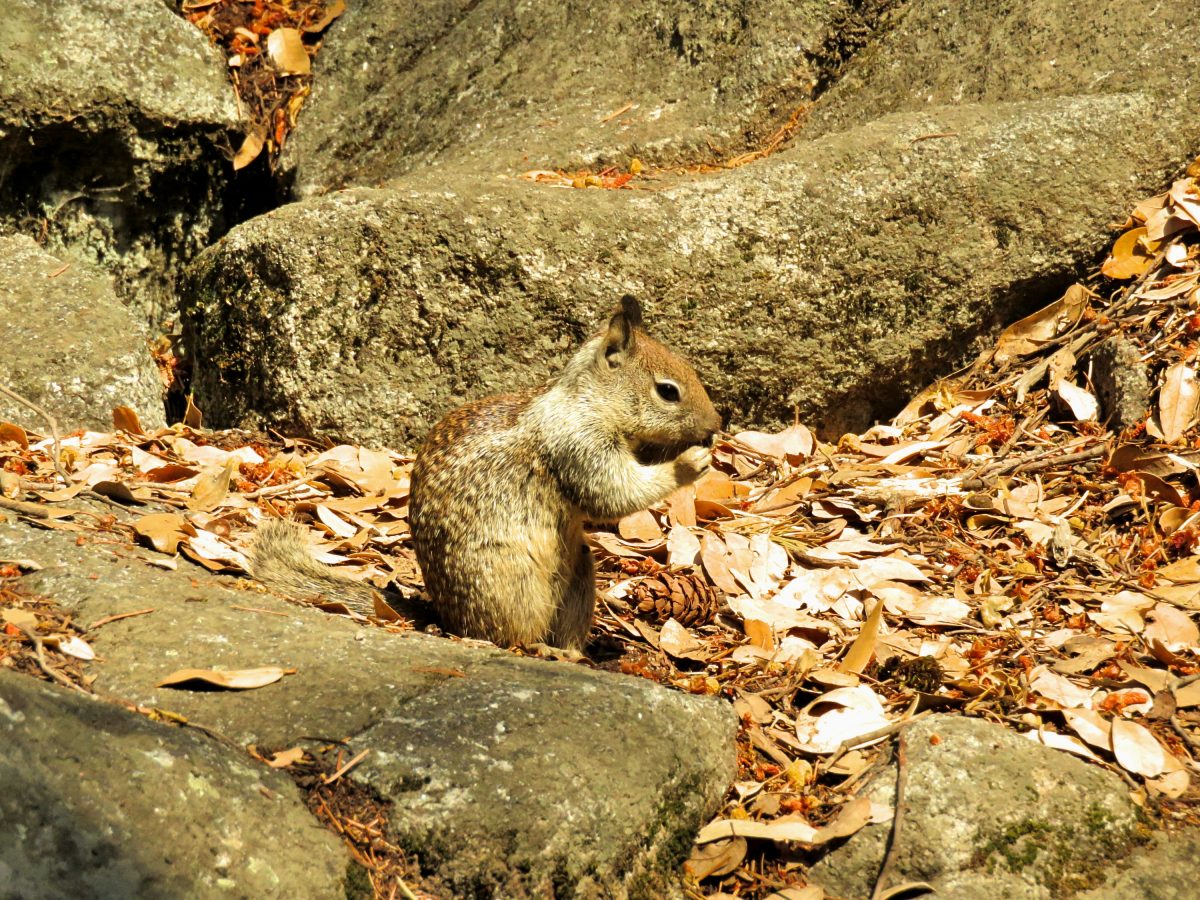 Unlike some of the bird species I’ve written about on my blog, California Ground Squirrels are promiscuous. That’s right, they get around. Mating typically occurs when the squirrels emerge from their winter hibernation. After a gestation period of approximately one month, the female will give birth to 5 to 11 offspring. Interestingly, because of the mating system, pups in the same litter can have different fathers. 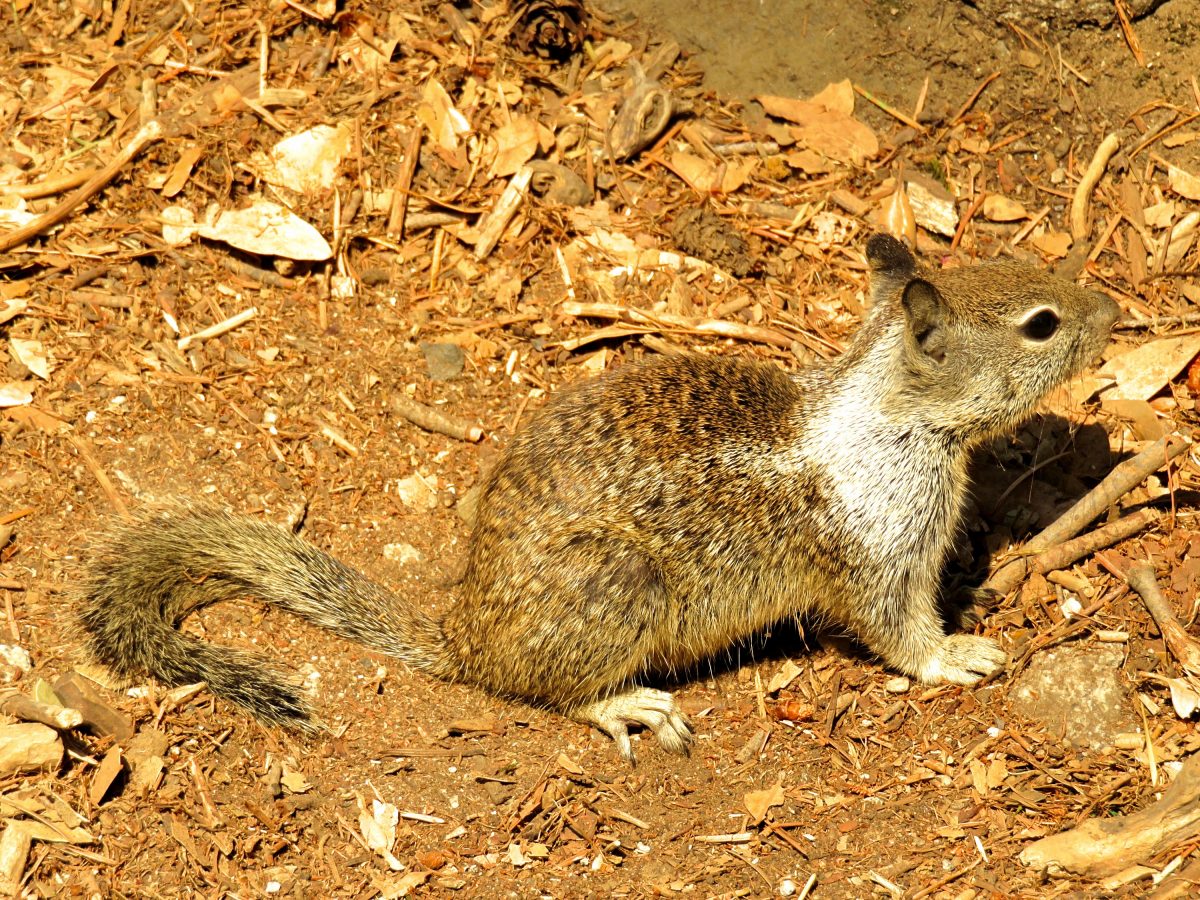 In the wild, California Ground Squirrels can reach an age of up to 6 years. In captivity, however, they can live for 11 years. 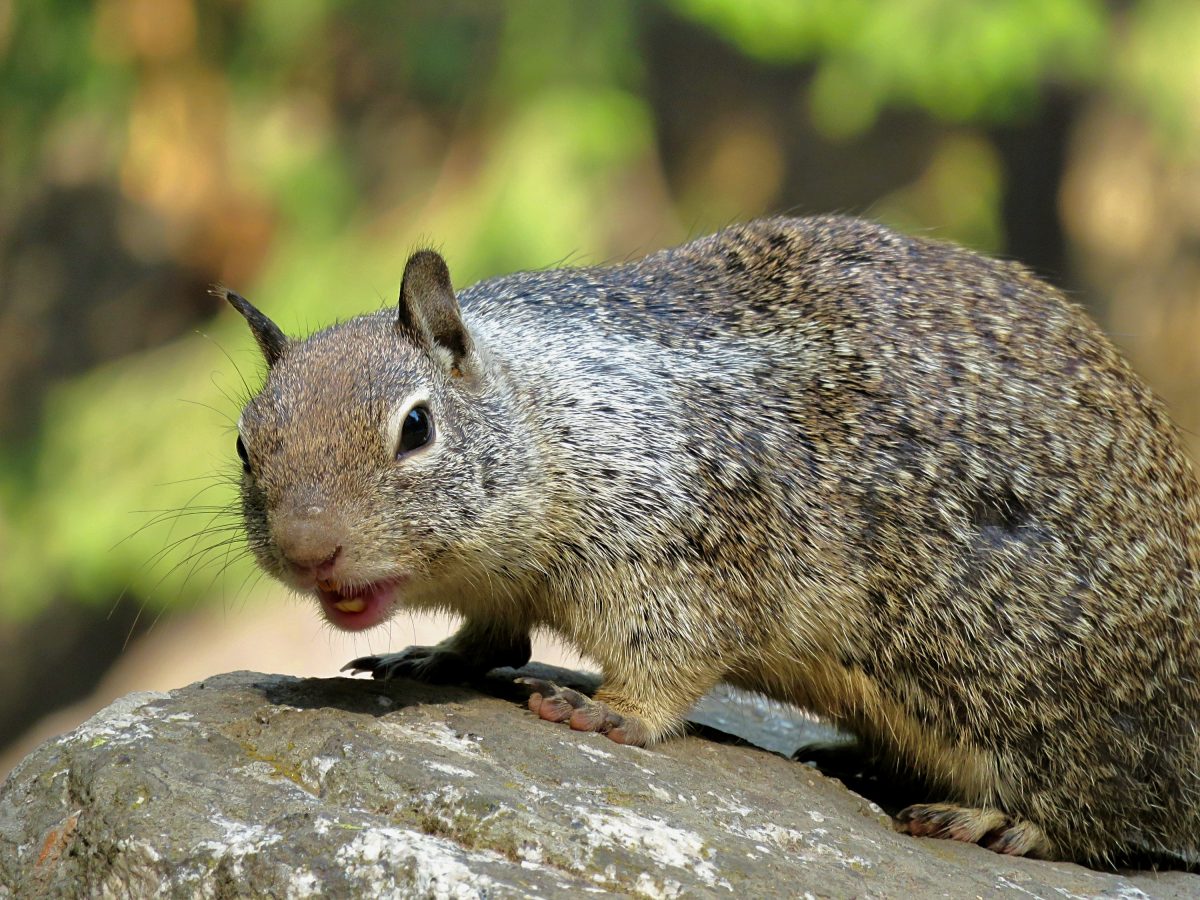