It’s time for another ‘sciency’ animal article! This is me indulging my geeky zoologist side, so please bear with me! I traveled to Yosemite National Park this past summer. The park is beautiful, with great vistas around every corner. But you know what the highlight was for me? All the animals I saw. The most memorable bird I saw was the Steller’s Jay. With its striking blue feathers, it’s difficult to miss this bird.

People say that Steller’s Jays aren’t as common in Yosemite as they used to be. You are likely to see them at campgrounds and picnic areas where they boldly beg for food. This is exactly where I saw them, at the Yosemite Valley Visitors Center.

I’ll be the first to admit that I didn’t know anything about these birds. But as I started to read up about them, I learned some fascinating facts, particularly about their colouration. So here we go! 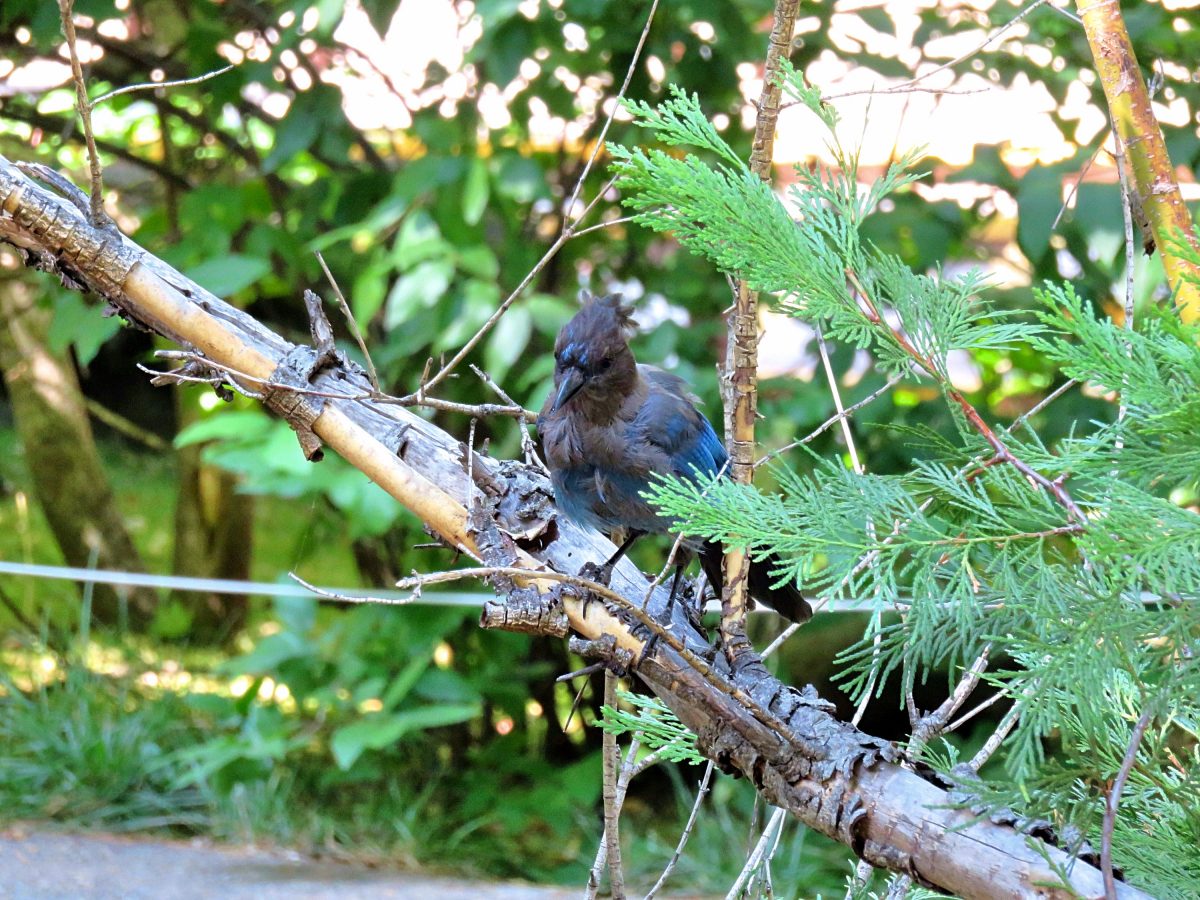 Steller’s Jays aren’t really blue! Wait, what?! I saw them with my own eyes and I have the photos to prove it! What do I mean when I say they aren’t really blue? Their feathers have no blue pigment in them. So why then do they look blue? I was hoping you’d ask that question!

Feathers are made of keratin, a structural protein you’ll also find in fingernails, hair and a rhinoceros’s horn. Keratin molecules which grow inside each cell, have a specific pattern. When a cell eventually dies, all that remains is the keratin structure. Everything else disintegrates, but the keratin structures remain. As sunlight hits these feathers, the keratin patterns and air pockets will cause yellow and red wavelengths to cancel each other out. But the blue wavelength will reflect back, causing the feathers to appear blue! Now the shade of blue depends on the size and shape of the air pocket and keratin patterns. This is called structural colouration, as opposed to pigment colouration. Isn’t nature great?!

I hope you enjoyed this nugget of information! Now every time you see a Steller’s Jay, you’ll know why it’s blue. Zoologist out! 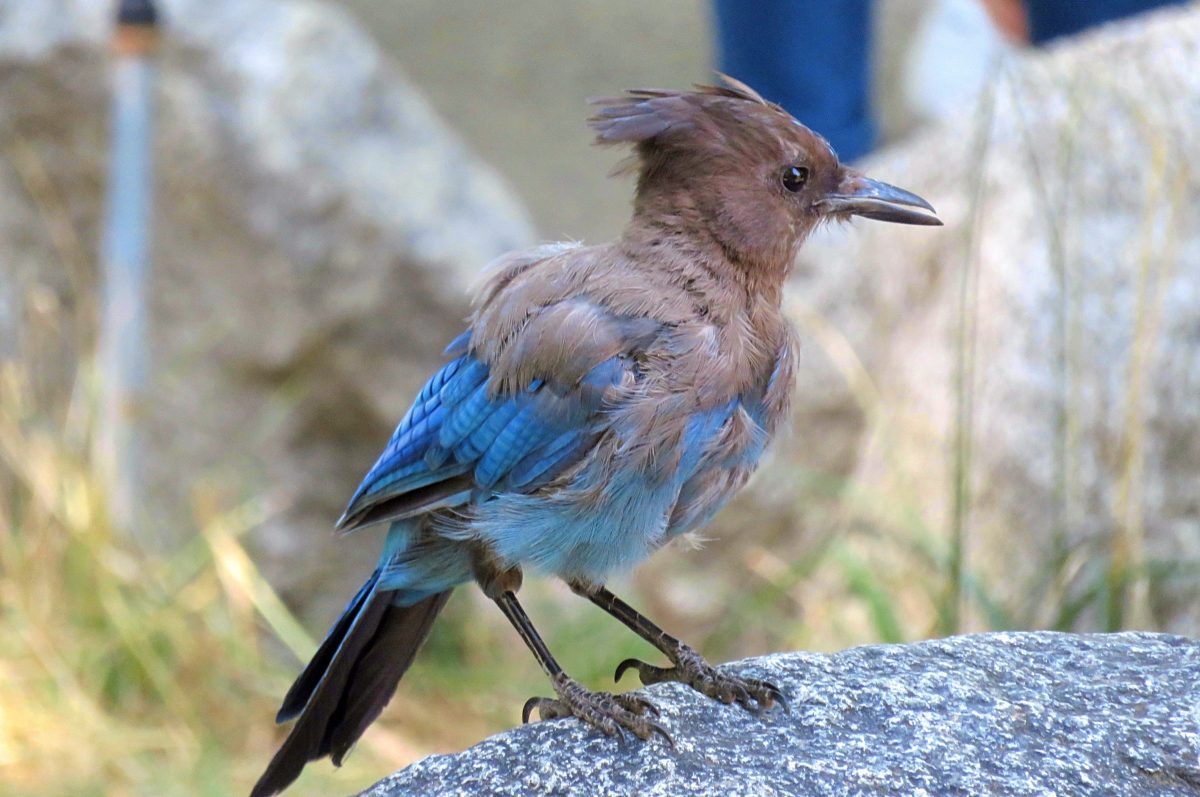