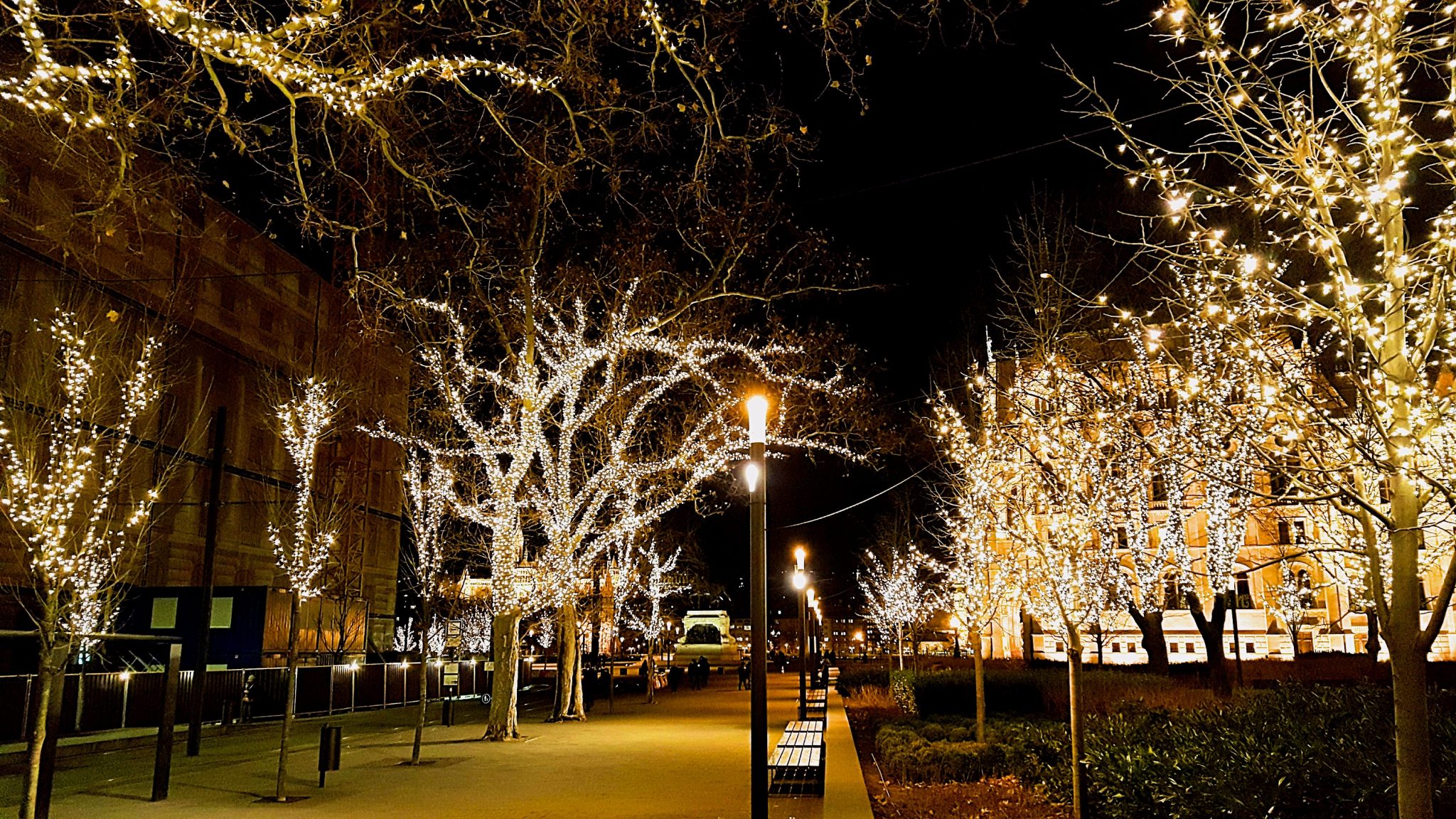 Winter is just around the corner and what better time of the year to explore Central Europe than during the Christmas Season. Why? Markets. Lights. Snow. Gluhwein. Central European capitals transform into white Winter Wonderlands. Last year, as I was planning my trip to Czechia, Austria, Slovakia, Hungary, and Poland, I was searching for the most cost-effective way to travel between these countries. Without a doubt, the cheapest way to get by is taking the bus.

I paid €45 in total for eight bus tickets between major cities including Prague, Vienna, Budapest, and Krakow. That’s right, only €45! My itinerary was pretty fixed – I knew how much time I wanted to spend in each city. If you are flexible with dates and departure times, you can get even cheaper tickets!

I’ll be honest with you. Taking the bus is definitely the way to go if you want to save money on transportation costs, but I did encounter some issues along the way. Here is my personal experience on each bus journey to help you choose which companies you want to travel with. For each trip, I selected the cheapest ticket for the day and time I wanted to travel. 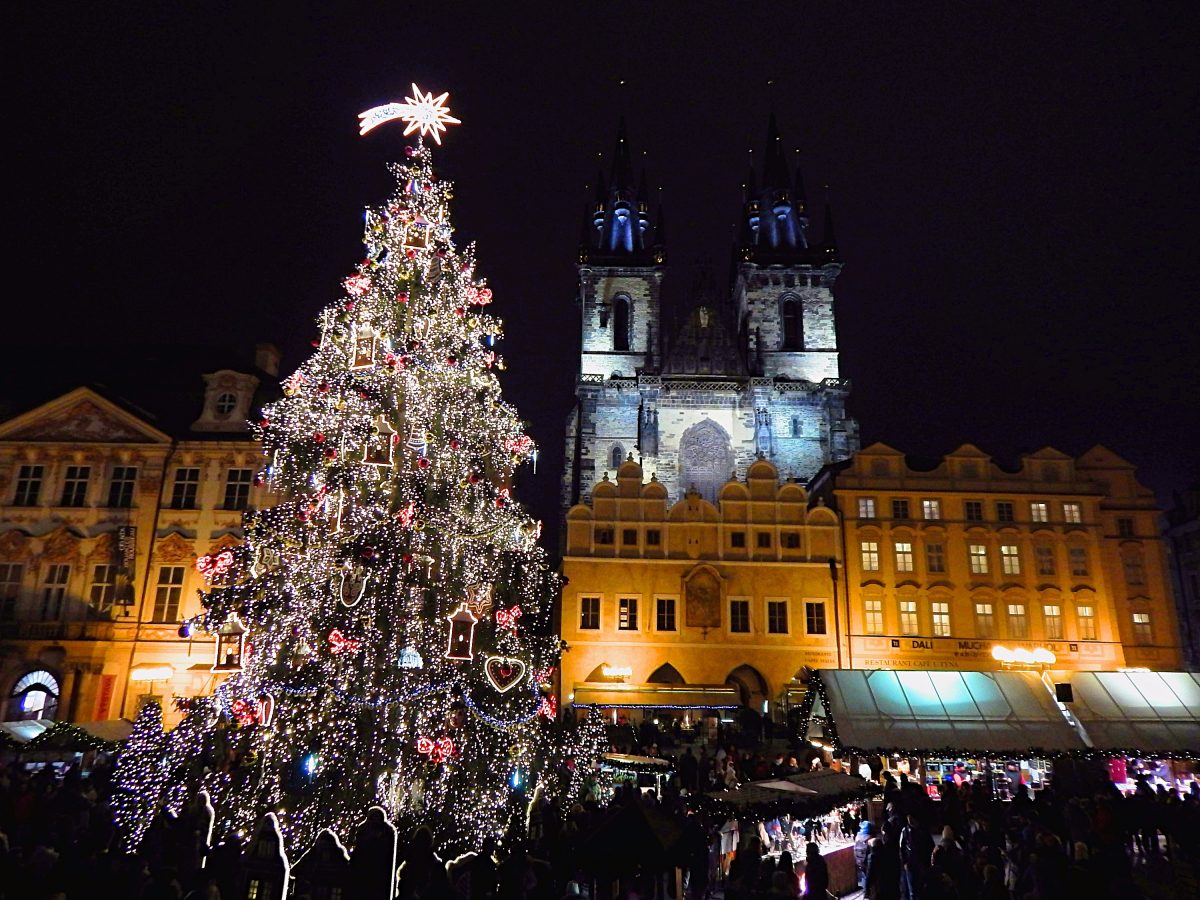 Eurolines used to offer the cheapest bus ticket between Prague and Vienna. Nowadays your cheapest bus ride between the two cities is with RegioJet or Flixbus. In Prague, the bus departed from UAN Florenc bus station, which was conveniently just around the corner from my hostel. One to two pieces of luggage are included in the price of your ticket. Seats are not assigned so it’s first come, first served.

The bus departed on time and was quite full. The bus driver wasn’t particularly friendly, but he was very efficient. Seats were comfortable and free WiFi was available on the bus. Unfortunately, the WiFi only worked sporadically.

The bus ride between Prague and Vienna was very scenic, the landscape was covered in snow. Overall, this was a pleasant journey. The bus did, however, arrive 30 minutes late. The cost of this journey was 340 CZK (just over €13). 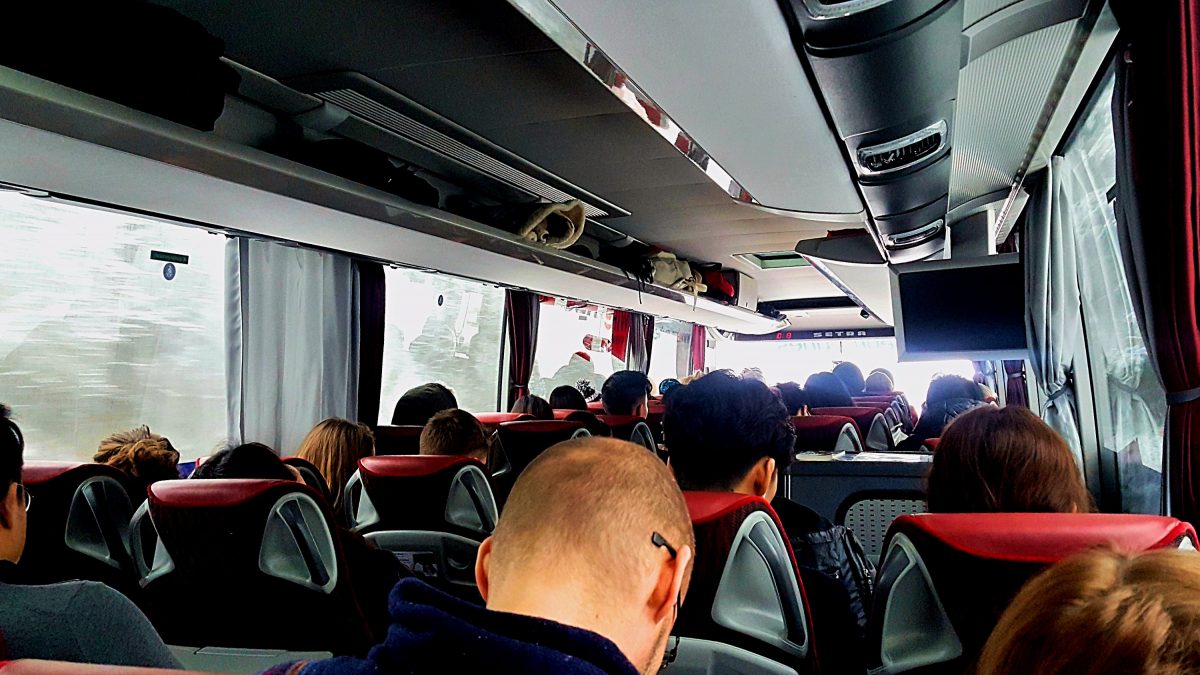 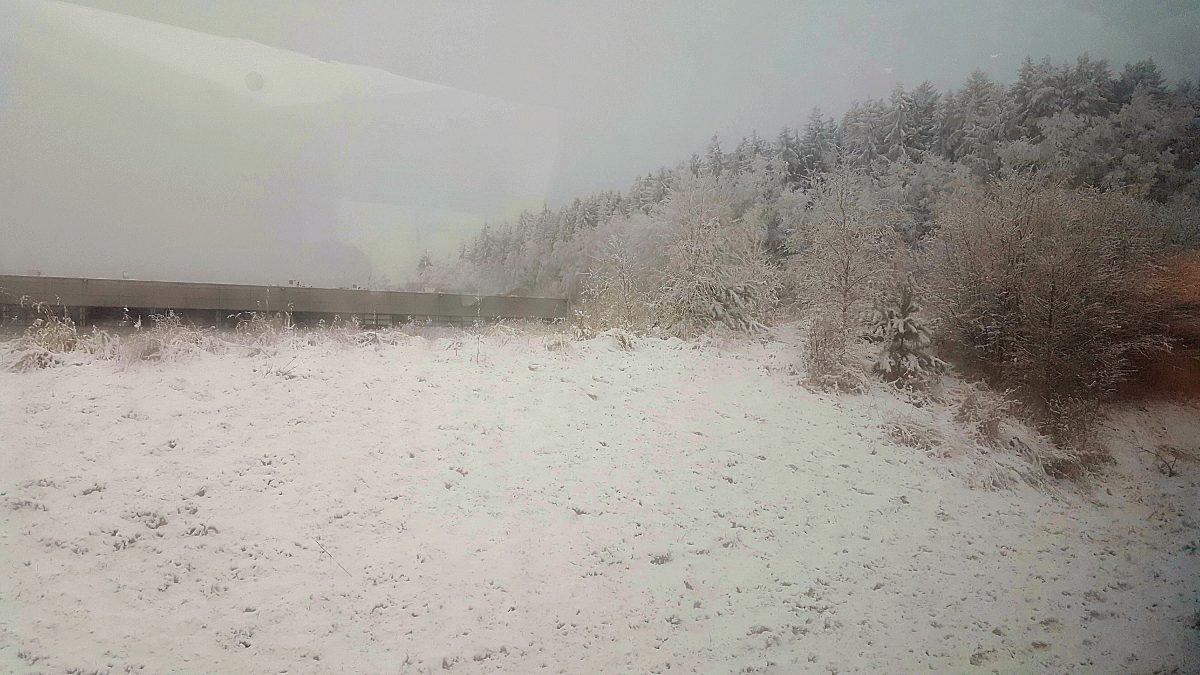 Slovak Lines offered the cheapest connection between Vienna and Bratislava. The bus departed on time from Wien HBF (the main train station in Vienna). Your luggage is included in the price of the ticket. Seats on the bus are not assigned.

This bus made several stops along the way. The second stop was at the Vienna airport. The bus was full to maximum capacity. Four people were left without seats and had to stand for the remainder of the journey. I felt so sorry for them! Keep this in mind if you are catching the bus from the airport. Despite all the drama, the bus actually arrived 20 minutes ahead of time.

You can book your ticket on the official website. I paid €5 for a one-way ticket. 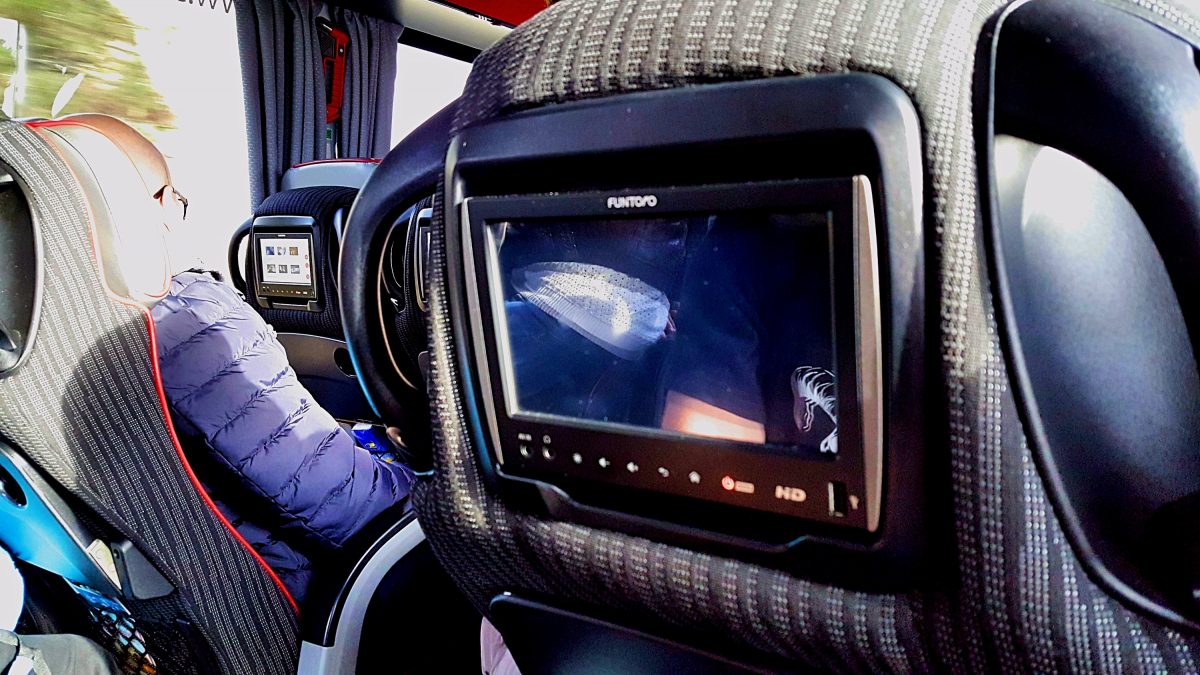 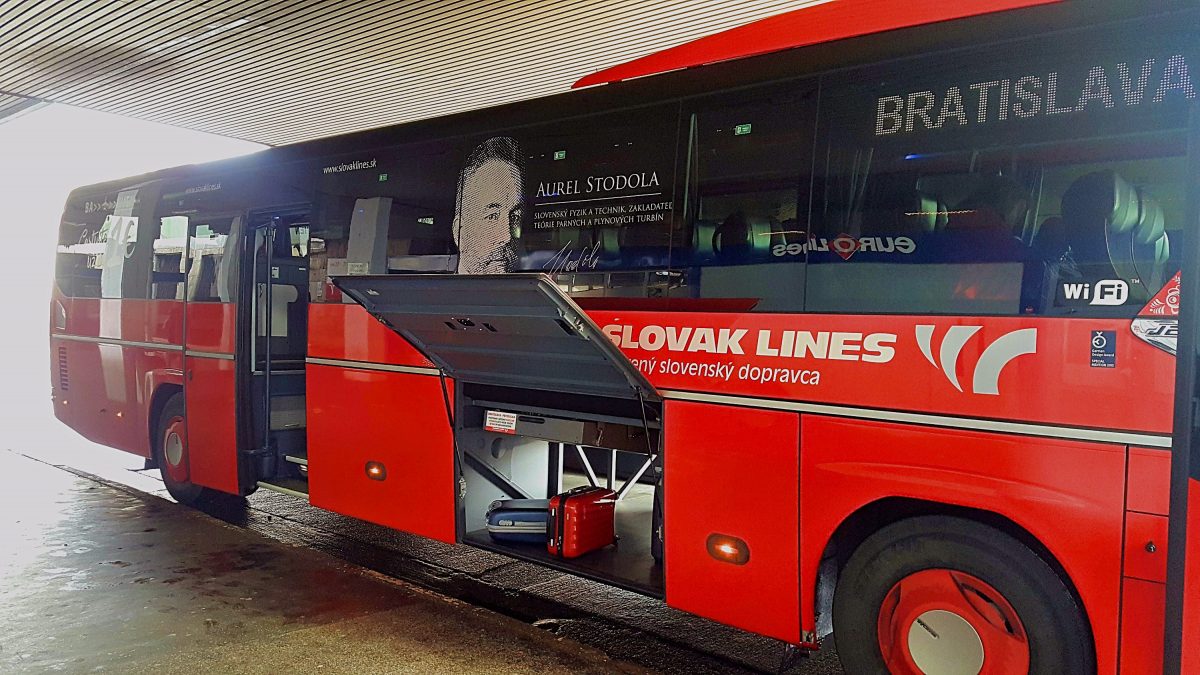 This was a fancy bus ride indeed! And it was the cheapest ticket I could find between Bratislava and Budapest! I highly recommend RegioJet. Two pieces of luggage are included in the price of your ticket. There were two personnel members on board, the bus driver and a steward.

The inside of the bus was lovely, the comfortable leather seats are assigned and you get lots of freebies! Each seat has an individual touch screen, and you receive free earphones. You can watch movies, TV series, listen to some music or play games. Shortly after departure, the steward comes along to serve you a complimentary beverage. You can choose between a cappuccino, tea or hot chocolate. Chocoholic that I am, I chose the hot chocolate of course! The only negative thing about this journey was that the WiFi didn’t work.

The bus departed and arrived on time as scheduled. The three-hour bus journey passed quickly, but the excellent service I received stayed with me. Book your ticket here. I paid €8 for my ticket. 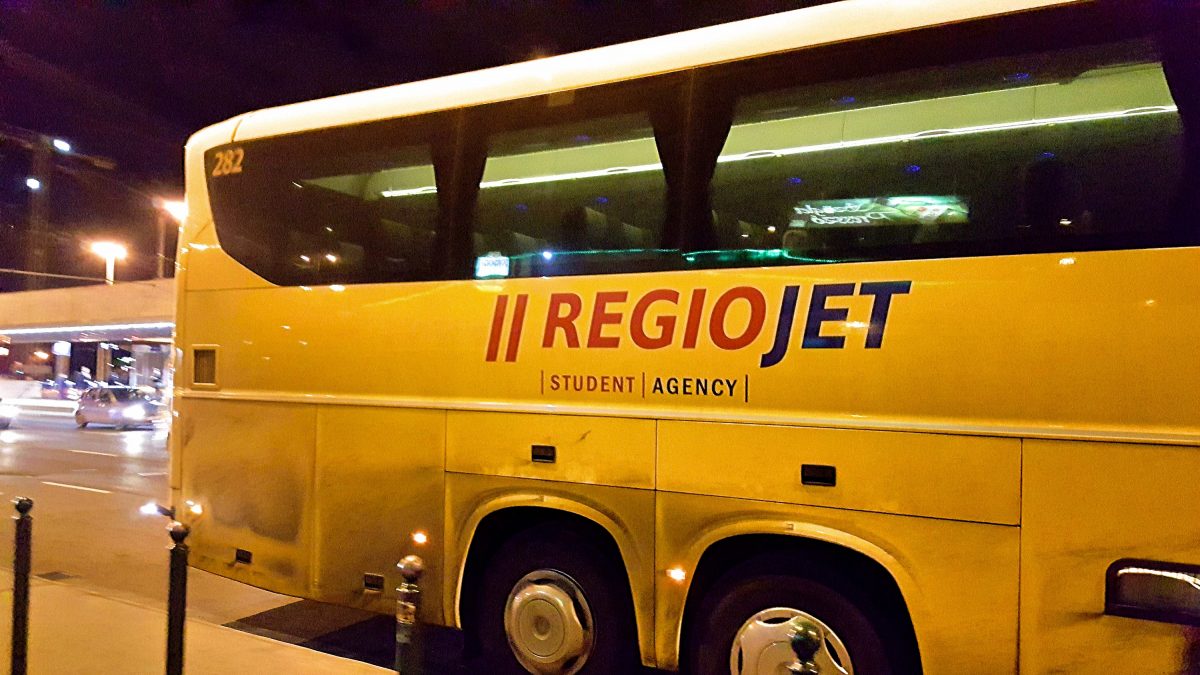 This was my longest bus journey in Central Europe, but also one of the most enjoyable. If you want to travel between Budapest and Krakow, definitely use LuxExpress. Similar to RegioJet, there were two staff members on the bus.

I received a free bottle of water as I boarded the bus. Seats are assigned and each seat has an individual touchscreen media system. The best part of the journey for me was the free hot beverages that you could make for yourself during the whole journey.

There was a younger, rowdy crowd drinking beer at the back of the bus. At one stage, they got a little bit too loud. The steward on the bus quickly straightened out the problem. My only complaint was that there wasn’t a reading light at my seat. I wanted to do some writing, but I couldn’t do so after sunset.

The bus departed on time and arrived 15 minutes ahead of schedule in Krakow. Book your ticket here on the official website. I paid €7 for my ticket.

Krakow to Zakopane to Krakow

One of your cheapest options for traveling in Poland is Polskibus. Their prices are unbeatable! Polskibus works like Megabus, as soon as tickets become available, the price is extremely low. As more people book tickets and as time goes by, the prices go up. So my best tip here is to book the tickets as soon as possible. My second tip here is to book one-way tickets only. For example, it was cheaper for me to purchase a one-way ticket from Krakow to Zakopane and from Zakopane back to Krakow than to purchase a return ticket from the start.

Being such a budget company, you shouldn’t expect extras like individual screens and working WiFi. But if the price is so low, I think I can live without amenities for a couple of hours. There were other issues too, such as late arrivals and late departures, and overbooking.

Let’s get to my personal experience, which got off to a rocky start…the bus arrived 20 minutes late. When it finally arrived, only half of the passenger could board the bus because it was overbooked (I wasn’t part of the lucky half). The bus driver said that another bus would be coming shortly.

So I waited. It was very cold outside, but I couldn’t go inside the station to warm up because I didn’t know when the next bus would show up and on which platform. Eventually, the bus pulled into the station and everybody could board, but by this time I had waited outside for longer than an hour.

The bus journey itself was rather pleasant. The two-hour drive took three hours instead, but the view gets prettier as you approach Zakopane. I wasn’t in a particular hurry to reach Zakopane, but losing two hours due to overbooking and traffic was a little bit annoying.

The journey back to Krakow was very similar. The bus was 15 minutes late and the journey took an extra hour due to traffic and snow. On this occasion, the bus ride was a bit stressful as I had to make a connection, which I just made with a minute or two to spare… 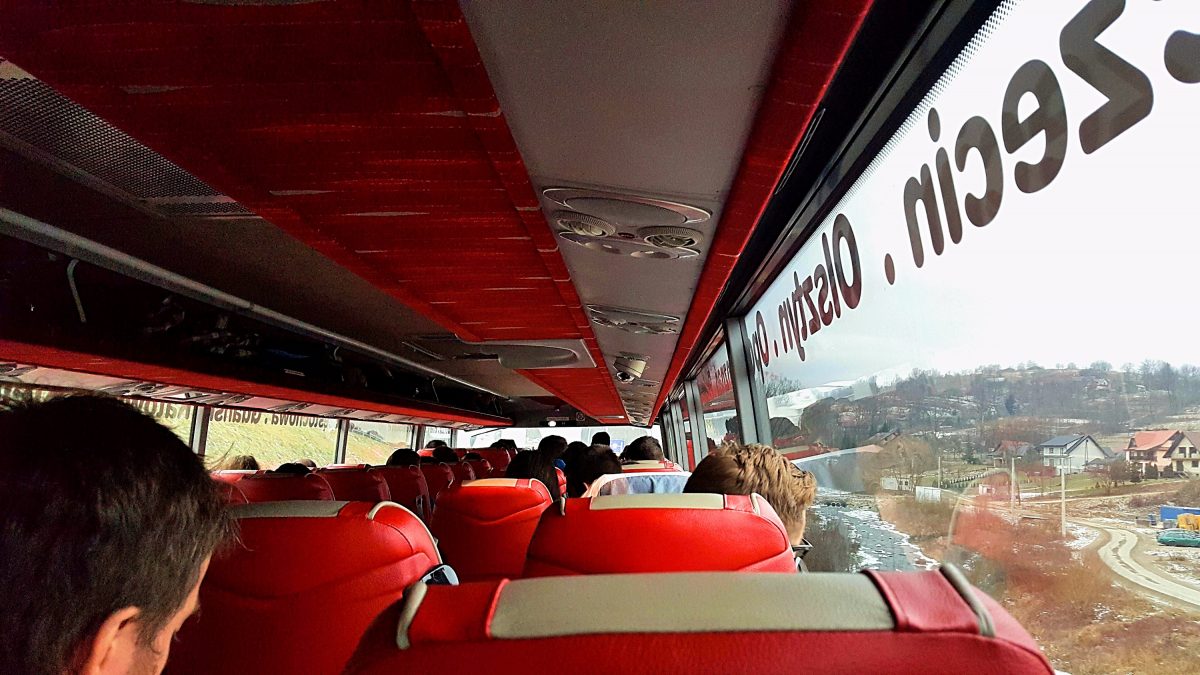 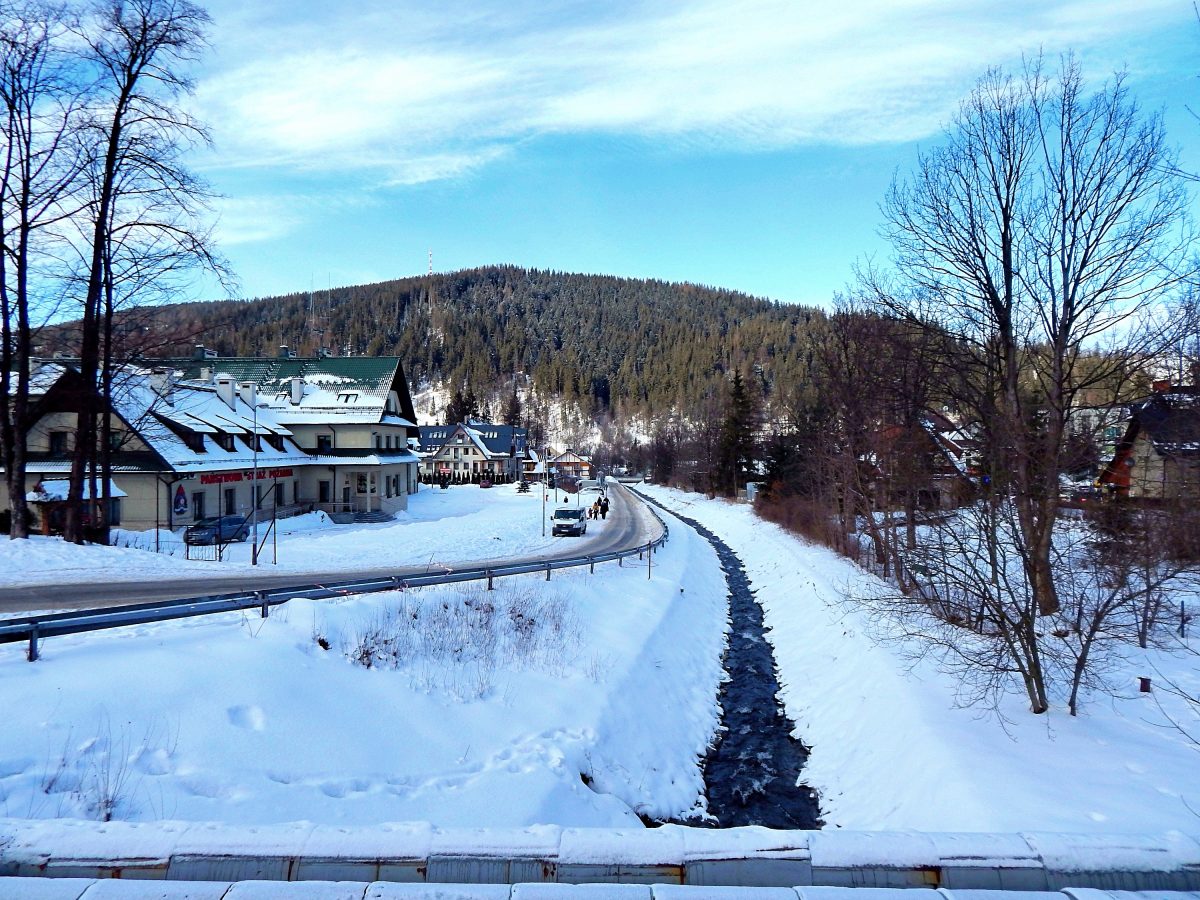 Here again, I used Polskibus. The bus departed 15 minutes late, but that was a blessing in disguise. Because my connecting bus was an hour late, I nearly missed this bus. I literally just made the connection. The bus still arrived on time in Wroclaw.

Again this was a no thrills bus ride that gets you from point A to point B with no special amenities like screens or WiFi. The journey was only three hours long, the seats were comfortable and the tickets were cheap, only 10.50 PLN (or €2.40). Who needs thrills if the price is right?

For my last bus journey in Central Europe, I used Polskibus yet again. This bus was surprisingly on time, the only one out of my four journeys with the company.

The bus was fairly empty and for the first part of the journey in Poland, the WiFi worked really well. As we crossed the border into Czechia, the bus had to stop for a passport check. The police were very thorough and the stop lasted about 20 minutes. Because of the stop and the weather, we arrived in Prague 40 minutes behind schedule. The ticket cost 26.50 PLN (just over €6). 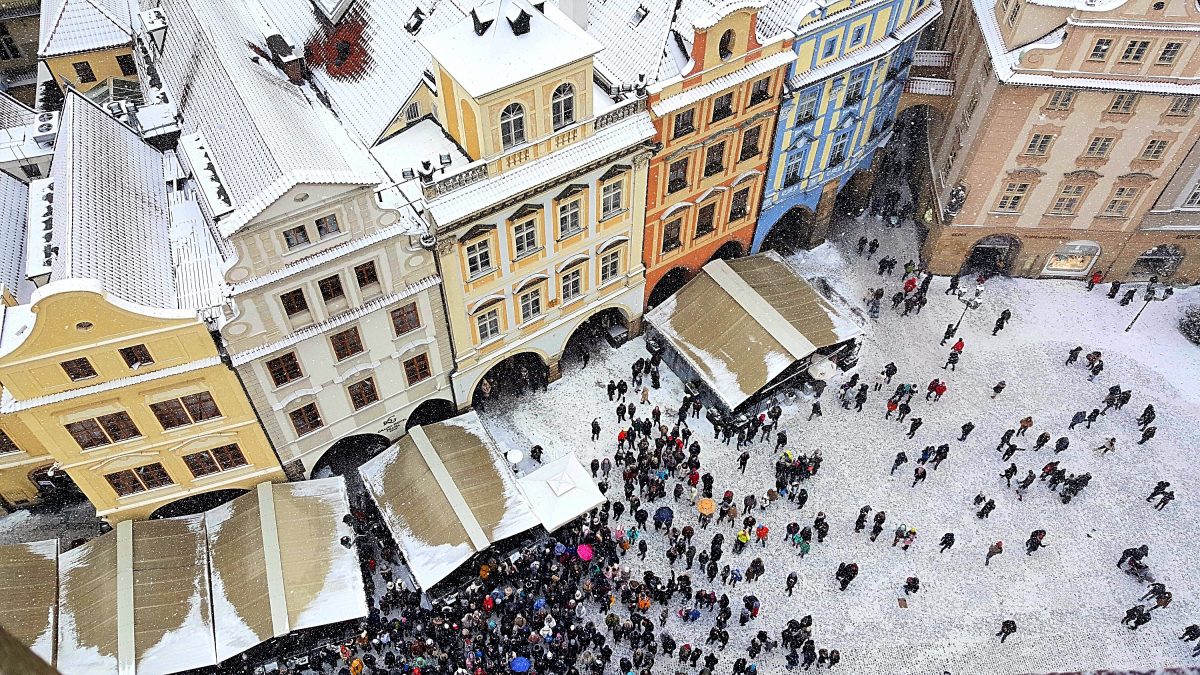 Despite the challenges I faced traveling by bus, I would highly recommend it. Why? It’s still the cheapest way to get around Central Europe. It’s convenient because the bus stops are usually in the city centre. You don’t have to pay extra for luggage. You get to take in the splendour of snow covered landscapes. Often the bus gets you there faster than other forms of transportation. The list goes on. Below I share my best advice for travelling by bus in Central Europe during the Christmas season.

My best tips for bus travel in Central Europe

There you have it! Everything I know about bus travel in Central Europe. I hope you find the information useful. Comment below and let me know if you liked my post. 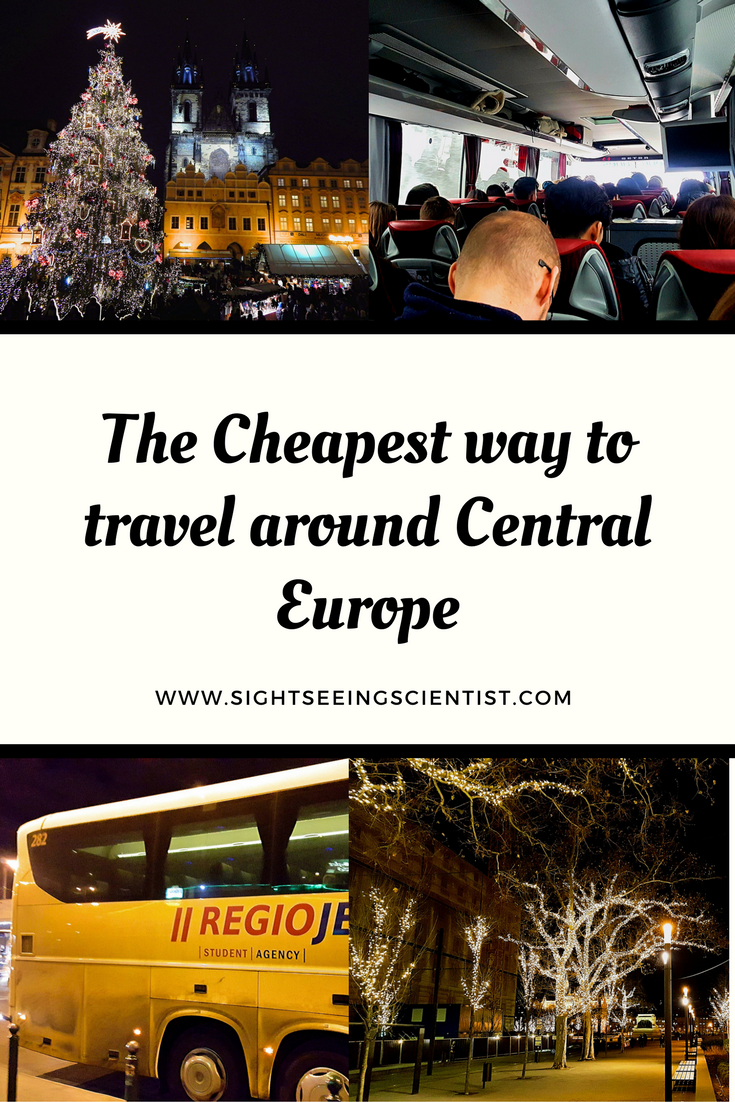 Where to find the best street art in...