Feline infestation: what’s up with all the cats in Cyprus? 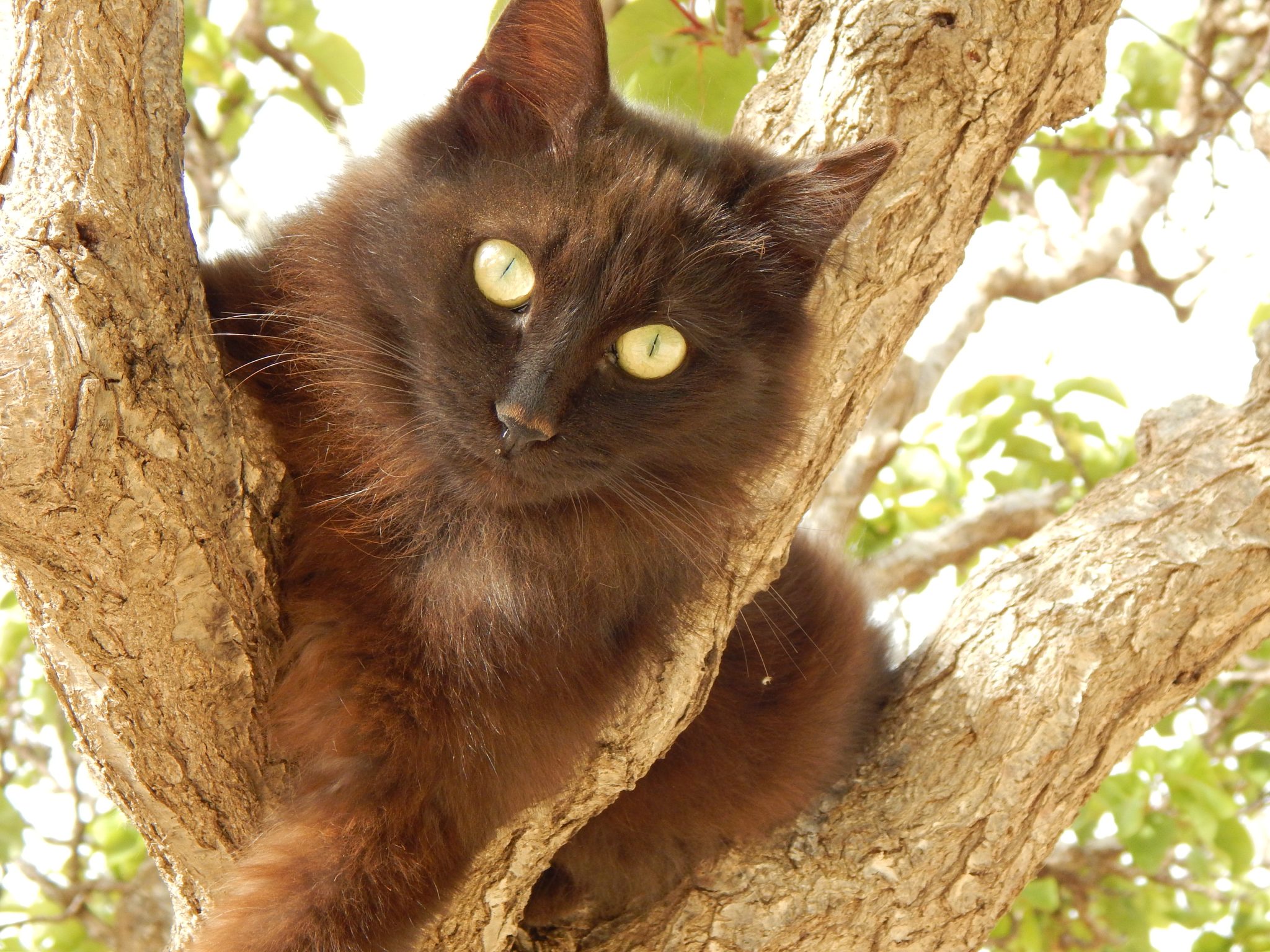 The moment you step off the airplane or cruise ship onto Cyprus soil, you are likely to trip over one of the many stray cats on the island. They are everywhere.

To put it bluntly, the population of cats is out of control. Animal welfare groups report the number of cats on the island at 1.5 million, while the number of people is only 1.2 million. There are more cats in Cyprus than human begins! As you will no doubt see for yourself, some are cute and fluffy. They look cared for and loved like pets. The majority, sadly, are malnourished and covered in sores. They look like death incarnate. It’s heartbreaking to see.

Questions kept flooding my mind. Why are there so many cats? Who do they belong to? Who takes care of them? When I asked a couple of locals, they couldn’t give me a straight answer. I could see the subject made them uncomfortable and they preferred not to discuss it. But my questions didn’t just go away. It’s only when I visited Tala Monastery Cat Park just outside of Paphos, that I received the answers I was looking for.

It appears that in Cyprus, little value is attached to cats. Most of them are not regarded as pets. They are seen as vermin (much like rats), and as such, the majority of people refuse to take care of them. Some people also believe that animals should be left alone and that nature will take care of itself. Of course, there are a few locals who love and care for the cats, but sadly they are in the fast minority.

Programs to castrate them were funded by the agricultural ministry up until 2011, but funding has been dramatically sliced due to the economic crisis. Locals also refuse to spend a cent to resolve the cat problem. The cats just keep on multiplying! Hence, the feral cat population in Cyprus is increasing as the animals are not spayed.

Luckily the dedicated volunteers at Tala Monastery Cat Park have taken it upon themselves to care for as many cats as they can. With numbers in the excess of 750, you’d think that every cat would merely be a number. Wrong! Each cat receives a name, food, toys, shelter and veterinary care should they require it. And love, plenty of love.

The park is not without its horror stories though. One of the volunteers told me that someone abandoned a Rottweiler one night by throwing the dog over the fence into the pen with all the cats. Who does that? Needless to say, chaos ensued that night and a lot of cats were injured.

What can you do to help?

With veterinary bills racking up (when I visited the outstanding bills amounted to €4000) and plenty of mouths to feed, consider to take some time out of your beach vacation to visit Tala Monastery Cat Park. Donate your time and/or money.

Take an hour or two to play with the furry critters, because cats need love too. Some will be shy and scatter away and others will be friendly, very friendly (see the photo below).

As I bent down to play with the cats circling my ankles, I felt little claws climbing up the back of my dress. A warm fuzzy body nestled in my neck.

“Oh, that’s Veronica.” the volunteer remarked. “She has no personal boundaries!”

Prepare to get a little bit emotional, especially if you are a cat-lover. Tala Monastery Cat Park relies on donations received from the general public. If you feel comfortable, stick a bill or two into the donation bin on your way out. The money is for a good cause.

Future directions for the cats in Cyprus

The work done by the volunteers at the park and other sanctuaries across Cyprus is very admirable. It’s a step in the right direction, the start of a solution. But the government of Cyprus really needs to acknowledge the cat problem and increase the funding again. The only permanent solution is to neuter as many cats as possible to stop them from reproducing. Get the numbers down and keep them down. That is the only long-term solution here.

They have a great system in Phoenix As whereby they trap the cats, spay or neuter them and then release them back to their territory after clipping their ears so they know which ones have been done. Slows down the reproduction rate.

I live in Nicosia the capital of Cyprus and i can reassure you most of the people love the cats hare. In every neighborhood you walk by you will see small pots of food and water for the cats. This is a story heard from one person from a small village of Paphos. I’m not saying there isn’t a problem but is not as terrific as described in the article

I’m donating! Thank you for this article and drawing awareness to the issue. Love my cats! 😻

I’ve just been on Cyprus on vacation. I was so sad when I stayed there and when I got home. All the cats that I meet – and it was A LOT! They were so thin and many clearly sick too. And kittens running around and some of them without a mum. I have never been in a country or island with so many stray cats. It break my heart. It’s the reason that I consider never travel to Cyprus again. But I’m glad to hear that there are some shelter who take some of them in.

I visted Northern Cyprus (Famagusta) and I saw strays everywhere, emaciated and starving. It was awful. It ruined what would of been a blissful vacation. It broke my heart. This is because Turkey invaded Northern Cyprus and any animal control and help was ended. In Southern Cyprus I saw feral cats that clearly had been rescued because they were well fed and their left ear was tipped, indicating sterilization.