African hornbills were made famous by Zazu, a much-loved character from Disney’s The Lion King. He was the trusted but slightly uptight major-domo for Mufasa and later Simba. In the movie, Zazu was a red-billed hornbill, while the species found in southern Africa is called the Southern yellow-billed hornbill. I grew up with these odd-looking yet fascinating birds at my doorstep. Here are some interesting facts about South Africa’s Zazu. 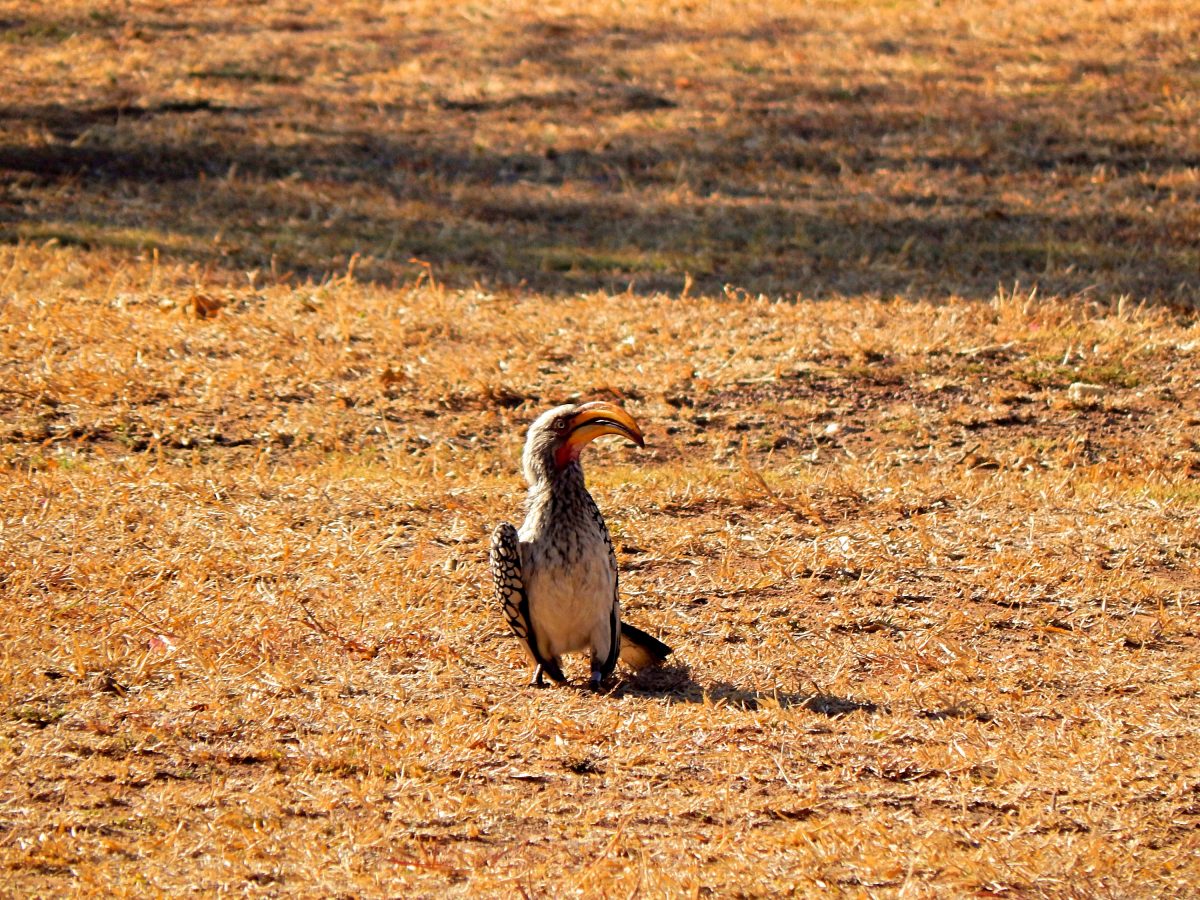 You are likely to see these birds hopping on the ground, searching for something to eat. When it comes to food, they aren’t picky. They primarily eat insects like termites, grasshoppers, and beetles. Their diet also consists of nuts, fruits and berries and occasionally, they will even eat small rodents, scorpions, and spiders.

They have creative courtship rituals…

Southern yellow-billed hornbills are for the most part monogamous and live together in pairs or in small groups. When courtship commences, the male will feed the female for a month, bringing her small pieces of food in his beak. Once they’ve mated, the pair will search for a suitable nest, usually a hole in a tree trunk.

They will fill the hole with twigs, bark and leaf litter to create a nest. Once the nest is ready, the female will enter the nest and seal up the opening with her own faeces, mud, and leftover food. The hole is completely sealed up, except for one slit that is used for feeding. The male will bring food and feed the female while she incubates the eggs.

The female lays her eggs and remains ‘imprisoned’ inside the nest until they hatch. The chicks are born with rosy pink skin and no feathers. She stays with her young until they are half-grown (about three weeks). At this point, she breaks through the hole and helps the male feed the chicks. The entrance to the nest is filled up again (by the chicks) to keep them safe until they are fully grown. 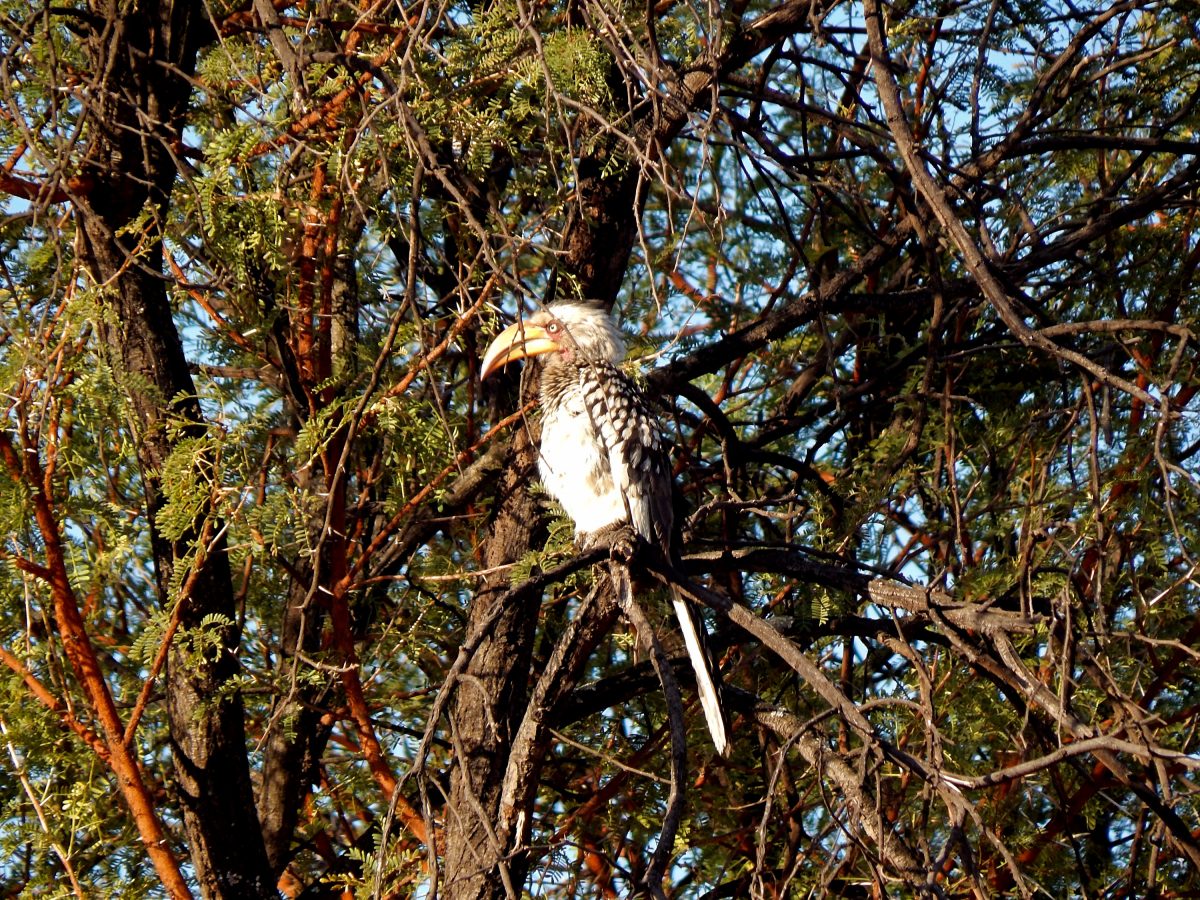 Some tribes see them as sacred creatures

Because of their unique appearance, some African tribes regard the Southern yellow-billed hornbills as sacred. For this reason, they are not to be harmed. 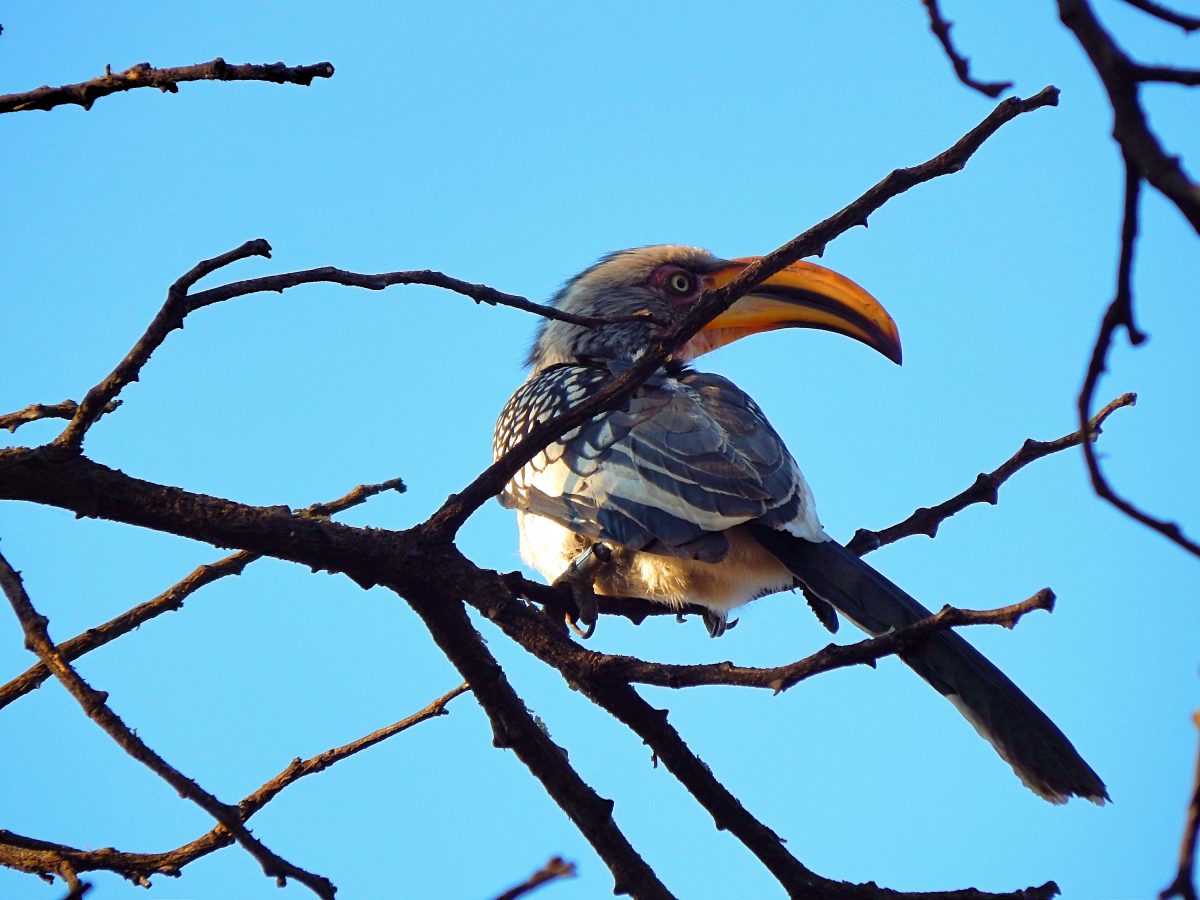