This is a very special article for me. It’s a little bit more personal, and fittingly so, because today would have been my mother’s 59th birthday. I found a couple of old family passports and I enjoyed paging through them so much that I decided to write a blog article about it. It’s interesting to delve into my family’s travel history and see the transformation of the South African passport through the generations. I hope you enjoy the article too! 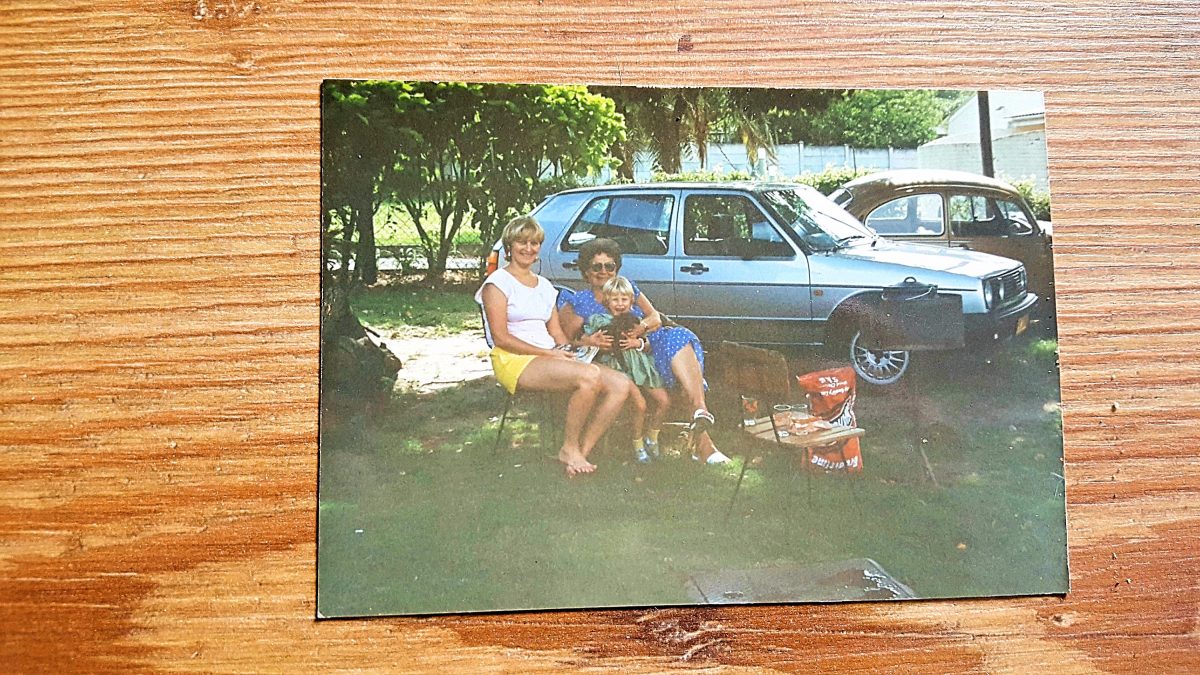 Three generations of women! This is me with my mother and grandmother when we lived in Pinetown, South Africa.

Moving to another country definitely has its perks. For example, it forces you to go through all the stuff you’ve accumulated over the years to separate the valuables from the junk. When my grandmother passed away 23 years ago, my mother inherited all her belongings. Then my mother passed away four years ago, everything stayed with my father. So when my father moved to Australia two years ago, all the boxes came to me.

The boxes stayed in my closet, mostly untouched, for about a year. That all changed when I heard we were moving to The Netherlands. I had to go through the boxes, and that’s when I found the passports.

Inside my grandmother’s passport 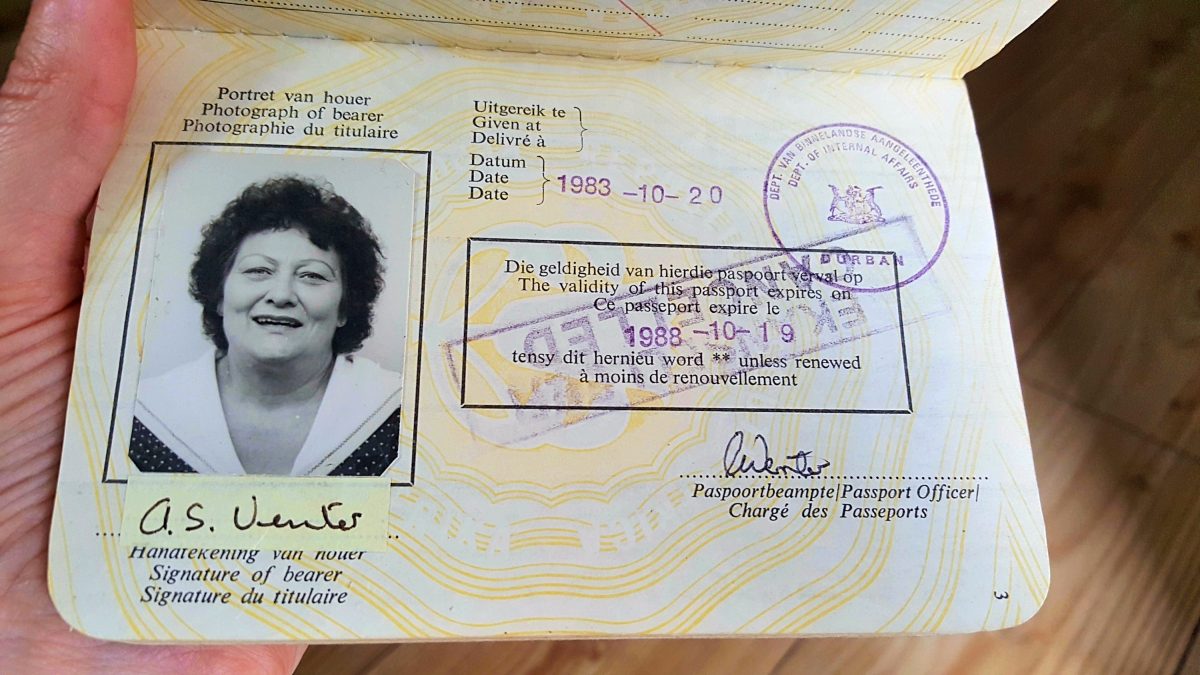 All the information inside my grandmother’s passport was hand written! All the usual information was there: her name and surname, date of birth, ID number and sex. But then there was additional info you’ll no longer see in South African passports, like the colour of her hair and eyes and her height (my grandmother was taller than me!). Also, the passport was only valid for five years, while today’s passports are valid for 10 years. 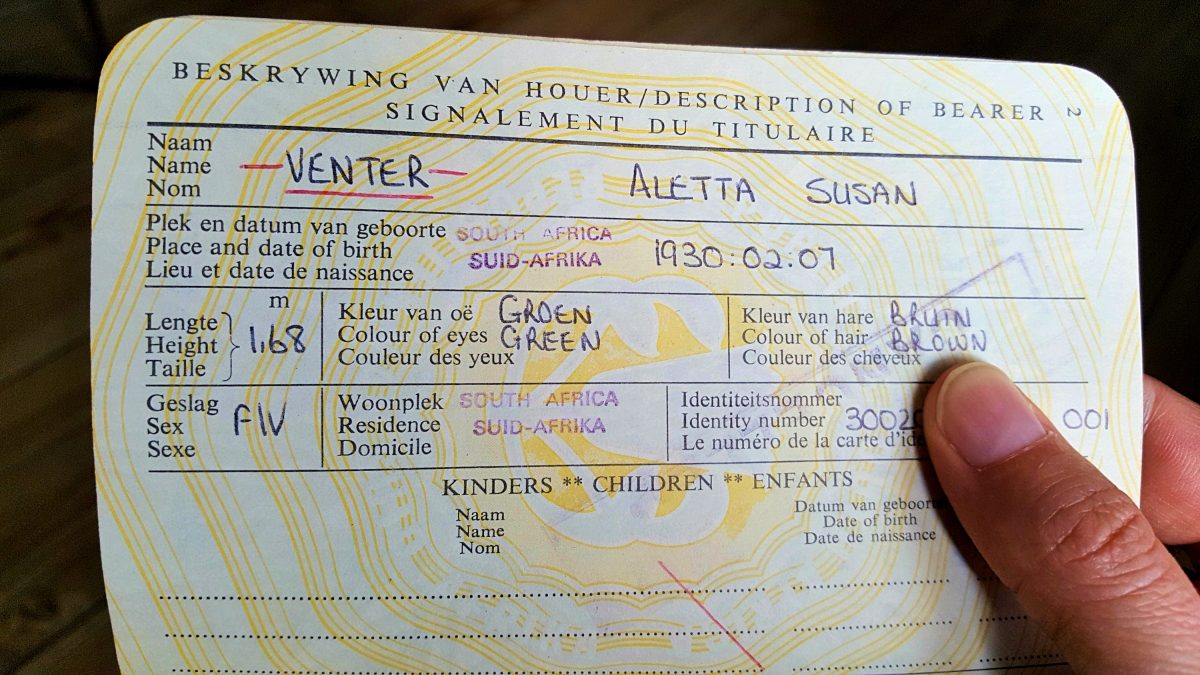 My grandmother had two visas in her passport: one for Canada and one for the USA. Both visas were for the same trip, and like the information page of the passport, the information was all hand written.

The USA visa was basically a stamp issued in Durban. Similar to today’s USA visas, it was a tourist visa, class B-1/B-2, with multiple entries. This visa was only valid for a year, while today’s visas are valid for 10 years (thank goodness!).

The Canadian visa looked more like a modern visa (just missing the photograph). Unlike the USA visa, this visa was only valid for a couple of months. 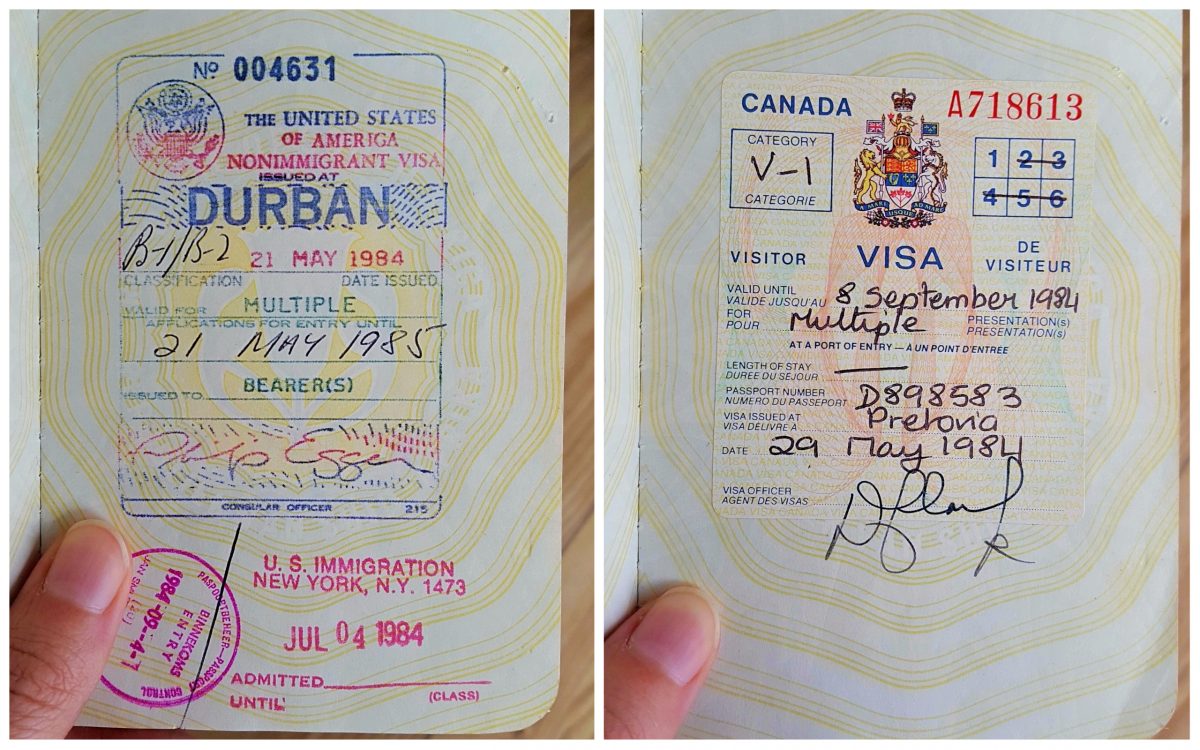 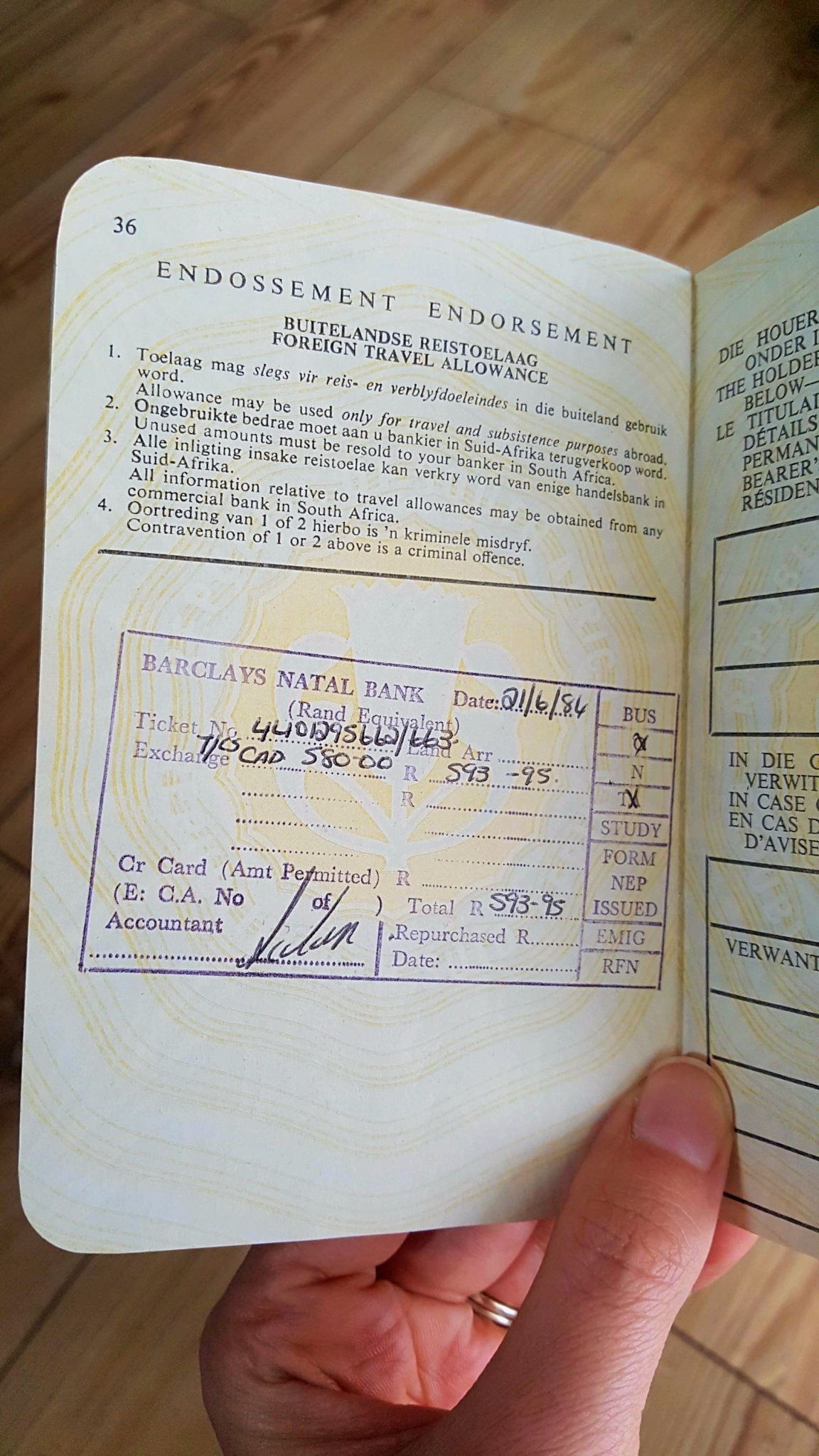 The best thing: the stamps inside my grandmother’s passport allowed me to track her movements 33 years ago! It’s strange to think that one month after my birth, on the 4th of July 1984 (on Independence Day no less), my grandmother was in New York City, on her way to Ottawa!

Inside my mother’s passports

I have my mother’s first as well as her last passport. Her first passport was issued back in 1981, approximately three years before my birth. Like my grandmother’s passport, it was also dark blue on the outside but with golden writing. 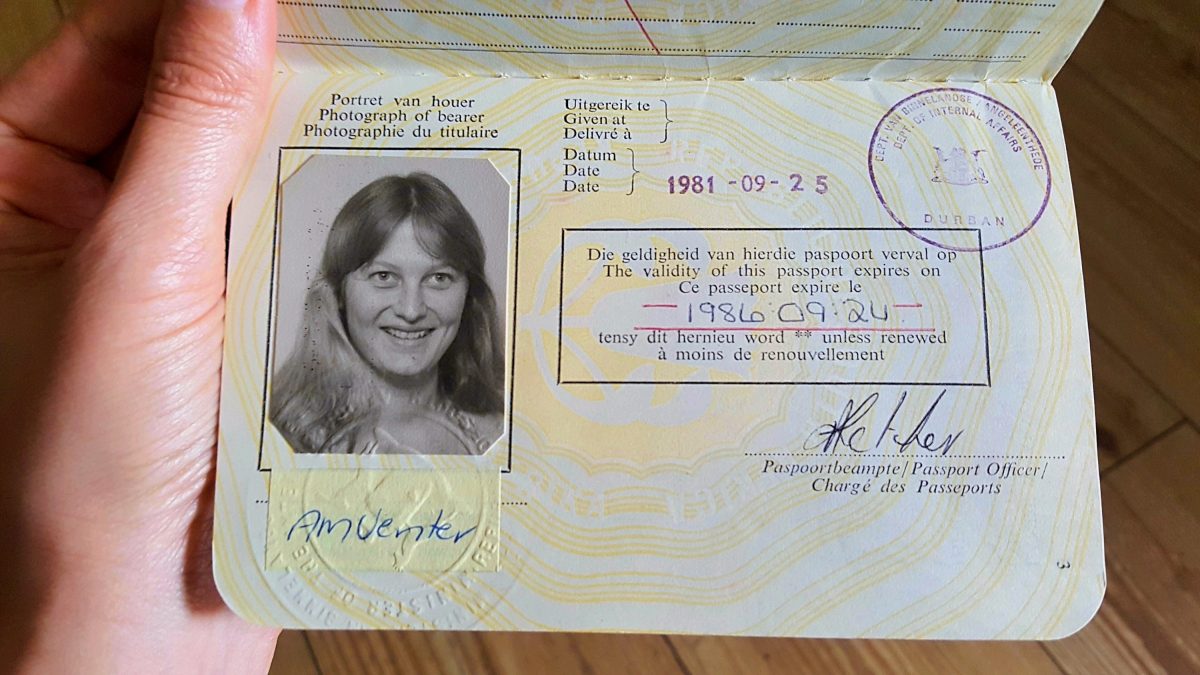 My mother looks so young on her passport photo. If you look closely, you can see she did not look straight into the camera…(Today this is a big no-no for passport photos!). Again the description of my mother inside the passport was all hand written. Sadly, there were no stamps or visas inside her passport. 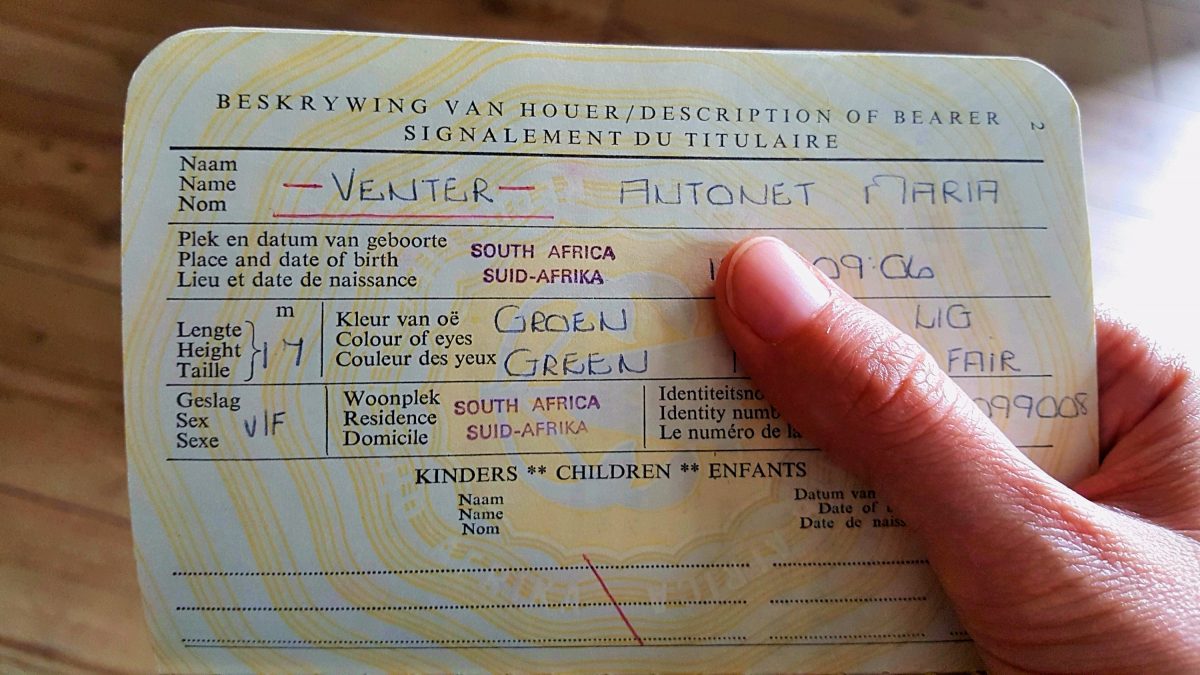 I also have her last passport. It feels odd to look at the dates inside that passport now. They are very significant. My mother was diagnosed with cancer around the same time the passport was issued.  Three months later, she was dead. Obviously, there weren’t any stamps or visas in her passport. 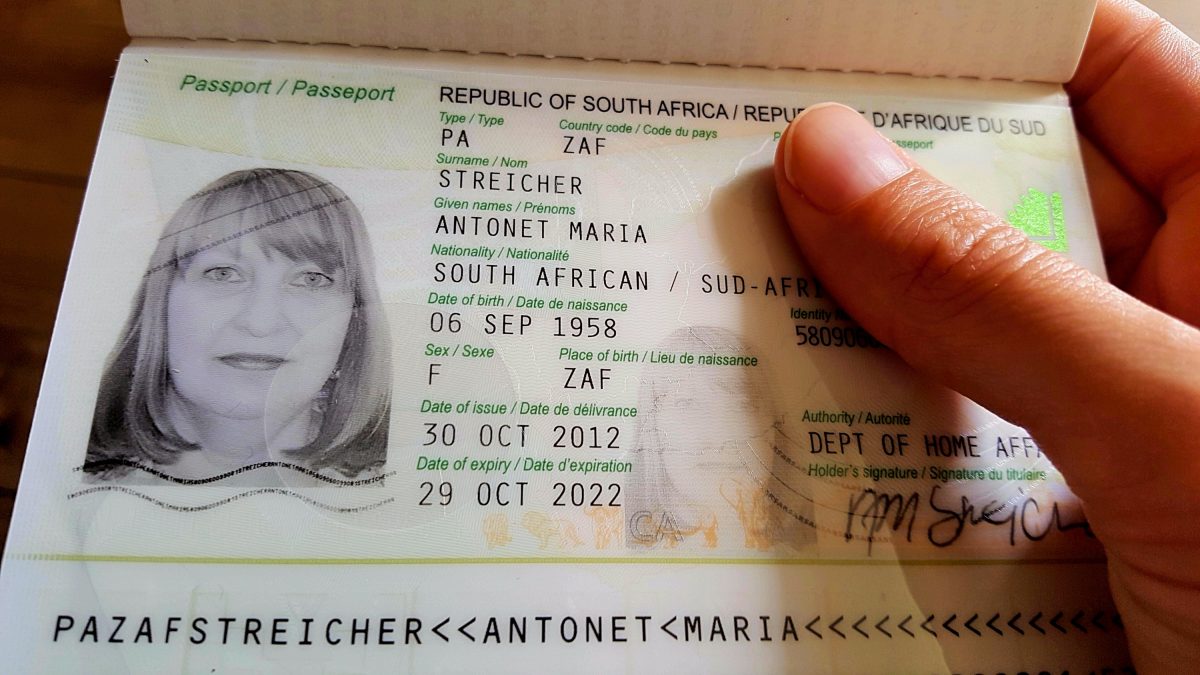 Isn’t it odd that my mother’s passport ‘out-lived’ her? She died in 2013 and yet her passport is valid until 2022…It just goes to show that we make all these plans and yet we don’t know what will happen in the future. I’m not trying to say that you shouldn’t make plans for the future. Quite the opposite, actually! I’m just saying that life is unpredictable and you should make the most of every day.

My passport tells the story of my travels over the last five years. I’ve been a busy girl: Europe, Americas, Asia, and of course Africa! I’ve climbed the Eiffel Tower, ate tapas in Barcelona, soaked up the sun on a Caribbean beach, drank a glass of wine in Tuscany, saw wild Komodo Dragons in Indonesia, volunteered with Elephants in Thailand and I’ve seen a Broadway play in New York City.

I’d like to think that I’m taking all the blank pages in my grandmother’s and mother’s passports and filling them up with visas and stamps. I get to go to all the places they only dreamed of. I get to live the dream!

How about you? Is there a country or city you are dying to see? Just go! I’m not saying you should throw caution to the wind, you should be pragmatic too. But life is fragile. Life is short. Live your dream. 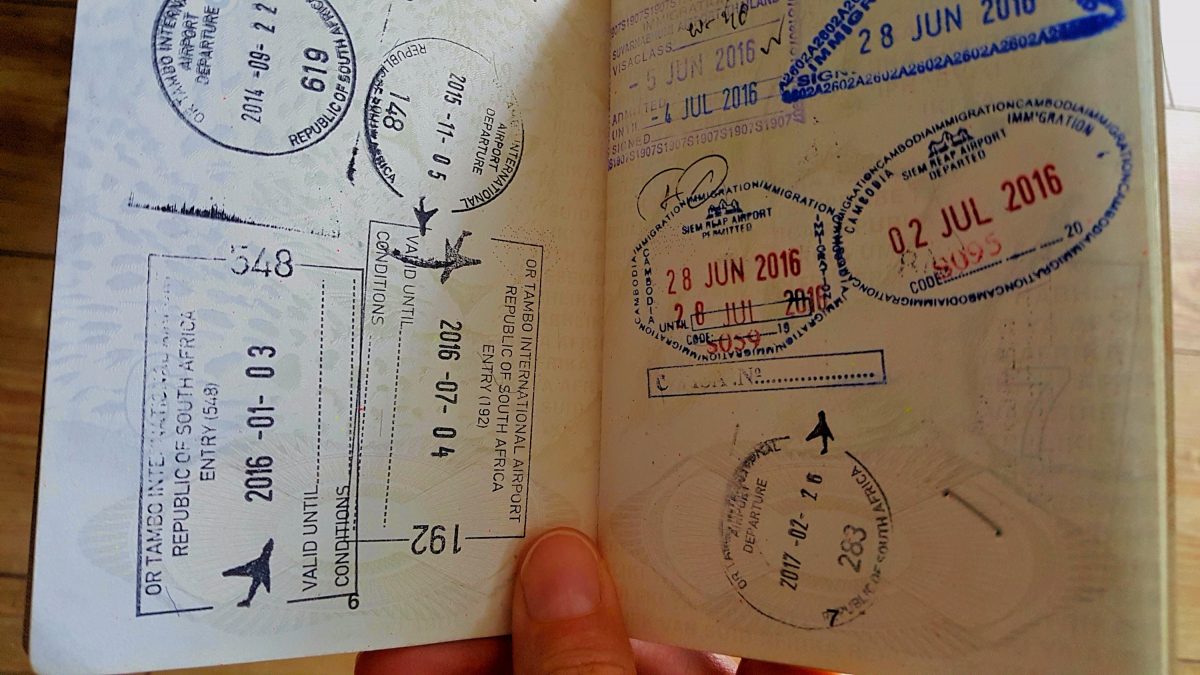