Guess what I was most excited to see at Pier 39 in San Francisco? The view of Alcatraz or the Golden Gate Bridge? Nope. All I wanted to see was the sea lions! They are such cool and fascinating creatures. Here are 7 interesting facts about California sea lions you probably didn’t know. 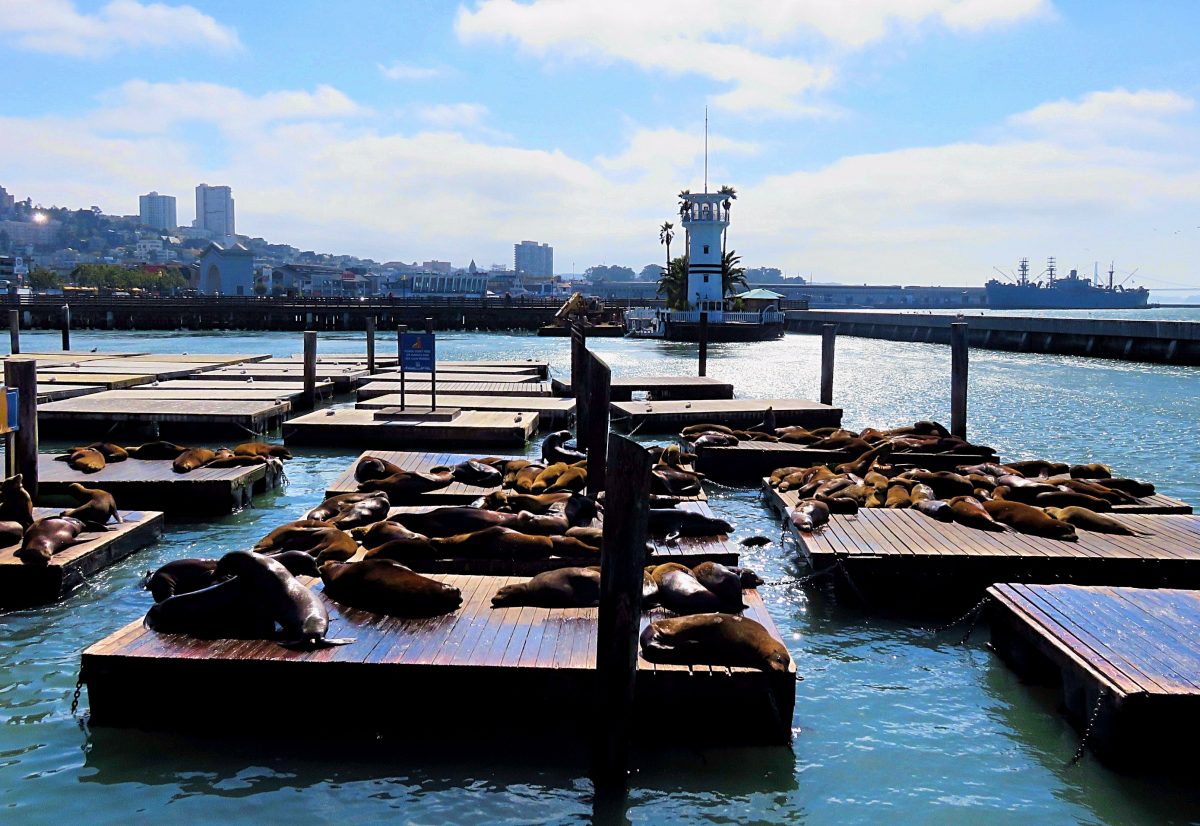 1. They can see colour

They have dichromatic colour vision. That means they can discriminate colours in the blue-green part of the spectrum relating to their natural habitat. A study showed that sea lions could distinguish blue and green from grey, but not red. 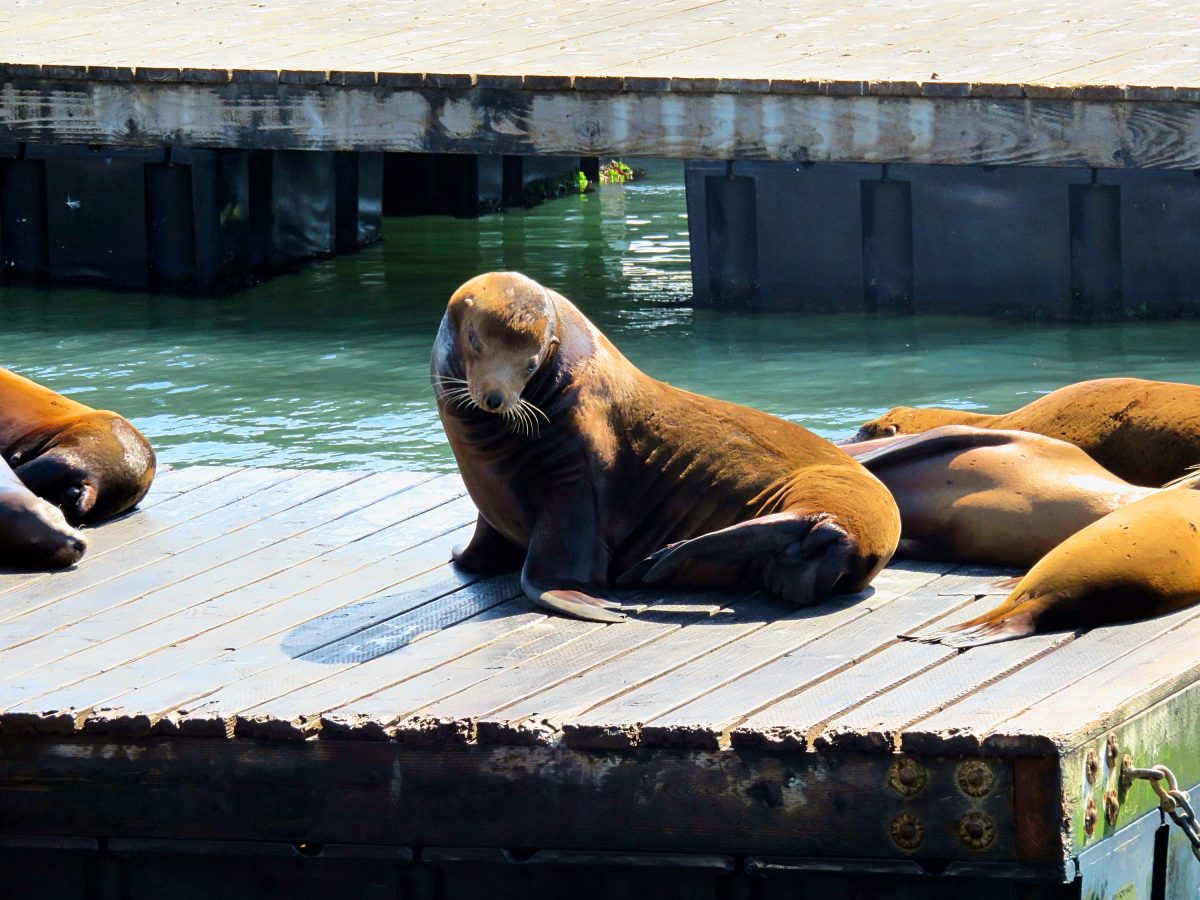 2. Their right ears are more sensitive for calls from other California sea lions

California sea lions favour their right ears when it comes to hearing calls from other members of the same species. This is why: the right ear is connected to the left hemisphere of the brain, which is associated with the processing of communication within a species. Fascinating, right? 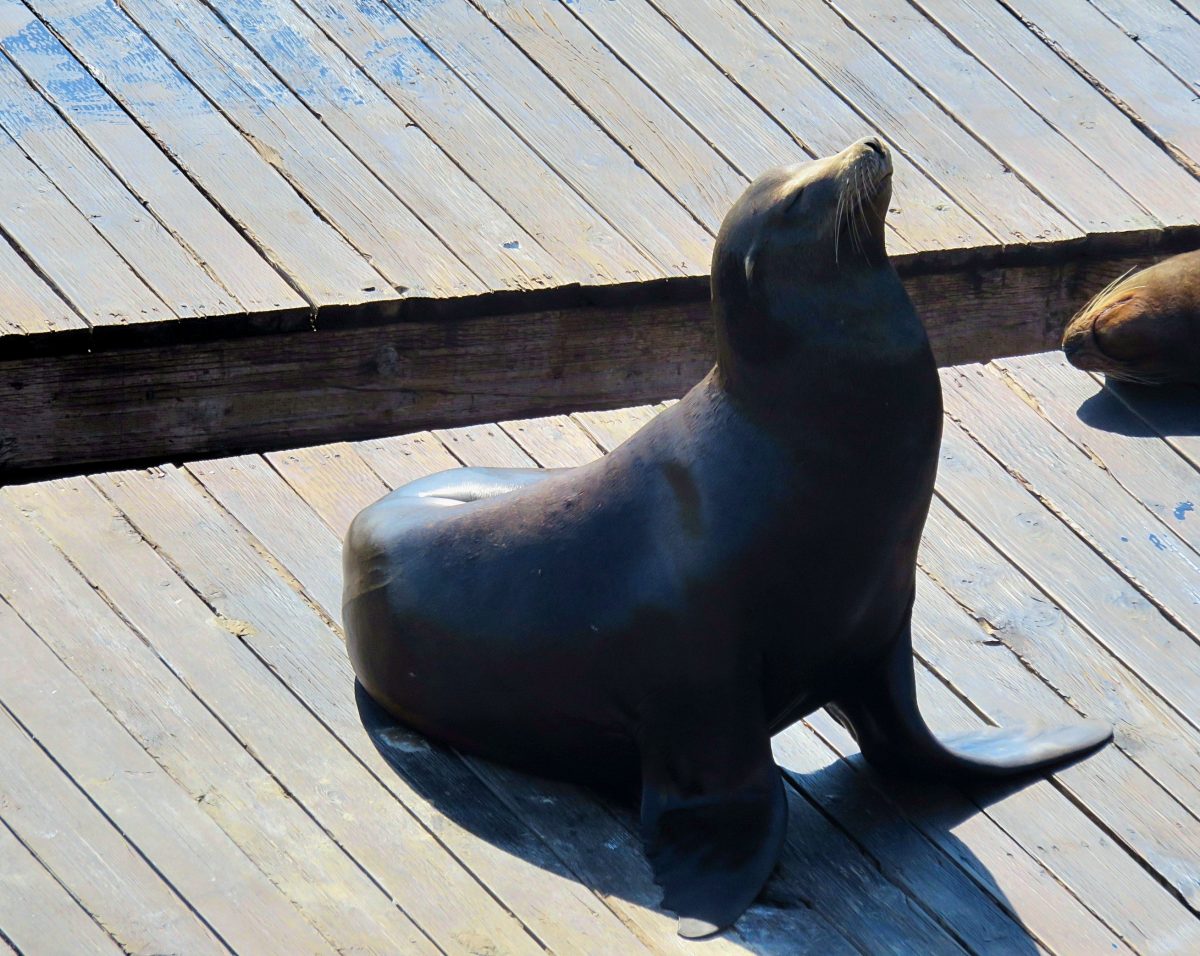 3. They can stay in the water for up to 2 weeks

California sea lions can stay in the ocean for up to 2 weeks at a time. They have special adaptations that allow them to do this. For example, they insulate and streamline their bodies with a thick layer of blubber. 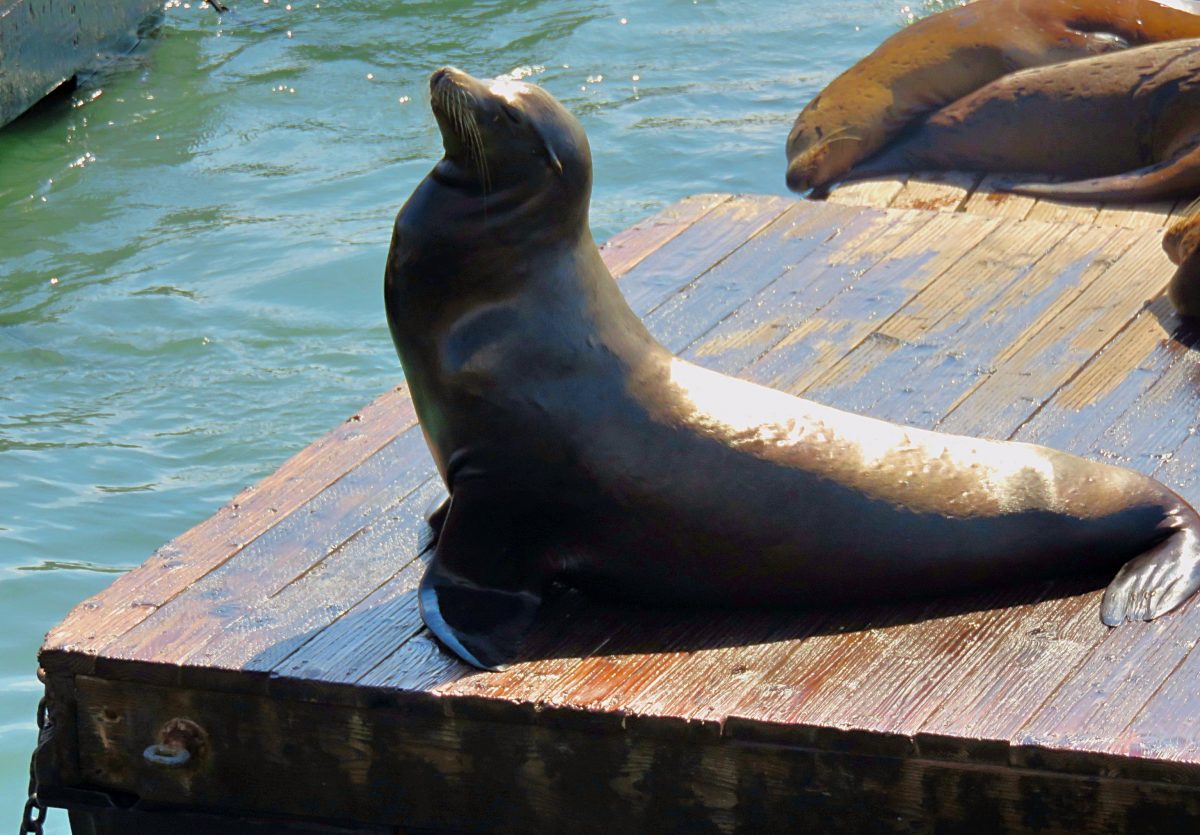 4. They can stay under water for 10 minutes

Although they typically submerge themselves for 3 minutes, California sea lions can stay under water for up to 10 minutes. This is possible because of three adaptations. They can slow down their heart rate to 20 beats per minute. Sea lions also have a high blood volume and more myoglobin in their muscles. Both of these adaptations increase oxygen uptake, enabling them to stay submerged for longer. 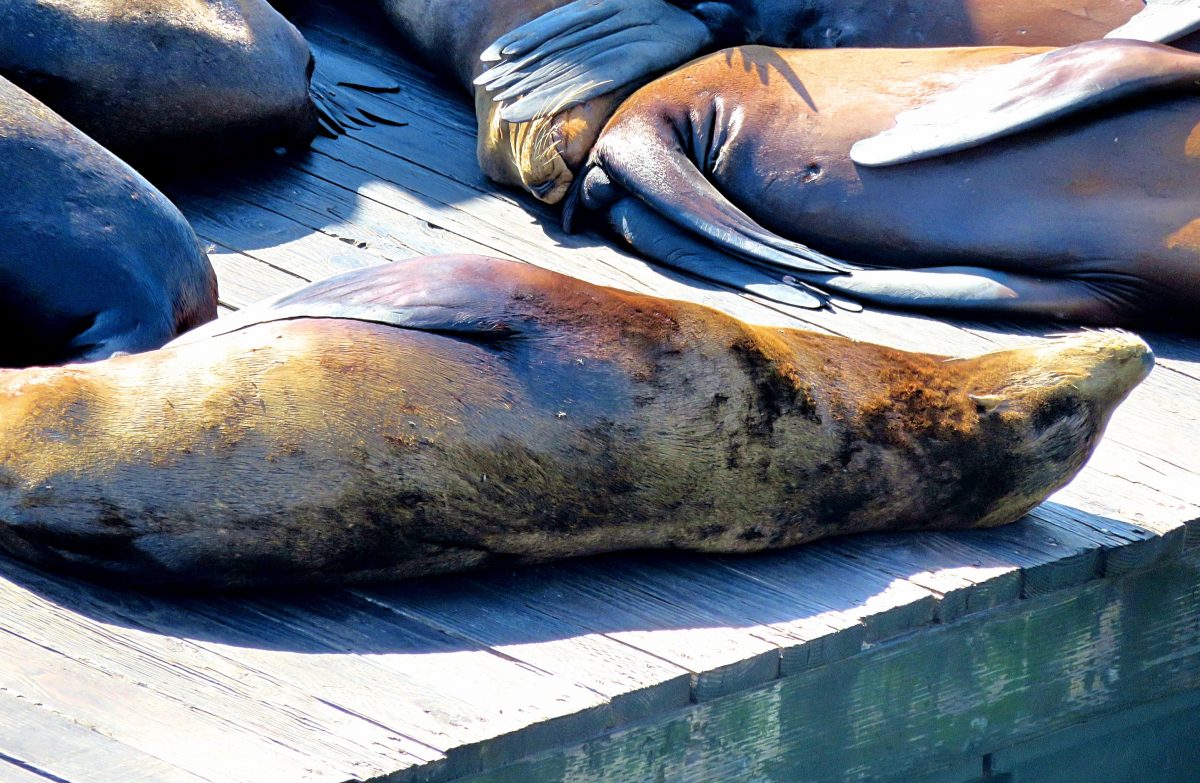 5. How low can the California sea lion go?

They are expert divers! California sea lions can reach depths of 274 meters in search of food! On average though, the dives are between 20 and 100 meters deep. 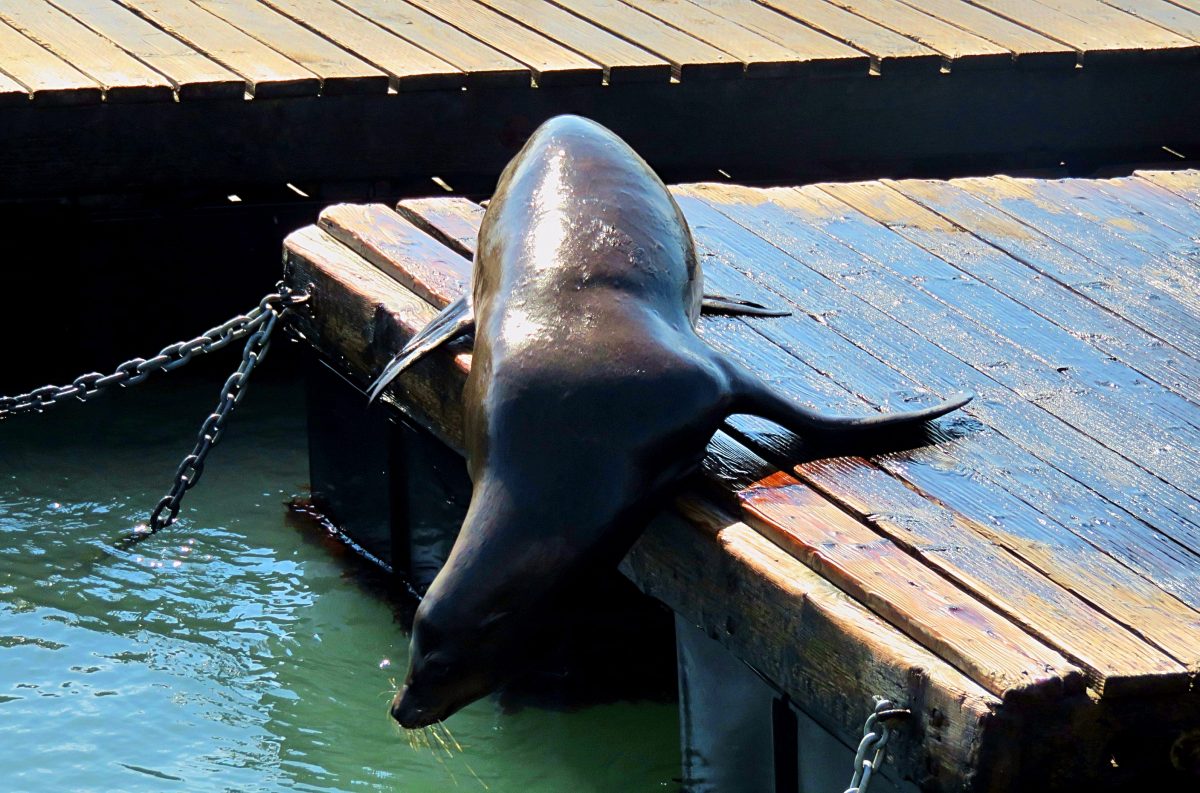 6. Females can time the birth of their pups

Female sea lions use a reproductive strategy called obligate diapause to control during which months of the year their offspring are born. Say what?! Yep. During delayed implantation, the embryo is maintained in a state of dormancy and does not implant in the uterus. In doing so, sea lion pups can be born during the optimal time of the year, usually June or July. 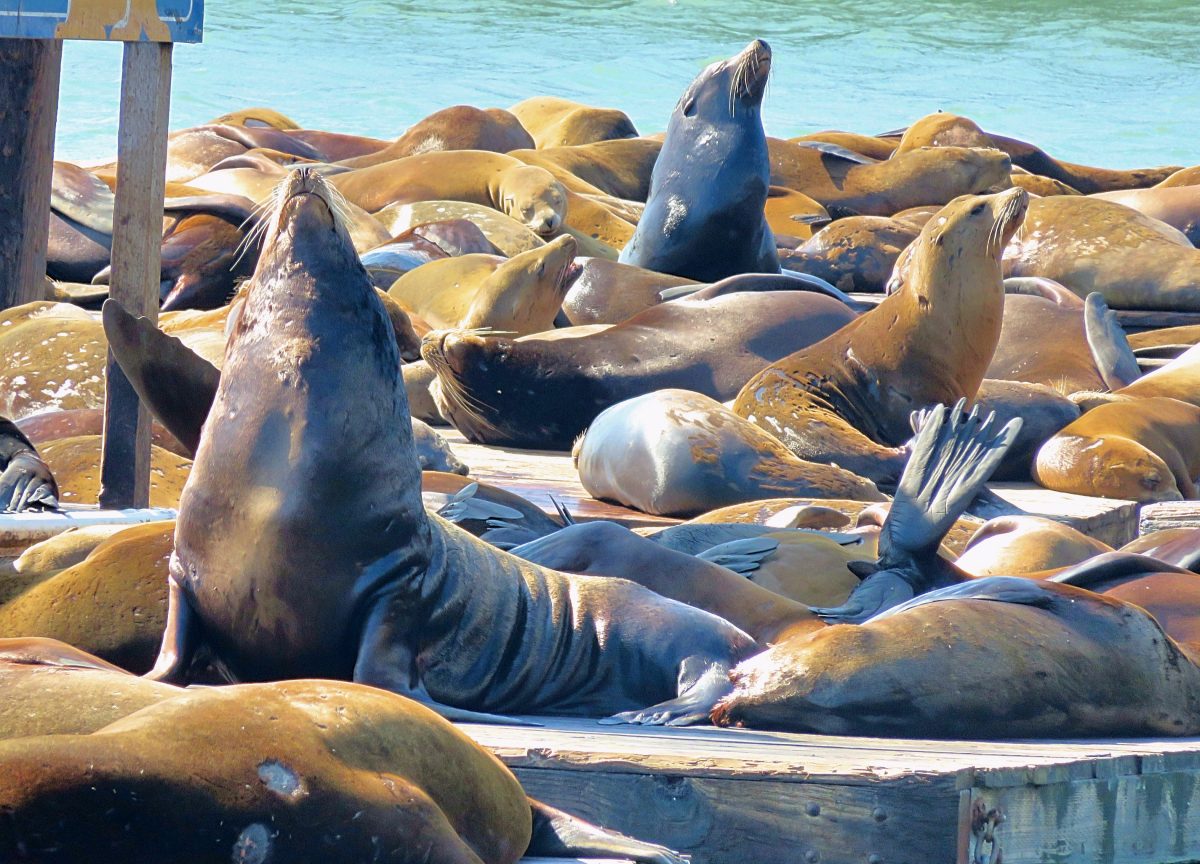 7. The US Navy uses them to detect mines and hostile divers

Yep. Because California sea lions are so intelligent, they are part of the Navy Marine Mammal Program. They can detect naval mines, help the Navy to identify enemy divers and retrieve military hardware. 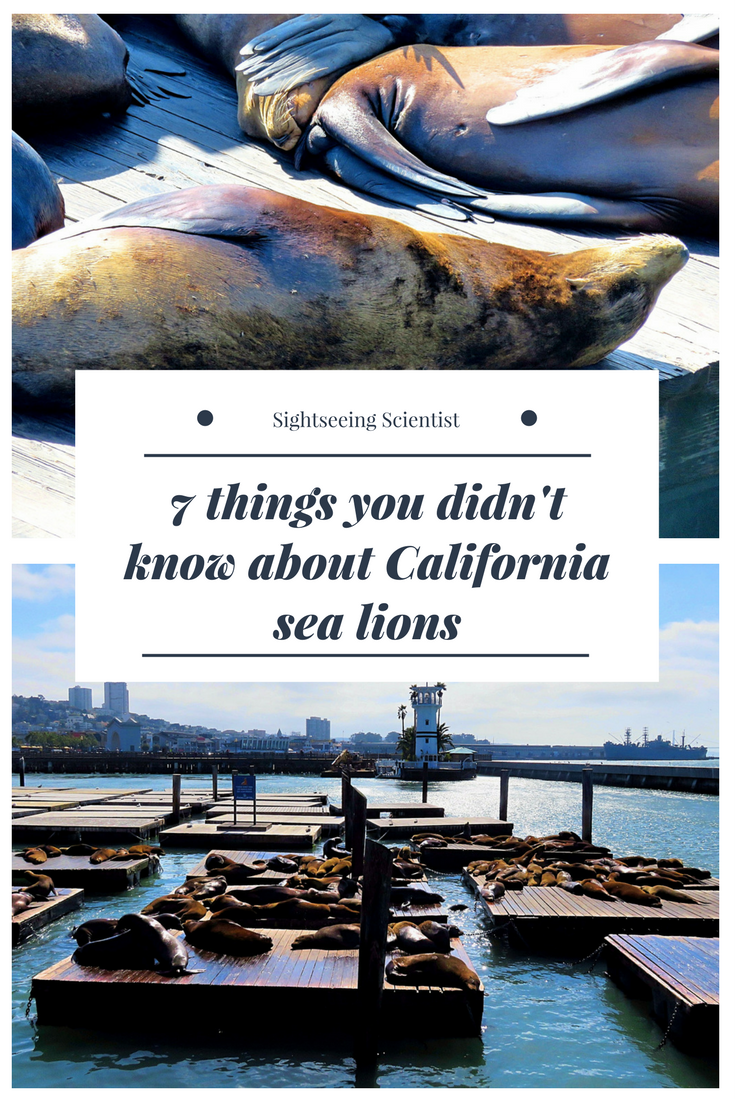