11 cool things to do in Budapest inspired by hit songs

Budapest is one of the most beautiful cities in Europe with lots to see and do. If it’s not on your bucket list yet, you should add it immediately. Right now, I’m not kidding!

To help you plan your trip to the capital of Hungary, I’ve compiled a list of 11 (because 10 just isn’t enough) must-do activities in Budapest. And to help you remember them, I’ve connected each attraction to a hit song. Enjoy! 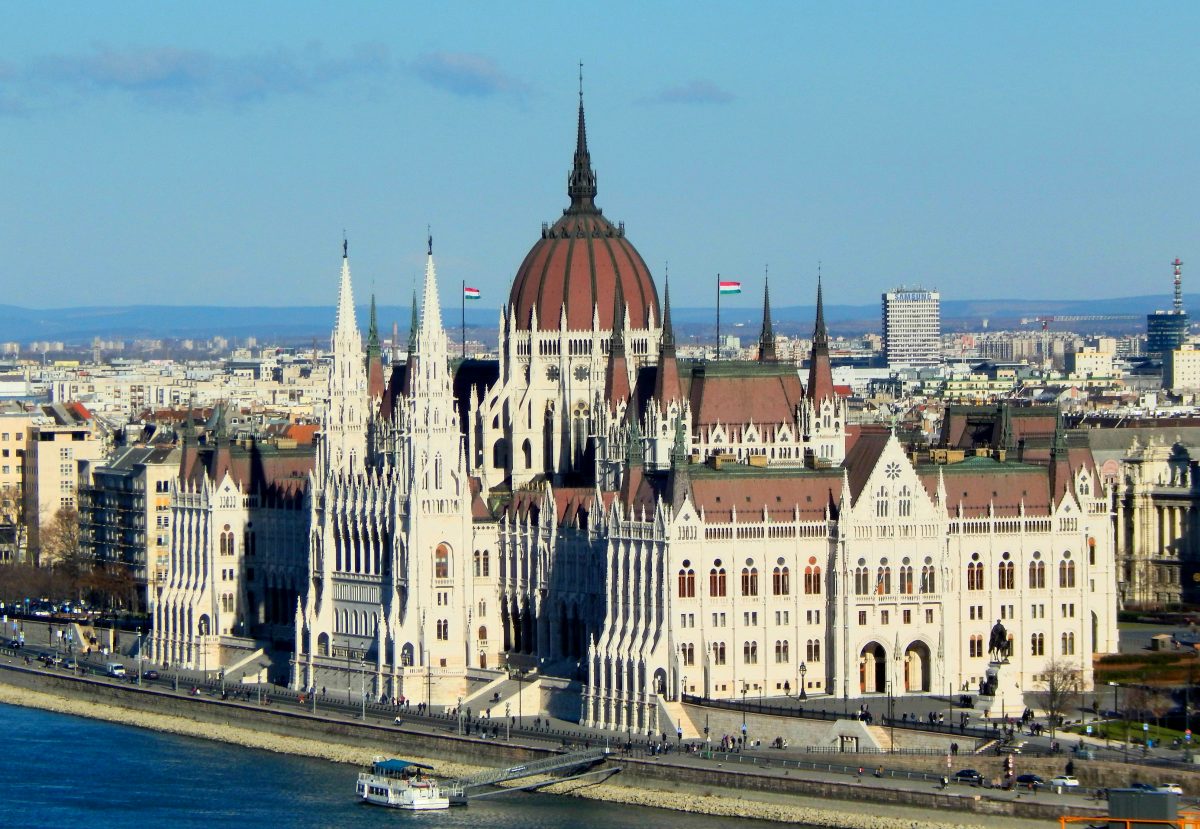 There is no shortage of bridges in Budapest. They criss-cross the Danube river like the stripes on a zebra. The most famous bridge in Budapest and one you should definitely explore on foot is the Chain Bridge (Szechenyi Chain Bridge). It was the first permanent stone bridge to connect the two cities, Buda and Pest. 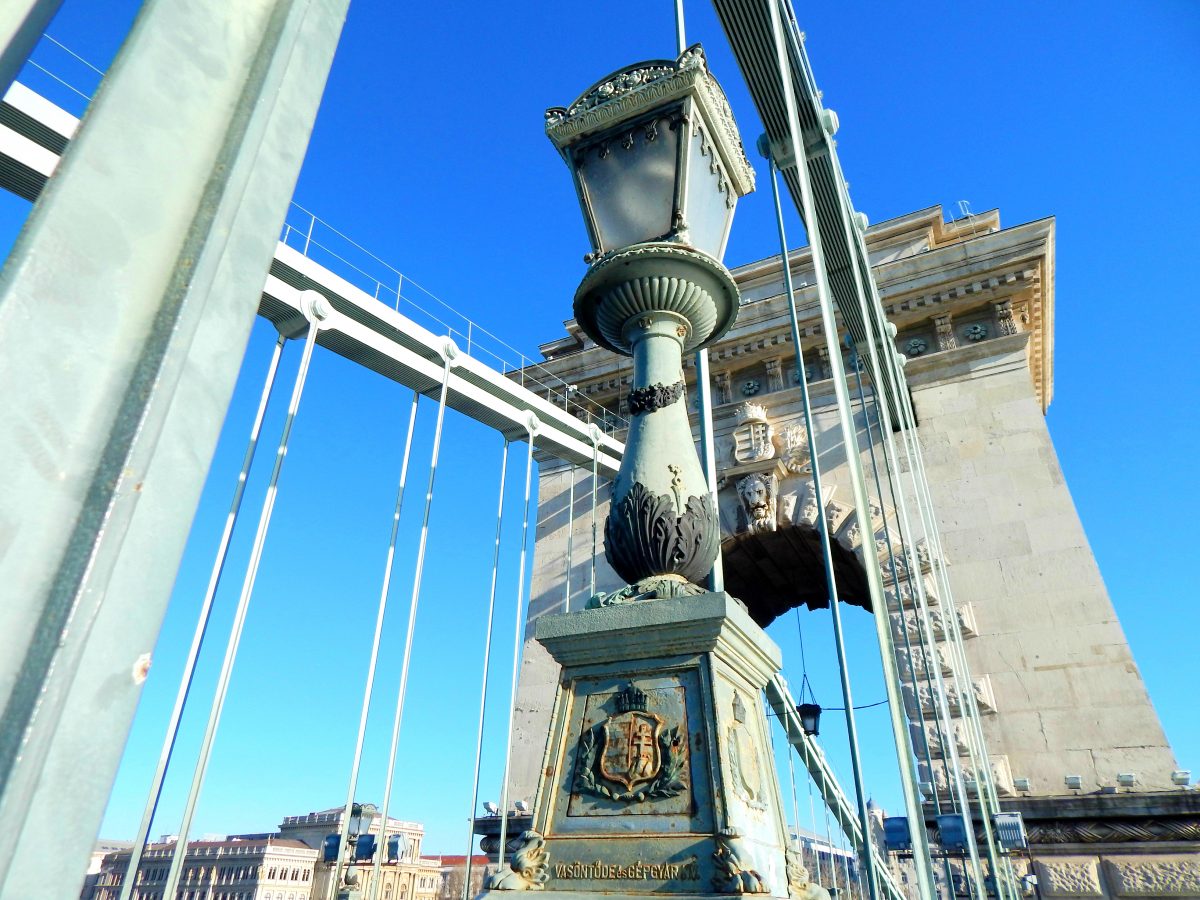 There are a couple of religious buildings you should definitely see during your time in Budapest.

St. Stephen’s Basilica is a Roman Catholic church on the ‘Pest’ side of Budapest. It is named after the first king of Hungary, Stephen. 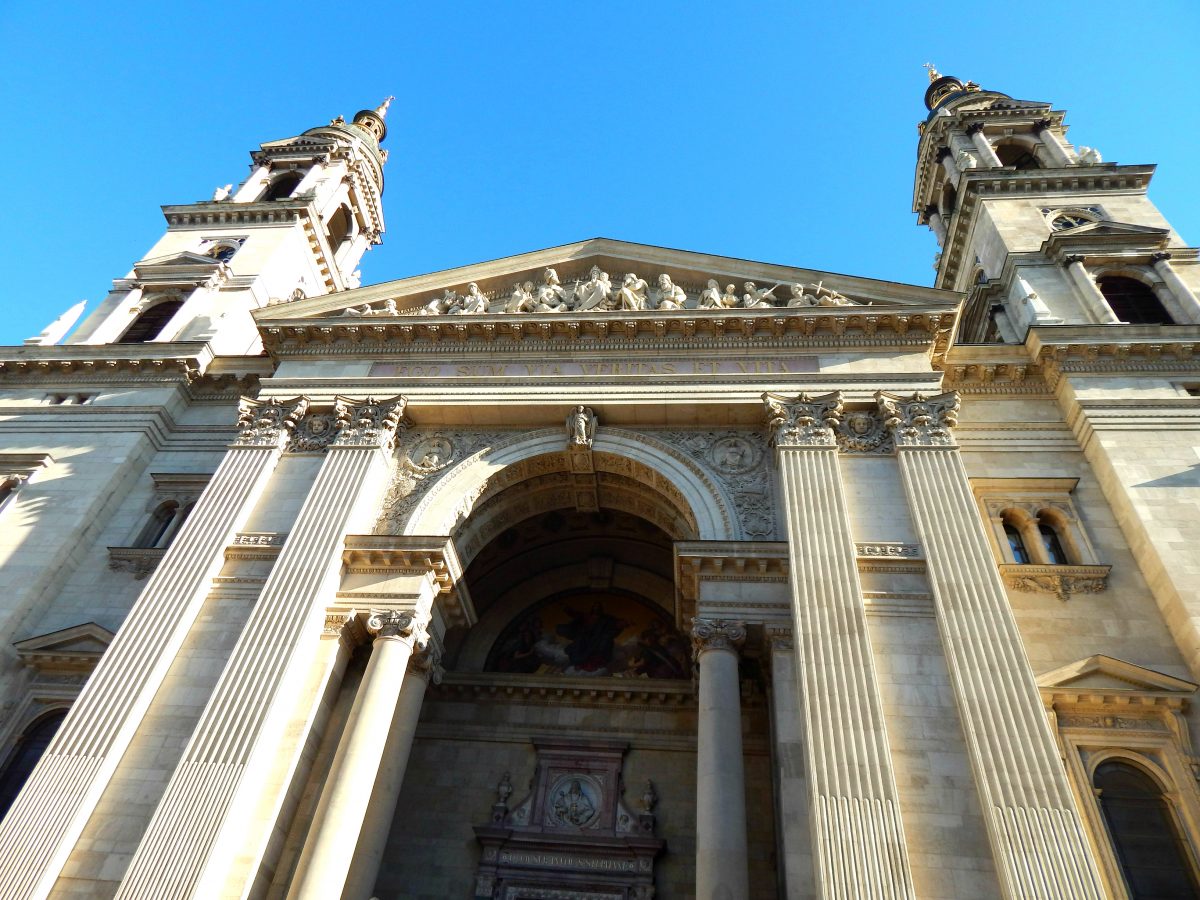 As with most churches, it’s true beauty lies on the inside. Be sure to check out the exquisite interior of St. Stephen’s Basilica for a donation of 200 HUF. 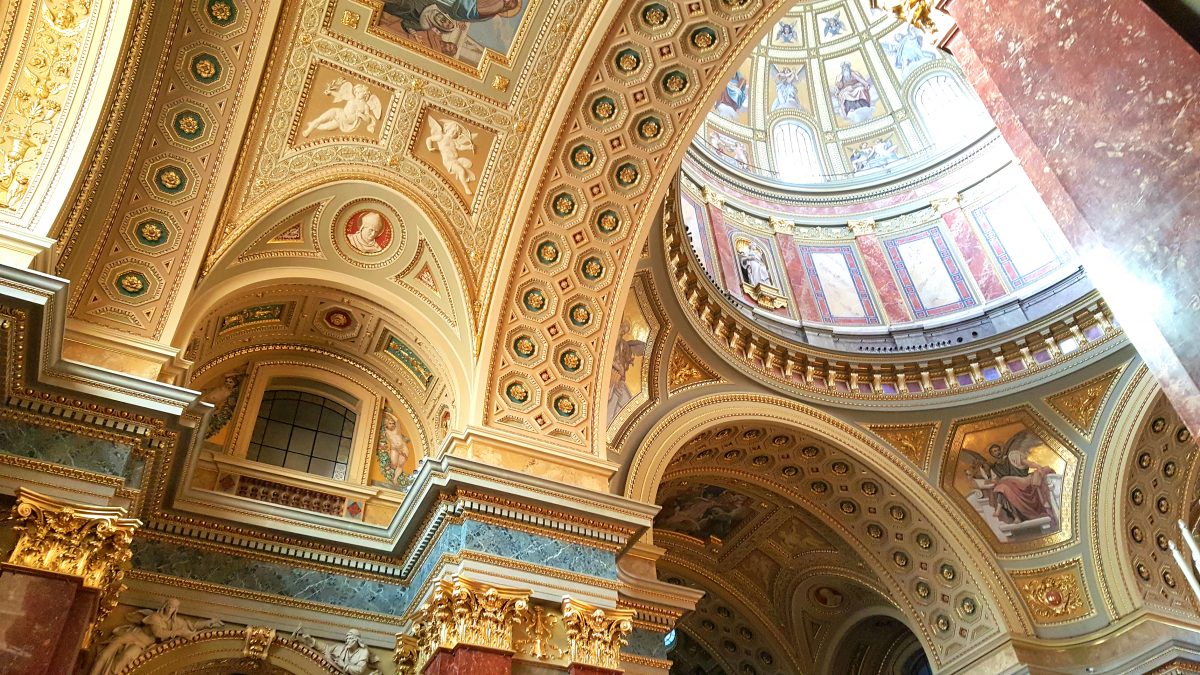 This church, unfortunately, did not escape the horror of World War II.  It was almost completely destroyed, but the church has been rebuilt again. It’s on the ‘Buda’ side in the Castle district, right next to the Fisherman’s Bastion. 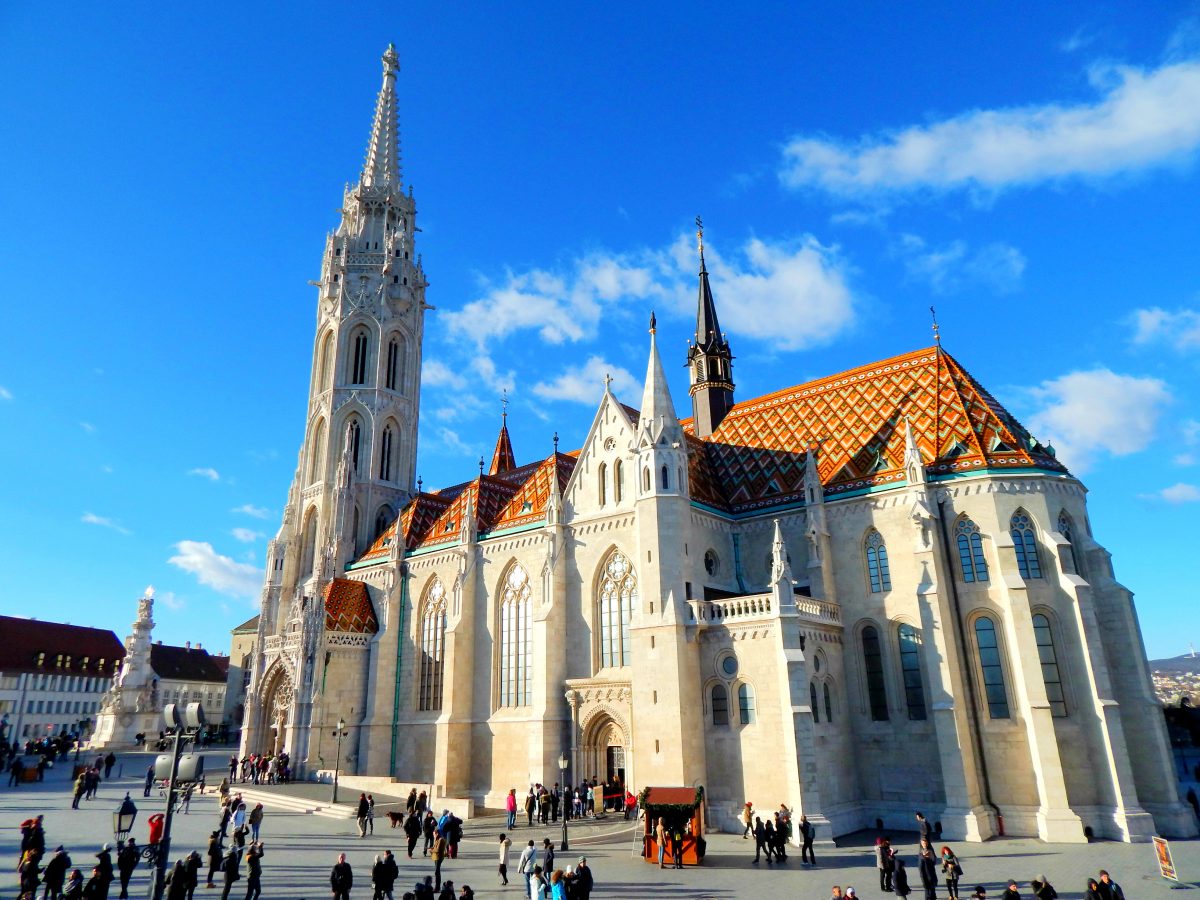 The most striking exterior feature of the church is the famous Zsolnay ceramic roof tiles. It’s rather pricey to enter the church. It will set you back 1500 HUF. 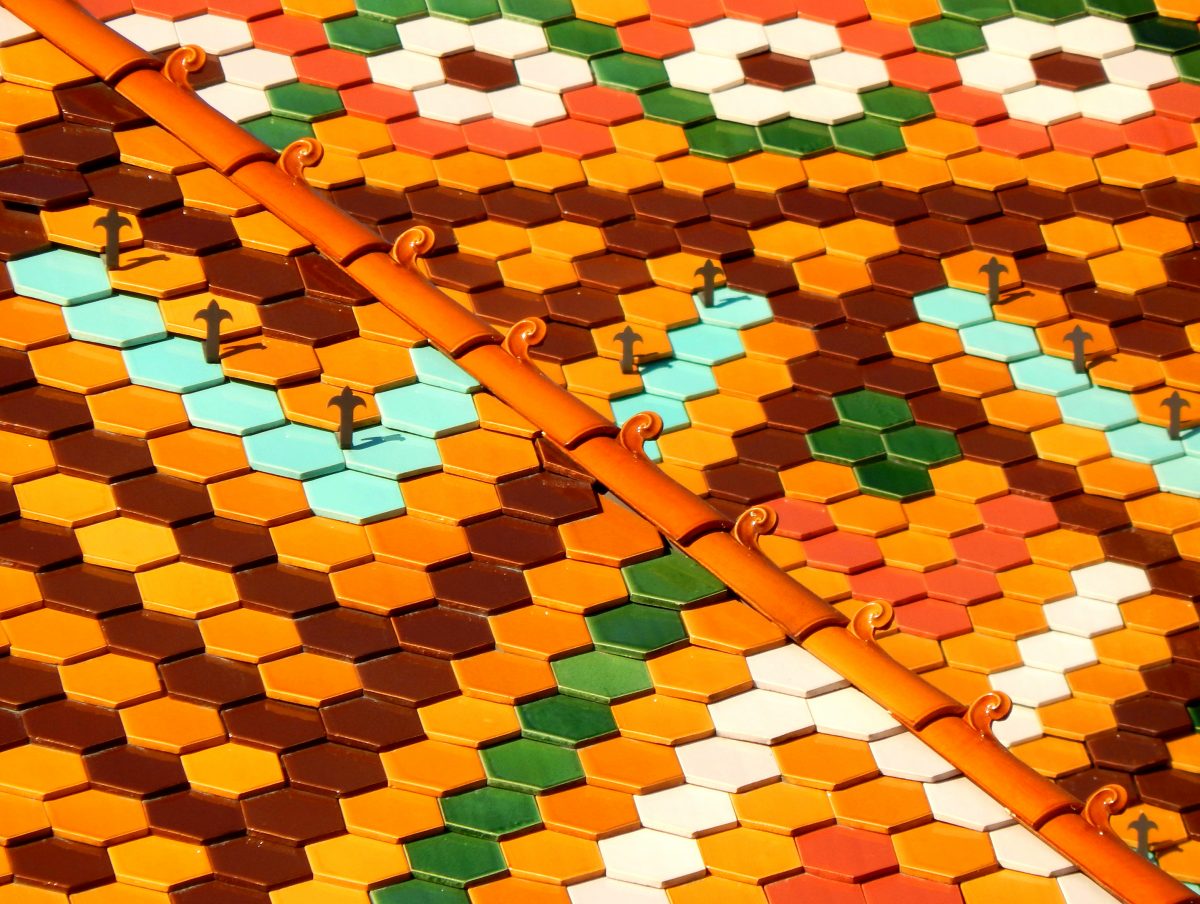 This is the largest synagogue in Europe and the second largest in the world, definitely worth a visit. 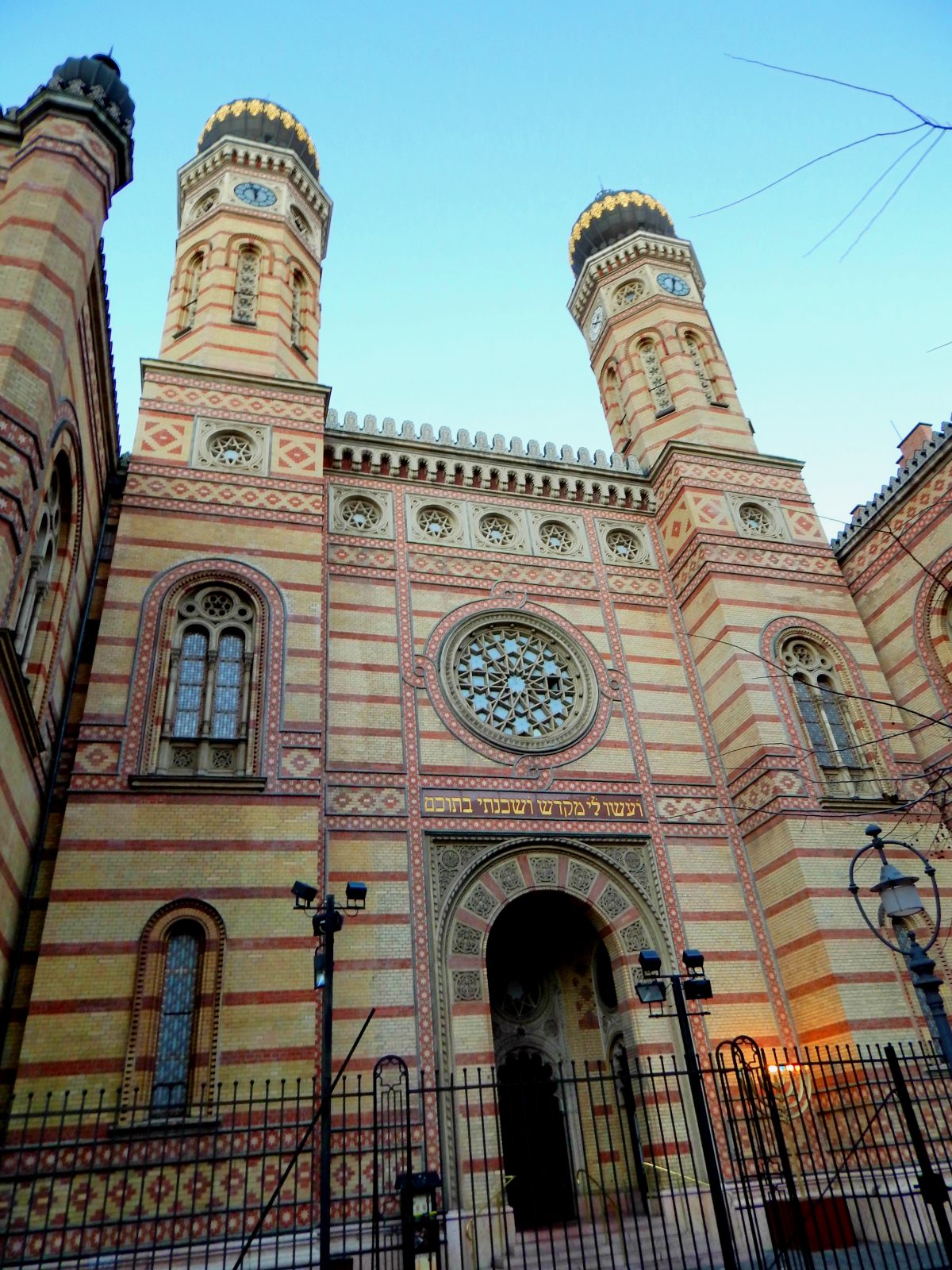 At the back of the synagogue, you can find the Holocaust Memorial also known as the Emanuel Tree. This hauntingly beautiful weeping willow has all the names of Hungarian Jews killed during the Holocaust inscribed on each of its leaves. 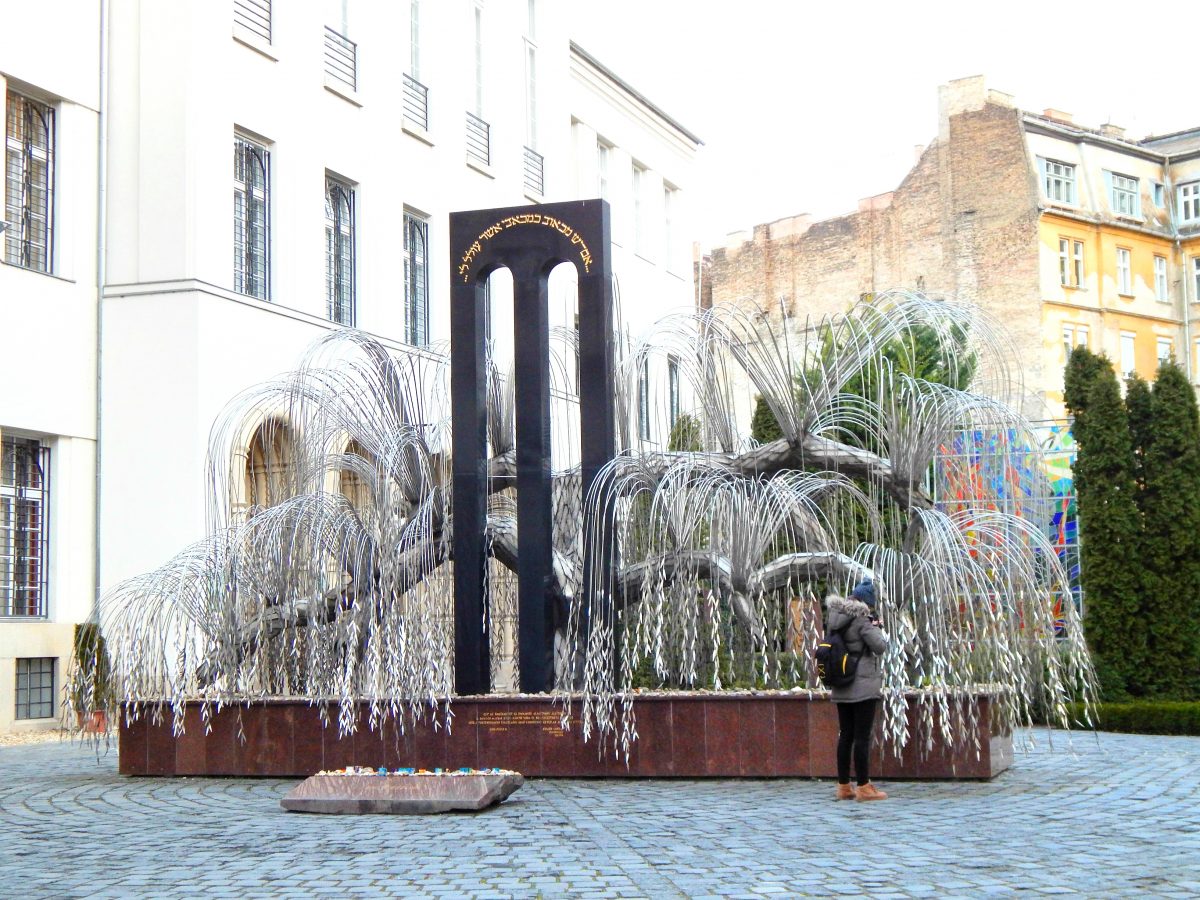 Do you have hungry eyes all the time like I do? Then you are in the right city! Food you absolutely have to try in Budapest include langos, goulash, chimney cake (kurtoskalacs) and flodni.

Goulash is a hearty meat and vegetable stew. You’ll find it everywhere in the city. There’s a version that only contains vegetables, but I wasn’t able to find it. 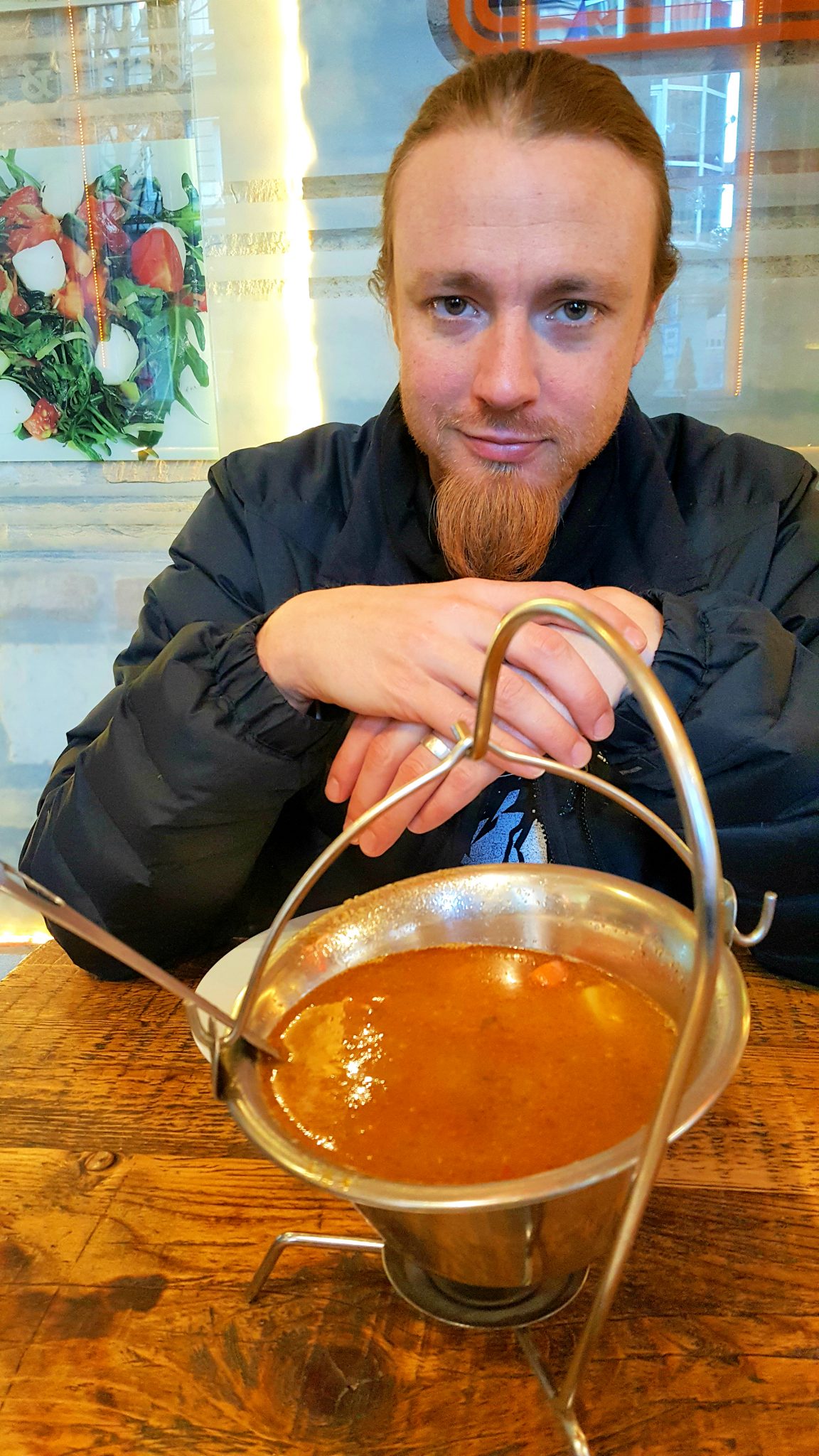 I loved the langos! It’s deep-fried dough served with various toppings. The tastiest and the cheapest langos I could find was in the street food alley next to Szimpla Kert. My favourite toppings included the basic langos with grated cheese (700 HUF), and sheep’s cheese and grilled paprika (1000 HUF). Yum! 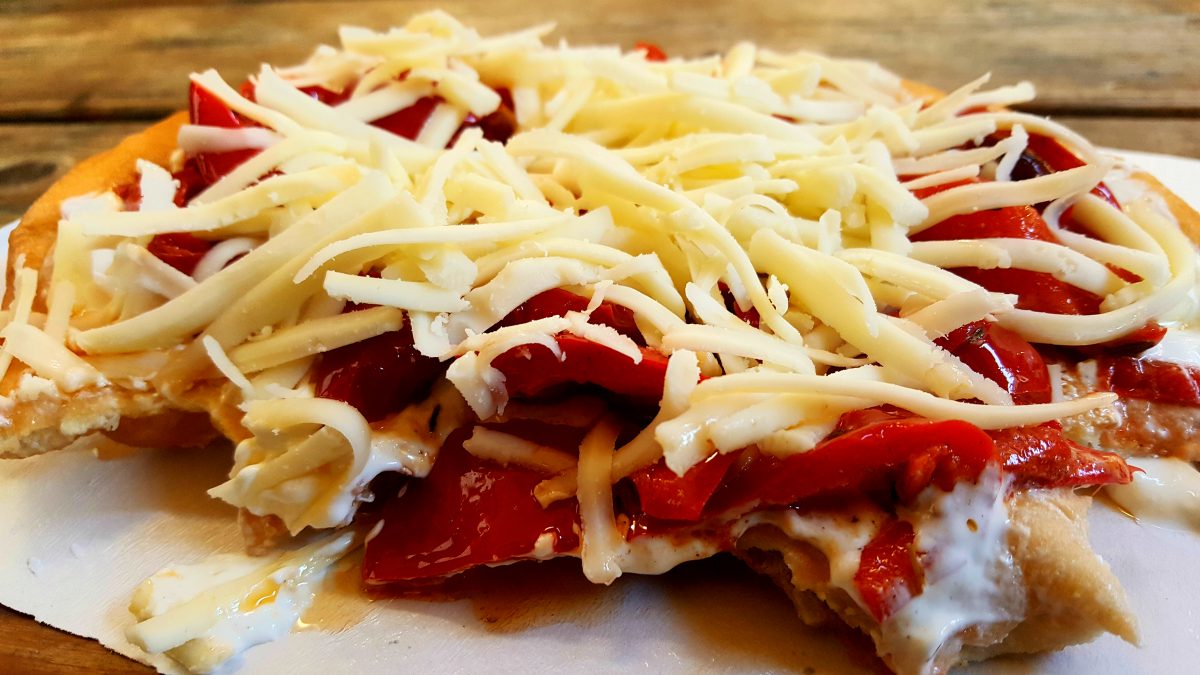 Be sure the check out the other food trucks in the alley. There is even a vegan burger joint! But the food in the alley is pricey though (except for the langos). 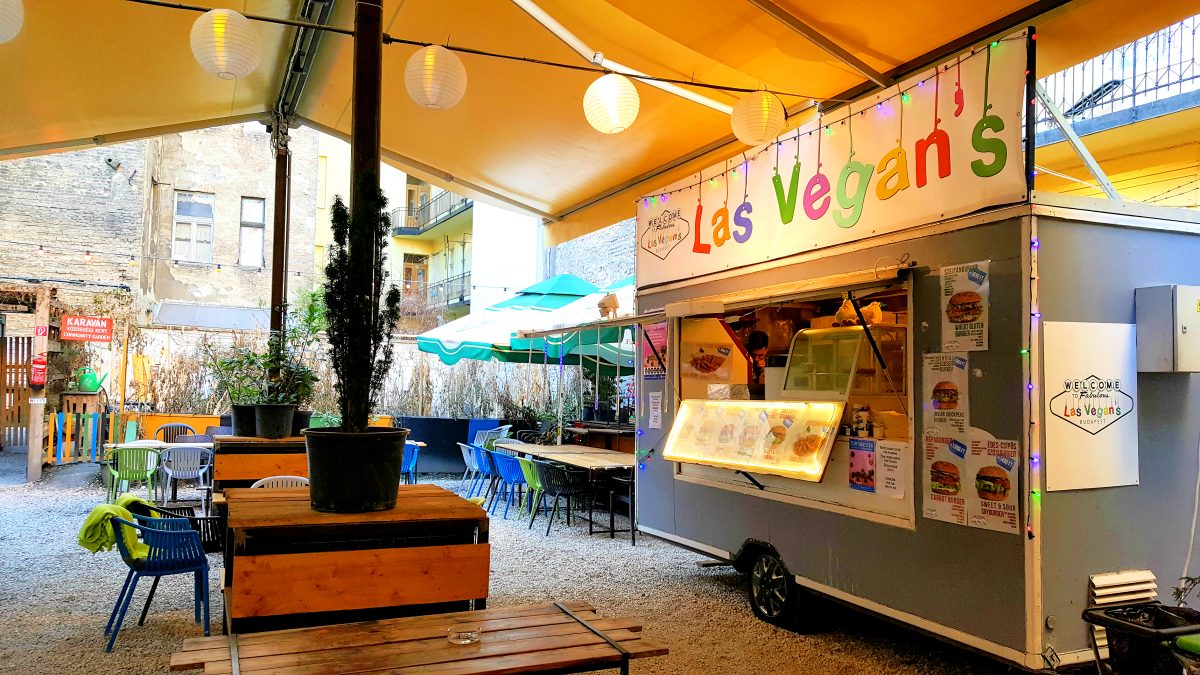 When in Budapest, be sure to eat the chimney cakes! I didn’t because I thought it was a Czech dessert (I ate some in Prague). But it’s actually Hungarian.

A dessert I really enjoyed was flodni. It’s a traditional Hungarian dessert – pastry with apple, walnut and poppy seed. I ate the best flodni at the Christmas markets in Budapest. 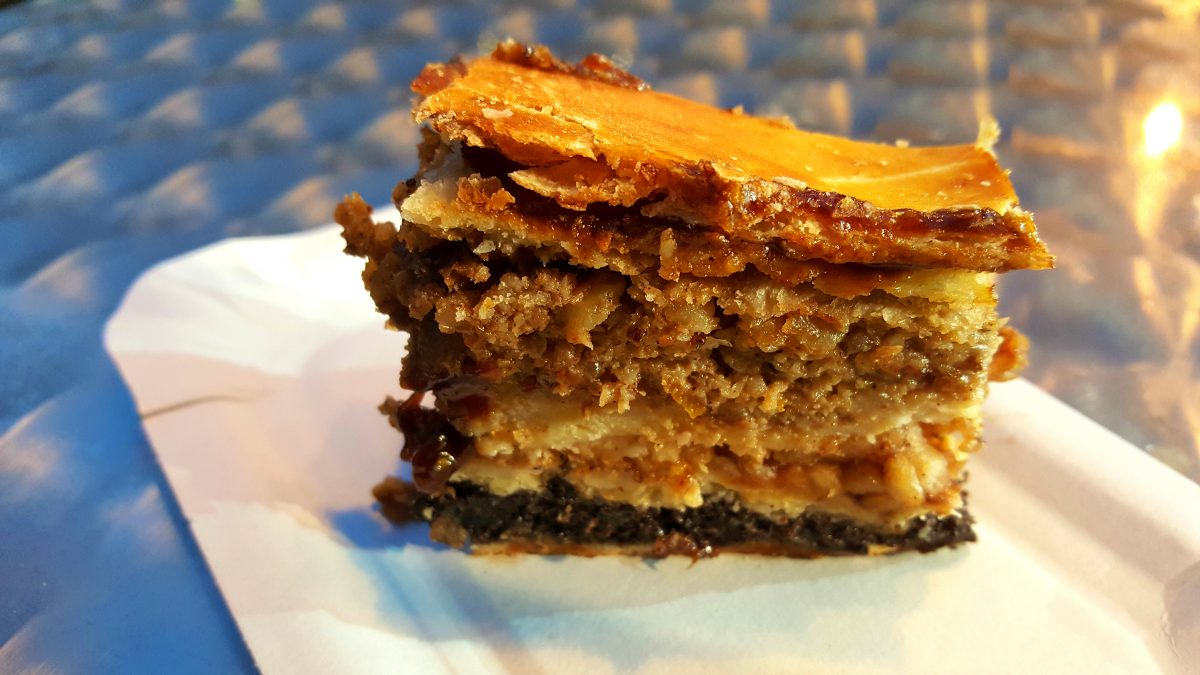 Why not have a glass of Hungarian wine in a ruin bar? There are lots of ruin bars in the Jewish District, but they are quite tricky to find. The most famous ruin bar in Budapest is Szimpla Kert. The property is huge with insane décor. It’s like stepping into a retro time machine. Think floppy disks, old computers and video games. Be sure to explore the whole bar. There are lots to see! 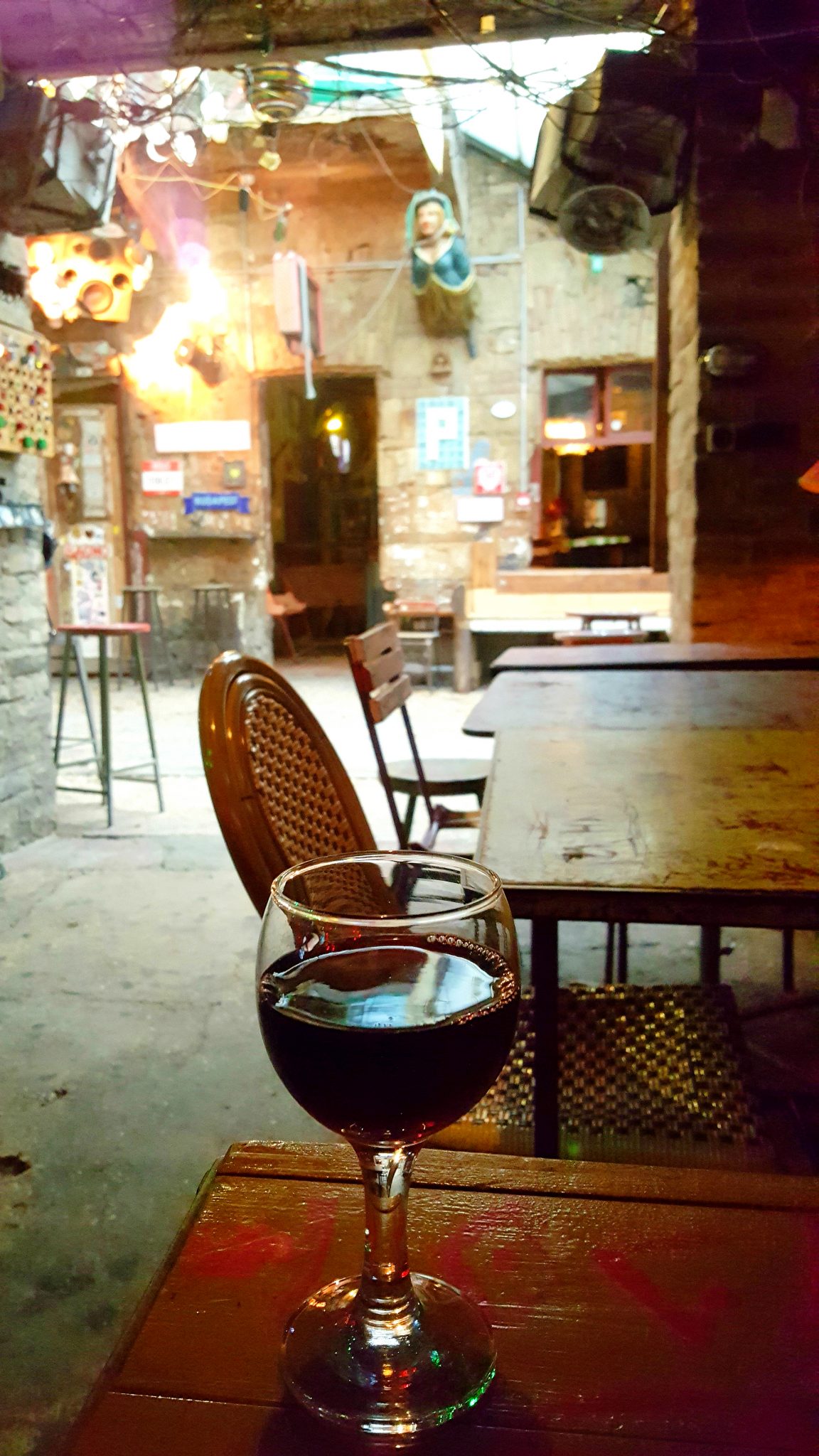 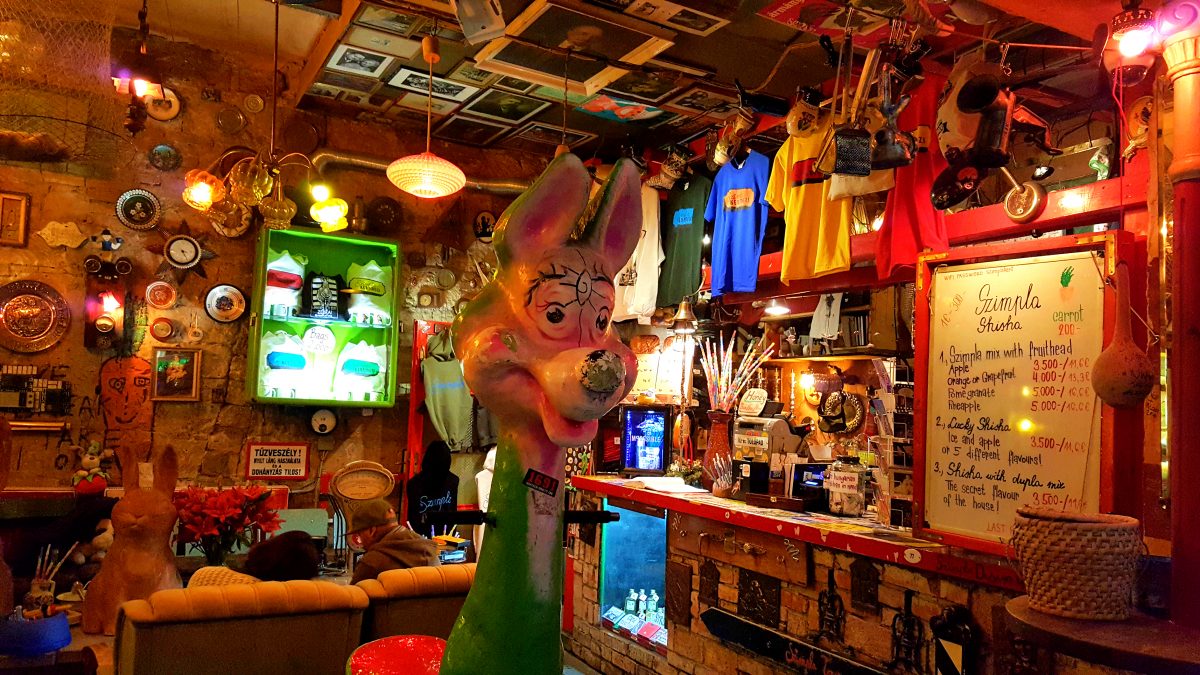 5. Put yourself in my SHOES – Clint Black

Like the song says, put yourself in the shoes of the 3500 people shot into (yes into) the Danube River. You can do this by visiting the Shoes on the Danube Bank Memorial in Budapest. 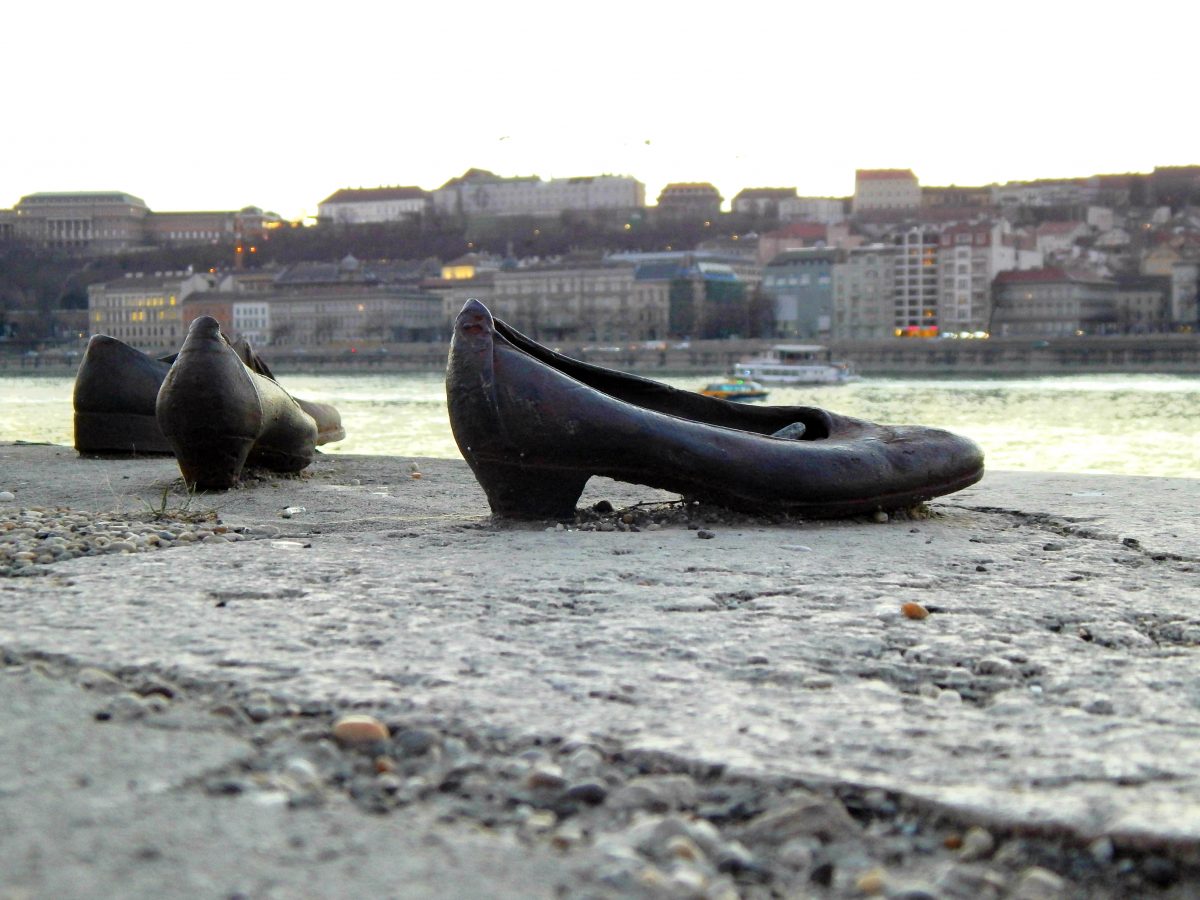 If you’re on a strict budget, and you only have enough cash to do one activity in Budapest, take a river cruise! That’s my advice –  take an evening river cruise. The best views in the city are from the water. All the buildings light up as the sun sets. It’s a spectacular sight. A one-hour cruise can cost as little as $10 (USD) per person, and that includes a complimentary welcome drink. 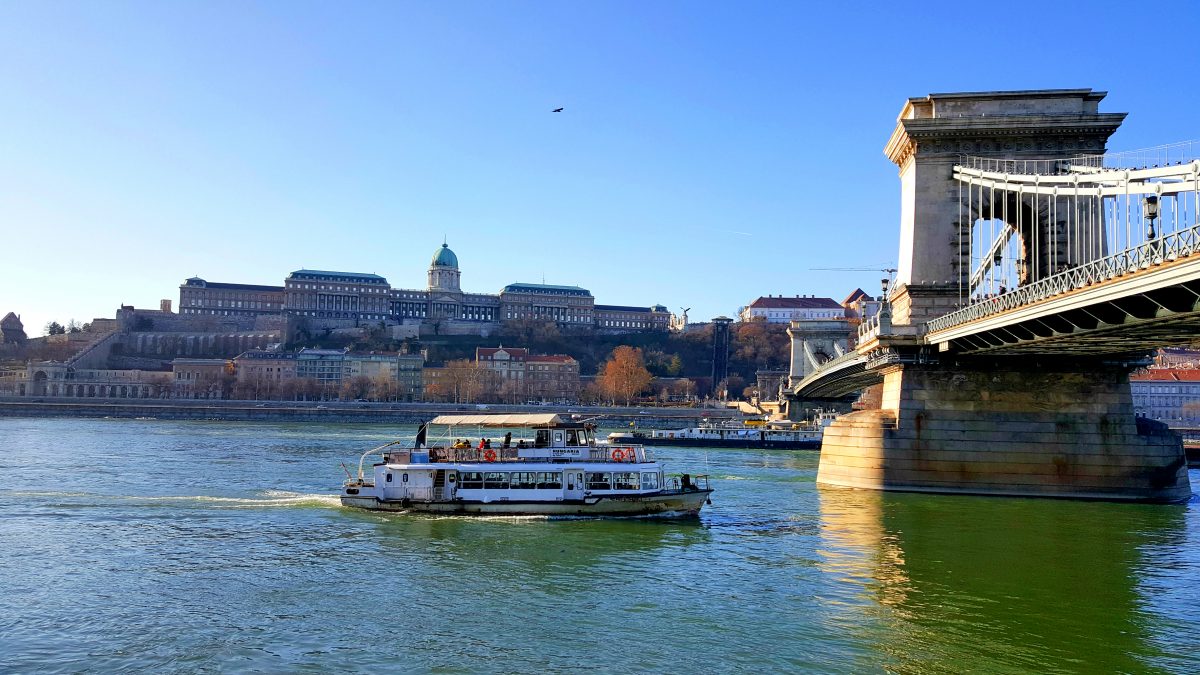 7. King of my CASTLE – Wamdue Project

The best thing about Buda Castle is the view you get of the city. The castle was bombed and damaged during the World War II. It has been rebuilt but during the time of Communism which means that cost and function were more important than preserving the original design. To be honest, the building itself is actually quite ugly. But like I said, the view from the top is great! 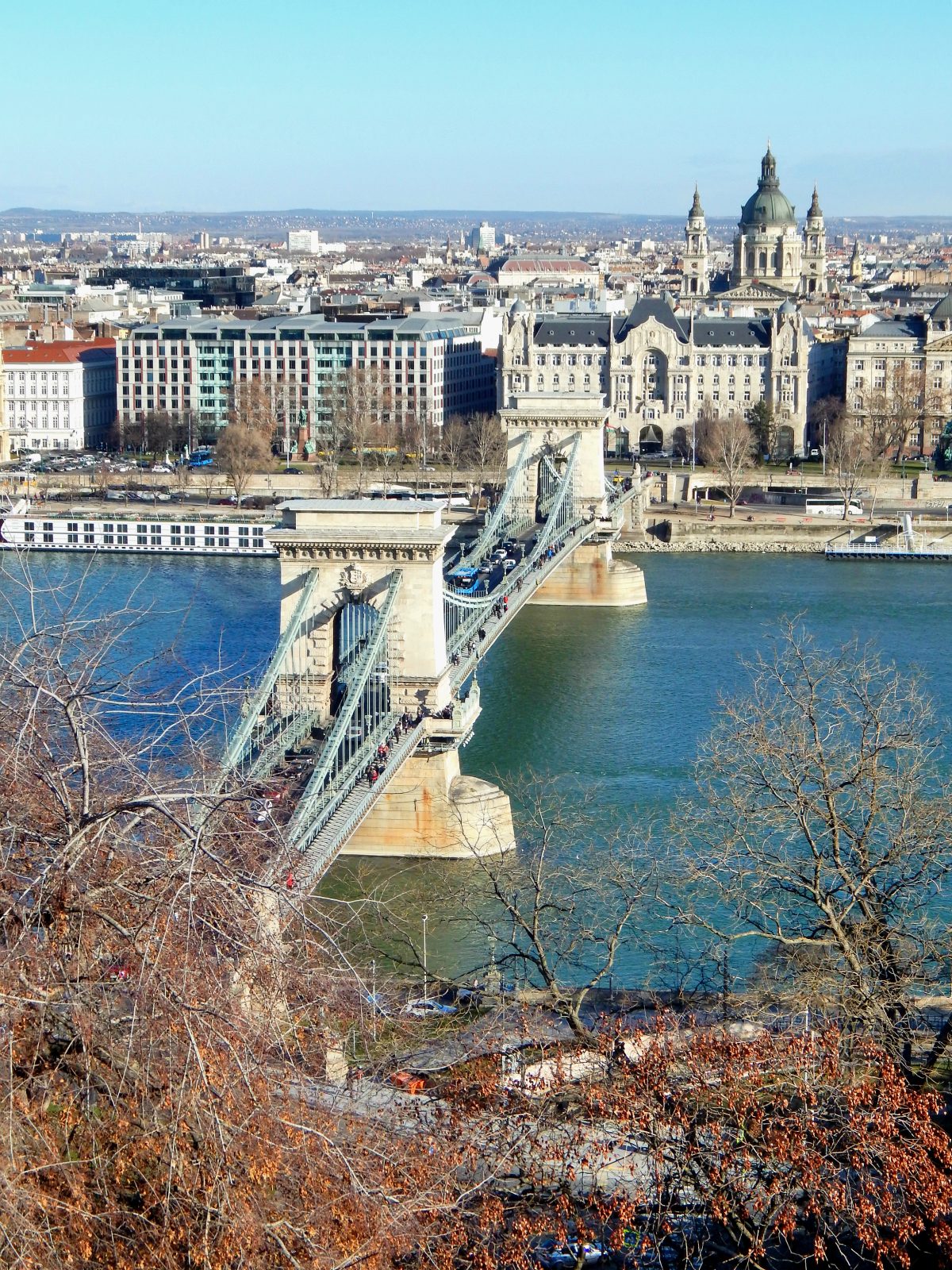 Well, tram rather than train (I couldn’t find any popular songs with ‘tram’ in the title). More specifically, tram nr. 2. This tram runs parallel to the Danube River and gives you a great overview of the main attractions in Budapest. Use the tram to get a feel for the city. 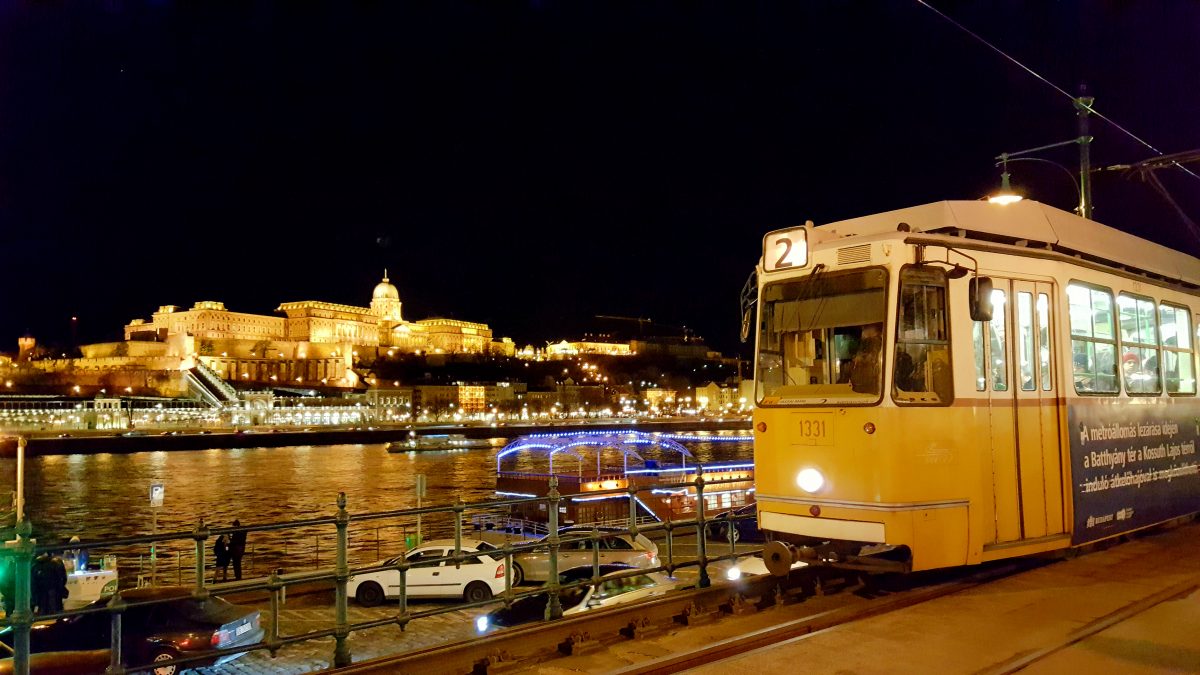 Heroes’ Square (Hosok tere) is really something to see. It’s at the end of Andrassy Avenue, the ‘Champs-Elysees’ of Budapest. My original plan was to walk all the way down Andrassy Avenue to reach Heroes’ Square, but it was way further than I expected. If you get tired, just take the metro the rest of the way. Heroes’ Square is home to an impressive statue complex. 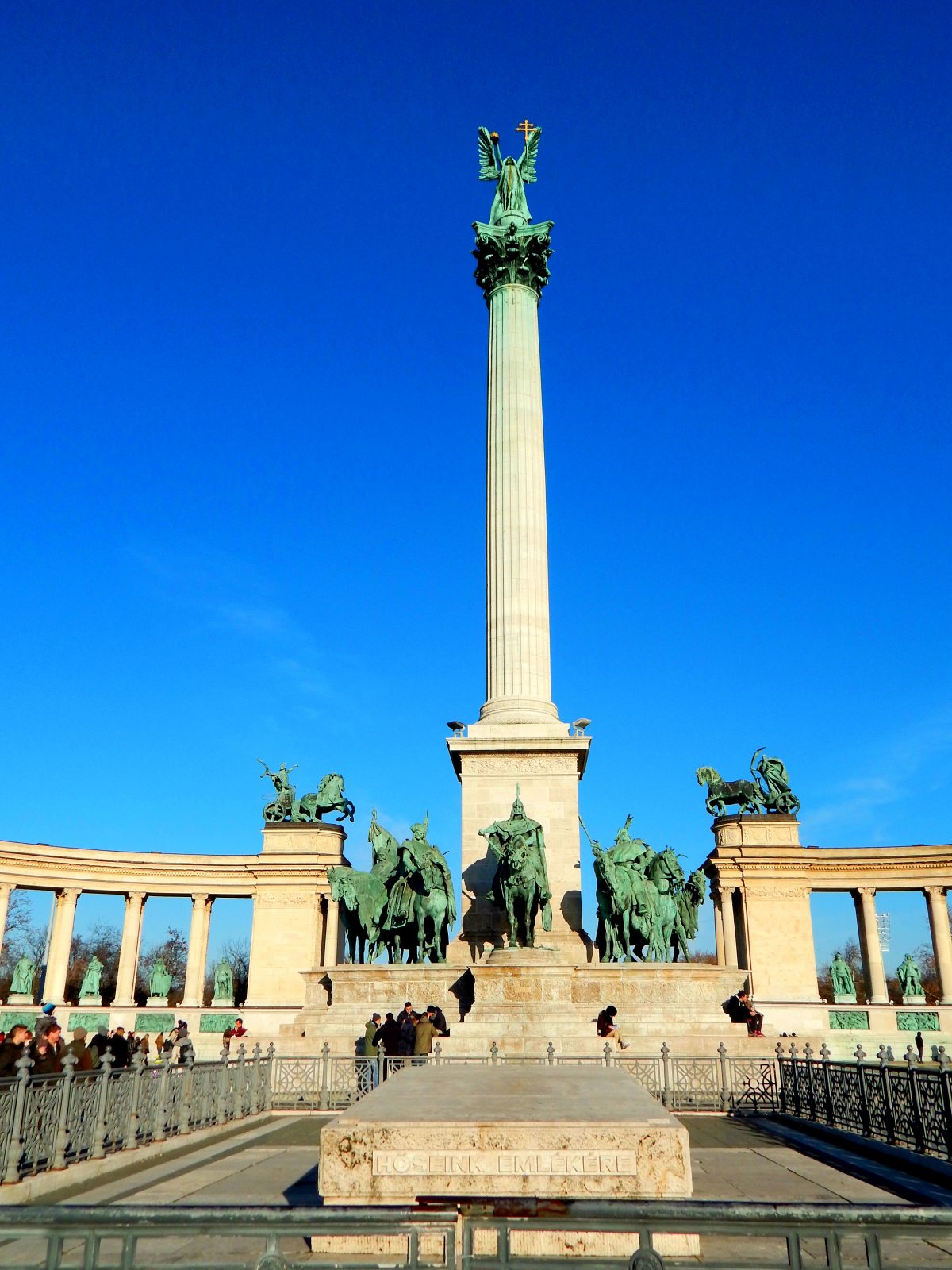 Get hot and steamy in one of the many thermal bath houses in and around Budapest. The most popular choice is Szechenyi thermal baths. Due to time constraints, I chose to one closest to me: Gellert baths ($22 on Viator). I had a pleasant visit, but if you are expecting a tranquil spa experience, this isn’t it. There are loads of people everywhere and it’s rather noisy, but it’s definitely worth a visit! 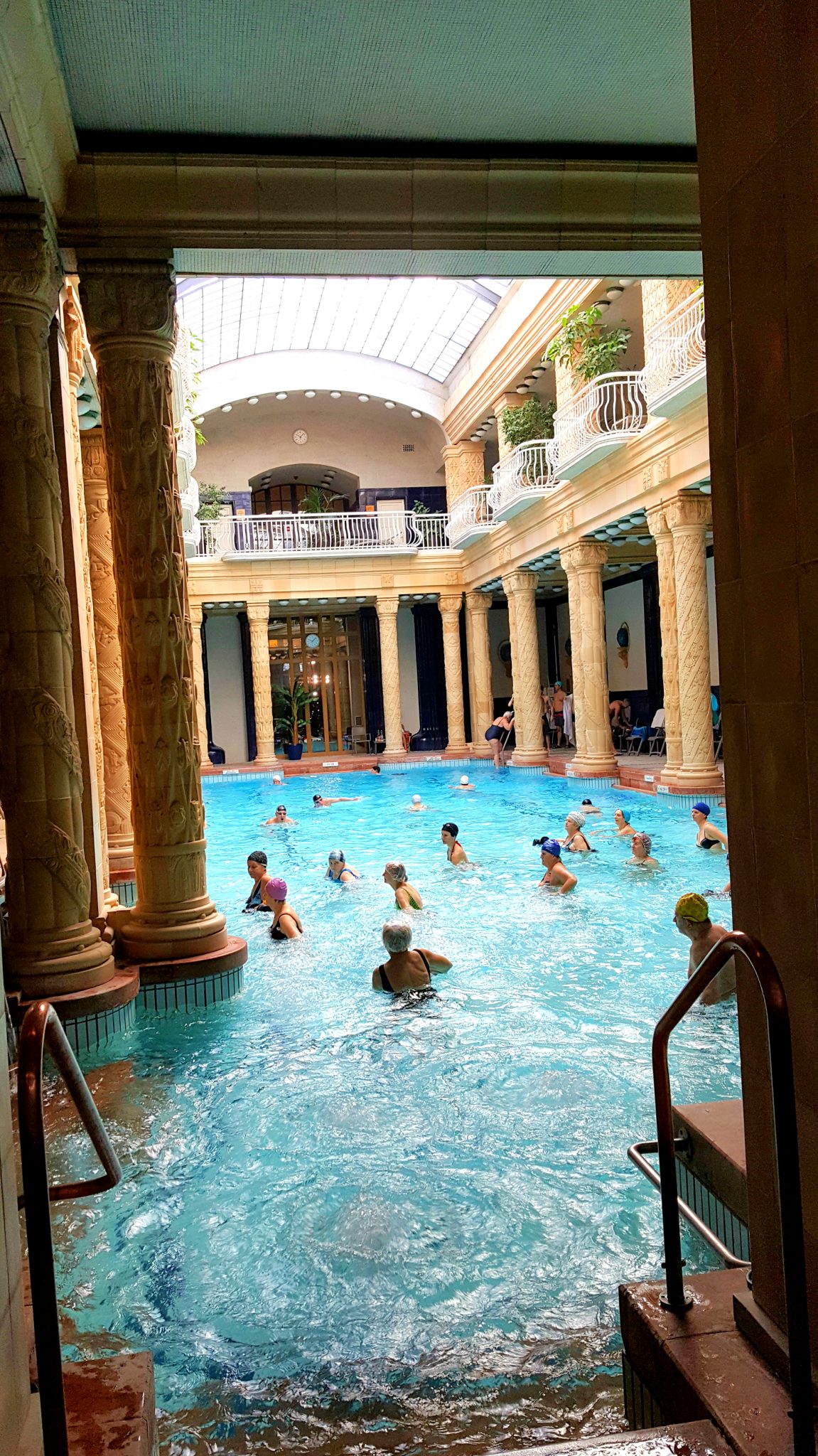 11. Another brick in the WALL – Pink Floyd

OK, so this one is a little bit of a stretch. The music industry is fresh out of ‘bastion’. Seeing as the Fisherman’s Bastion is a fortified wall of sorts, the song title kinda fits. 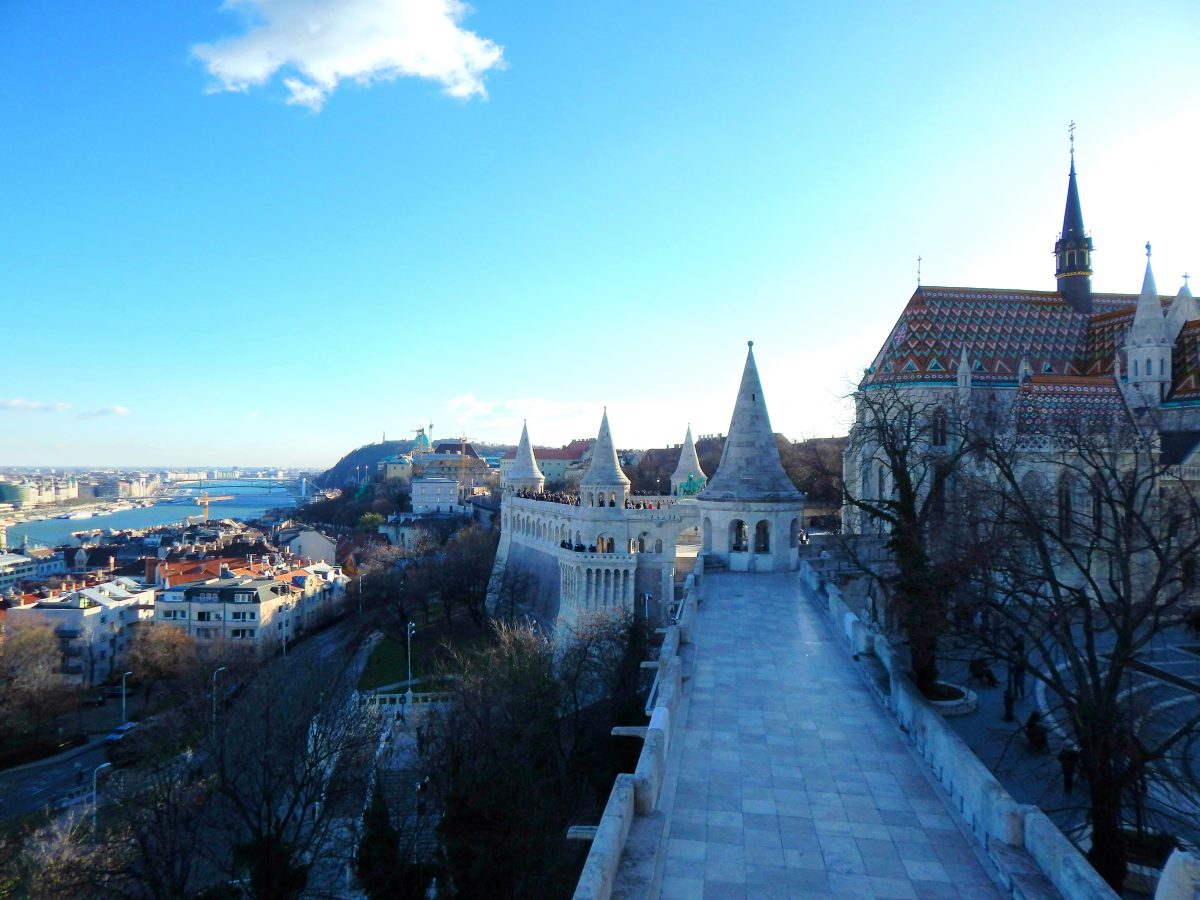 There you go! My top 11 activities to do in Budapest. May you think of this beautiful city every time you hear these popular songs! 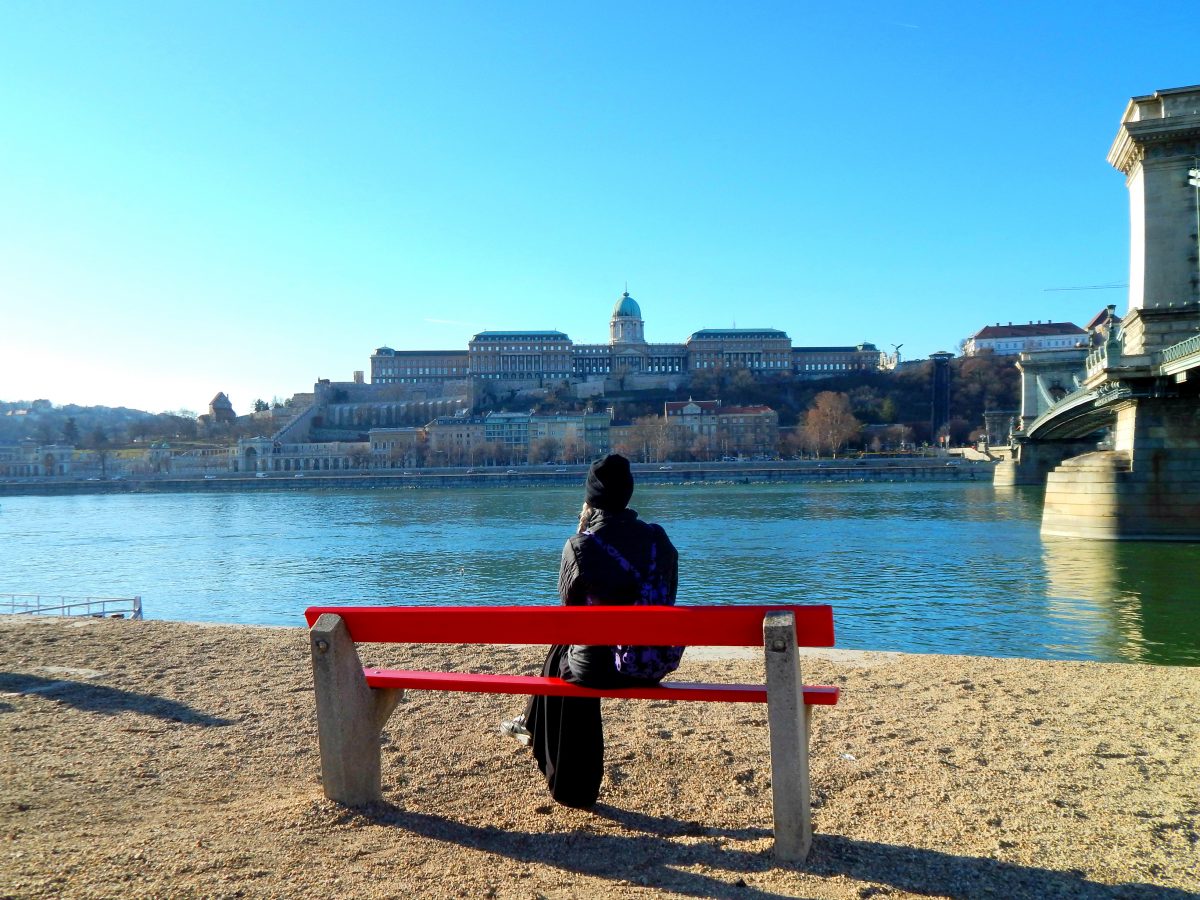 Why my stay at Hotel Mediterran in Budapest...