Visiting the Alternative Wolf and Bear Park in the Black Forest 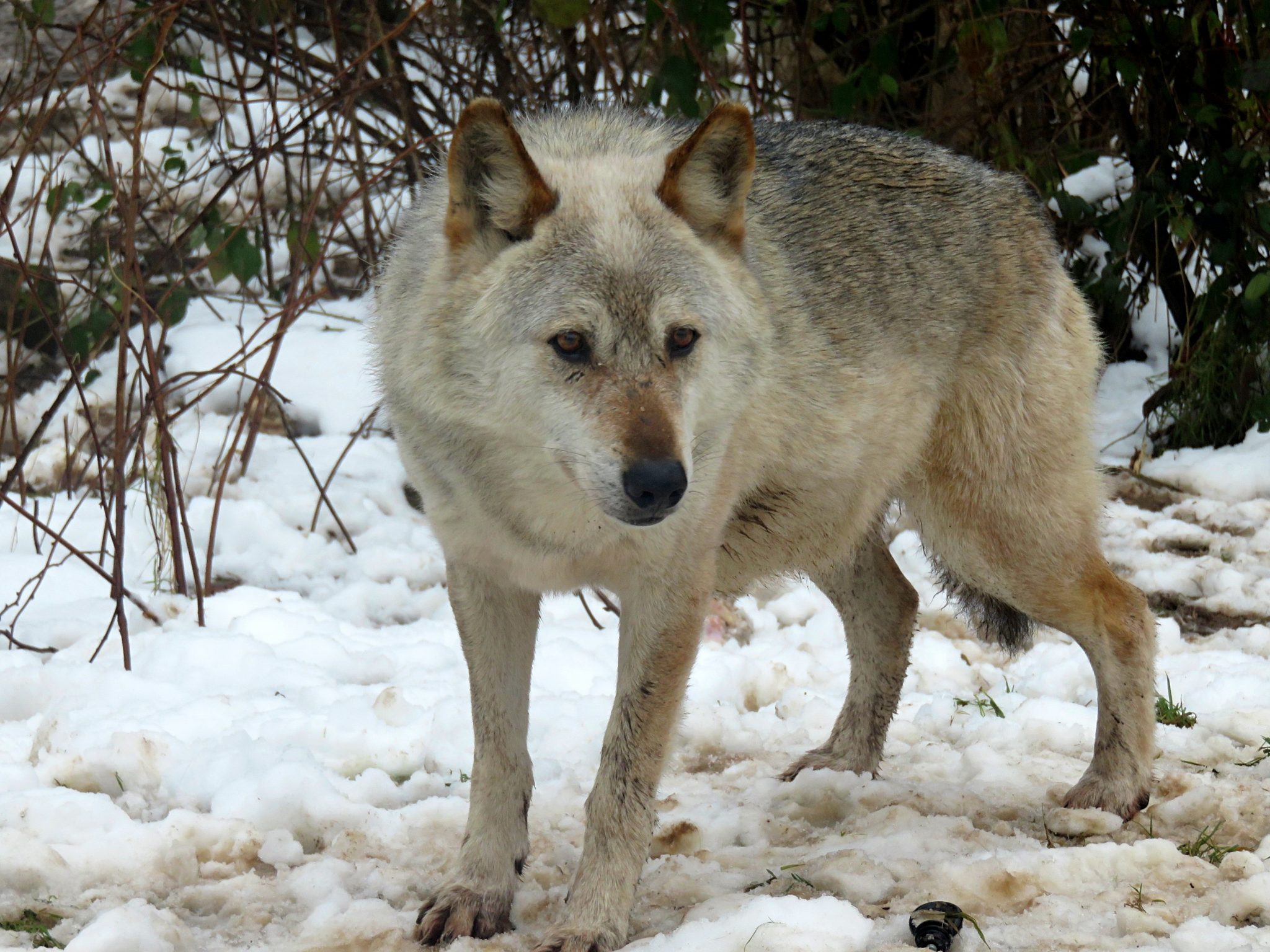 I travelled to the Black Forest with my family just before Christmas. The number one thing I wanted to do was visit the Alternative Wolf and Bear Park. This isn’t your average animal park or zoo. The park is a sanctuary that offers a better life for bears, wolves, and lynx that have been rescued from circuses and zoos. What’s not to love about that?

A brief history of the park

The Alternative Wolf and Bear Park in the Black Forest was founded in 2010. The primary focus of the park is to give second chances to European Brown Bears. Recently the park also welcomed wolves and lynx. The park is called ‘alternative’ which refers to the new life the rescued animals live here as opposed to their horrible previous circumstances. 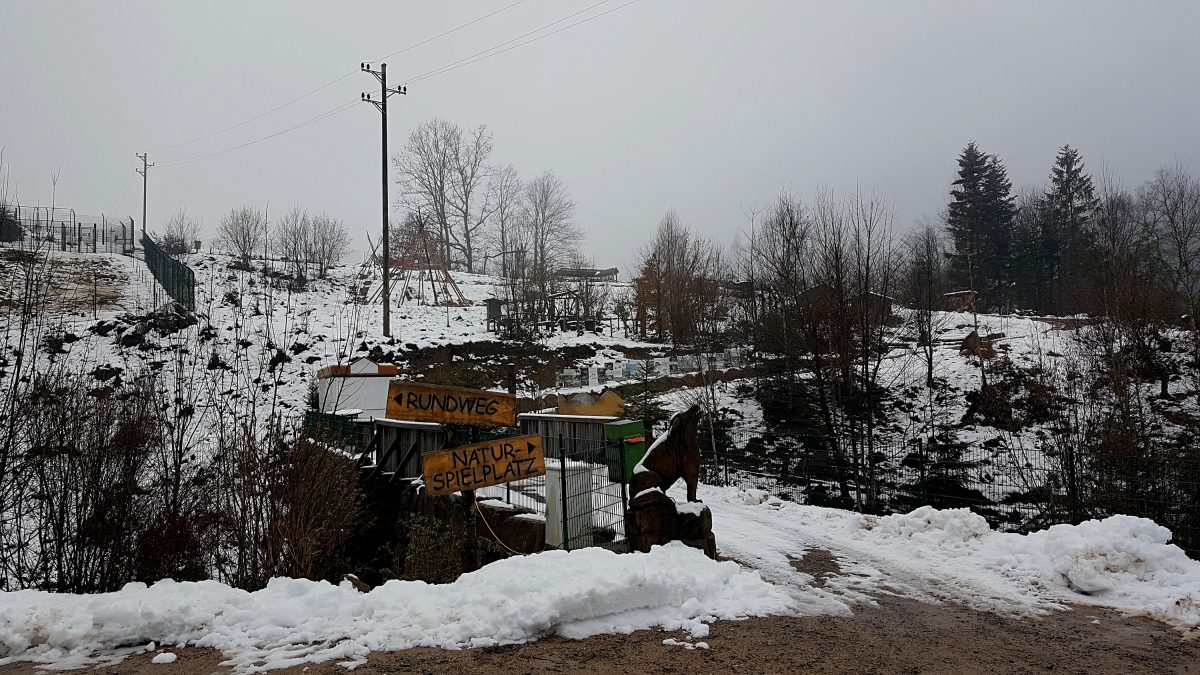 Some of you might be wondering why these rescued animals cannot be released back into the wild. There are several reasons why. Simply put, these animals lack natural instincts, skills, and behaviour necessary to survive in the wild. Also, these animals, especially the bears, are used to be around humans. So if they were to be released back into the wild, they will still seek out the company of people. As you can imagine, this will be problematic. Furthermore, a lot of them have serious injuries which make their survival in the wild impossible. So basically, living in this park is their only shot at a ‘normal’ existence. 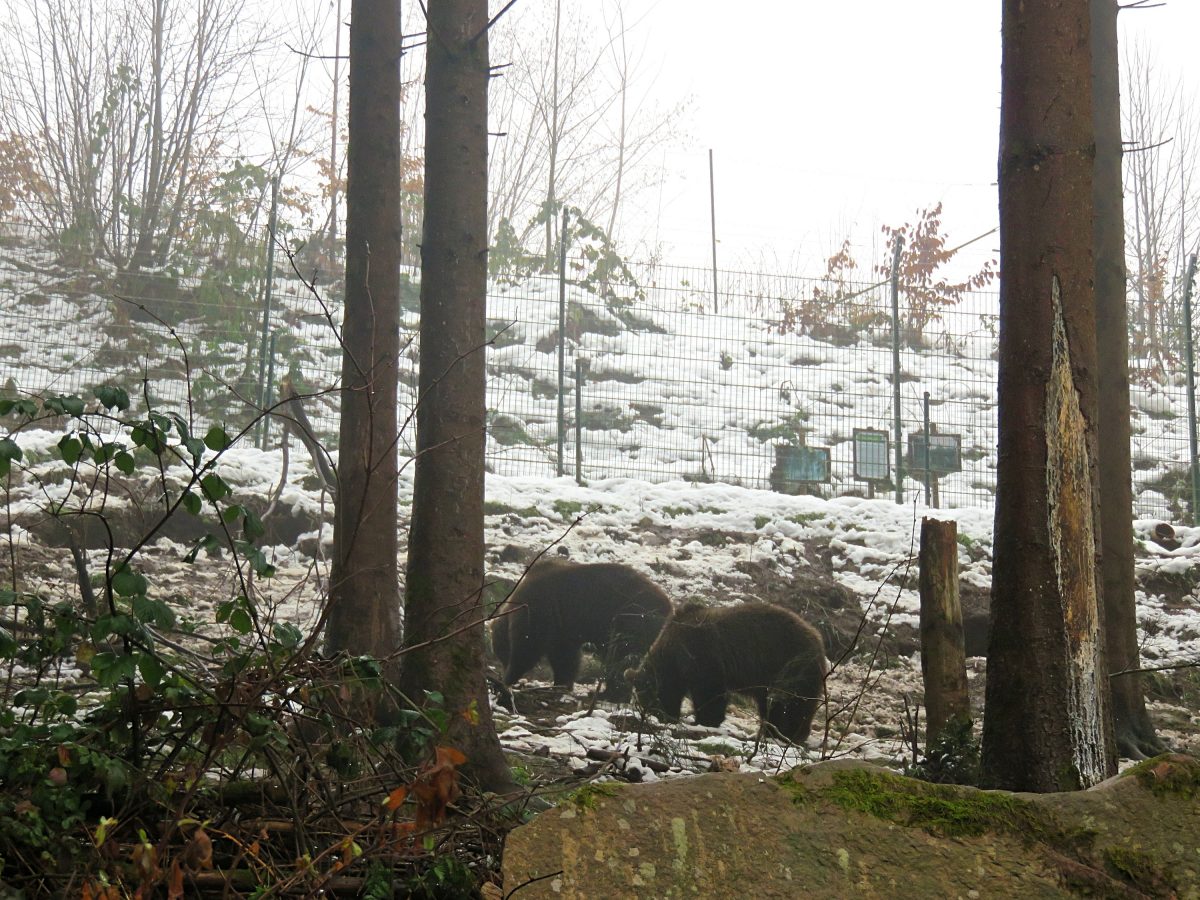 Now more about the park itself. The setting is beautiful: hills, trees, with rugged terrains and natural vegetation. The park is even more scenic during the winter with everything covered in snow! It’s fairly small with great walkways between the enclosures and hiking routes around the park. Be sure to pick up a free brochure on your way it. It’s all in German, but you can still look at the photos and try to identify the animals. 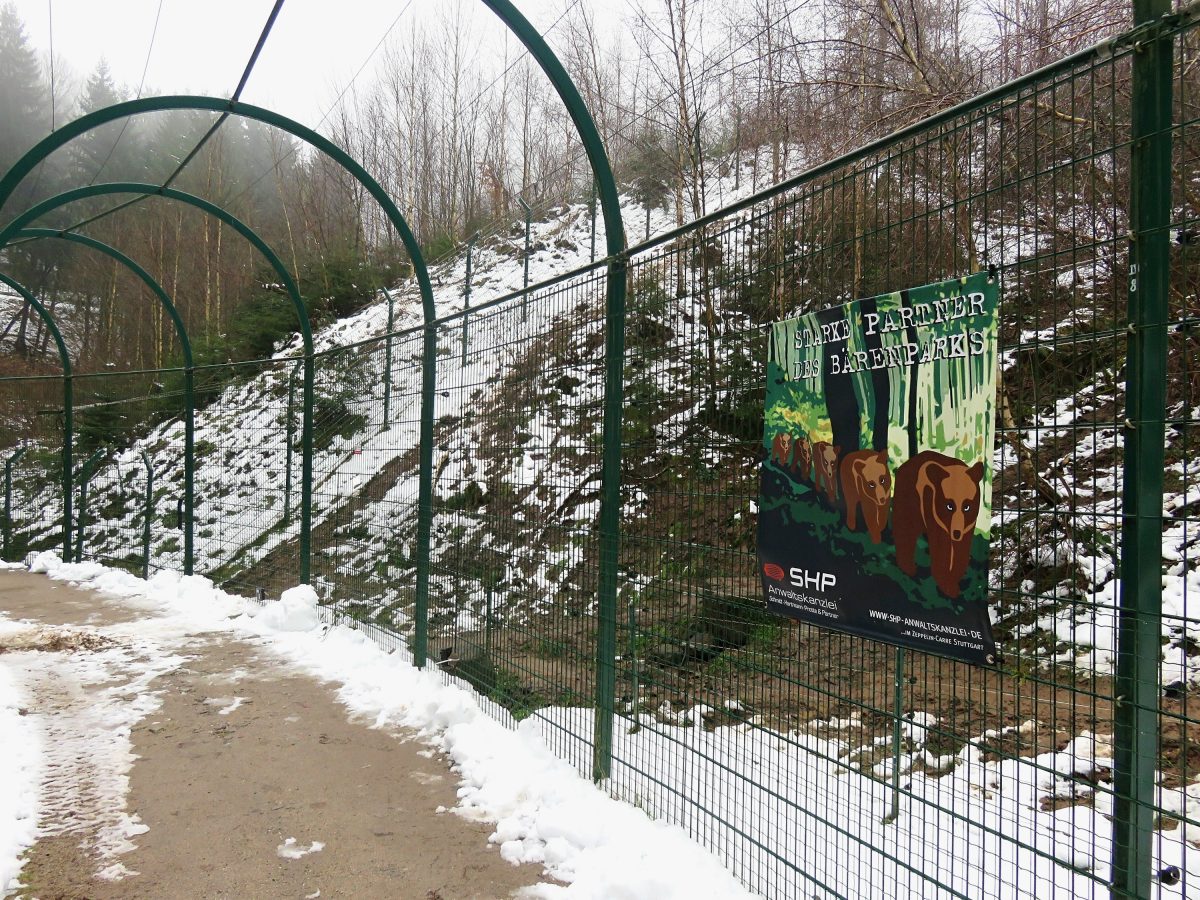 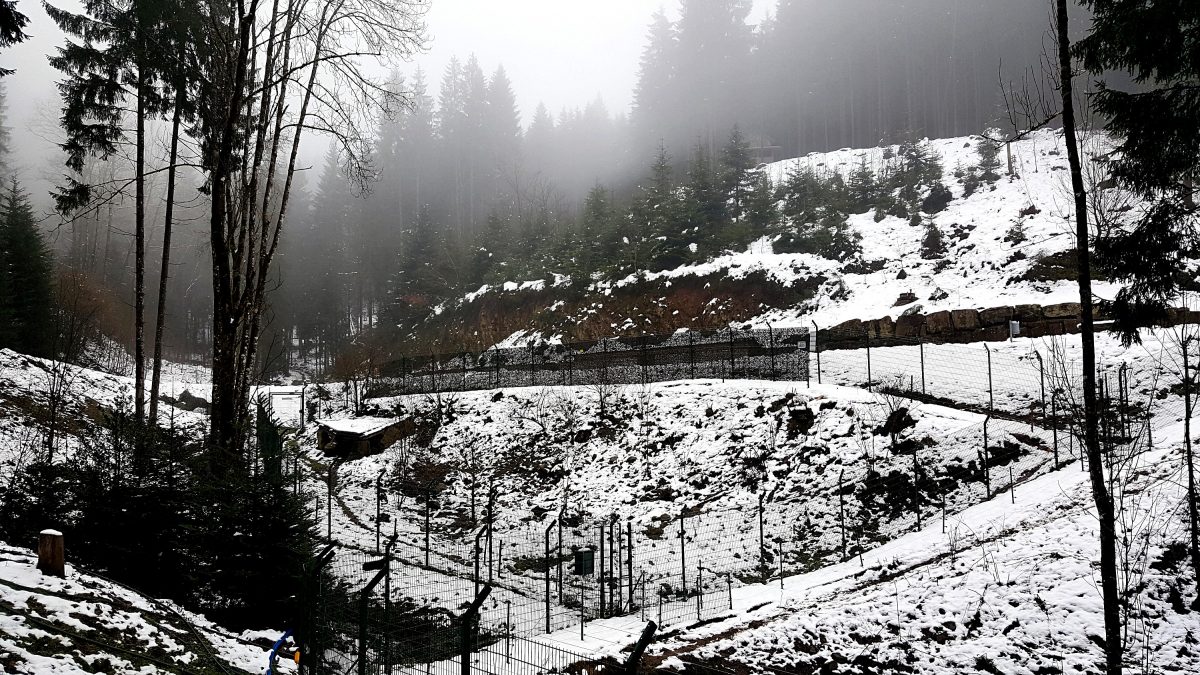 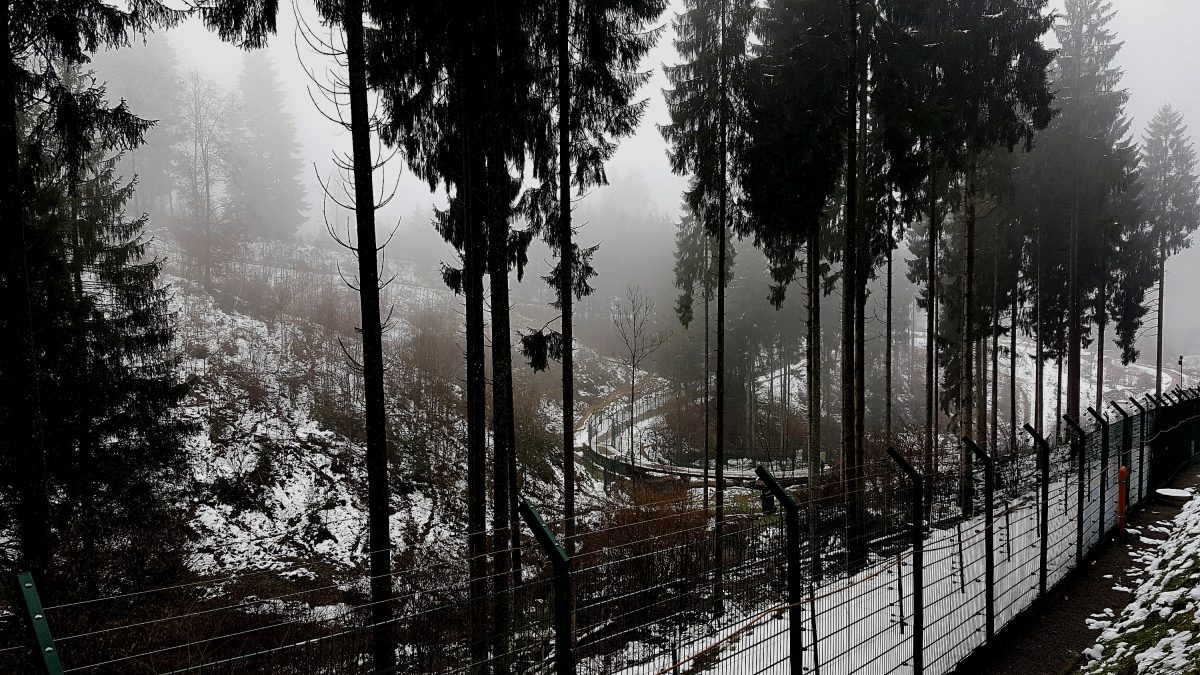 The park is home to a number of European Brown Bears. During my visit, I saw three. The bears didn’t come too close to the fence, so it was a little bit difficult for me to identify them. I’m pretty sure two of the three bears were Arian and Agonis (I think the other one was Arthos). Each one of these bears has a heartbreaking story.

Agonis’ mother was killed by poachers in Albania, while he was kept as a pet by a restaurant owner. Growing up he didn’t socialize with other bears and because of that, he is now extremely fixated on humans and he doesn’t trust bears. Arian used a be a beach bear. What’s a beach bear? He was chained up and led around the beaches of Albania to beg money from tourists. He did this with his brother Arthos. Luckily the two brothers were rescued and have found a new home here at the park. 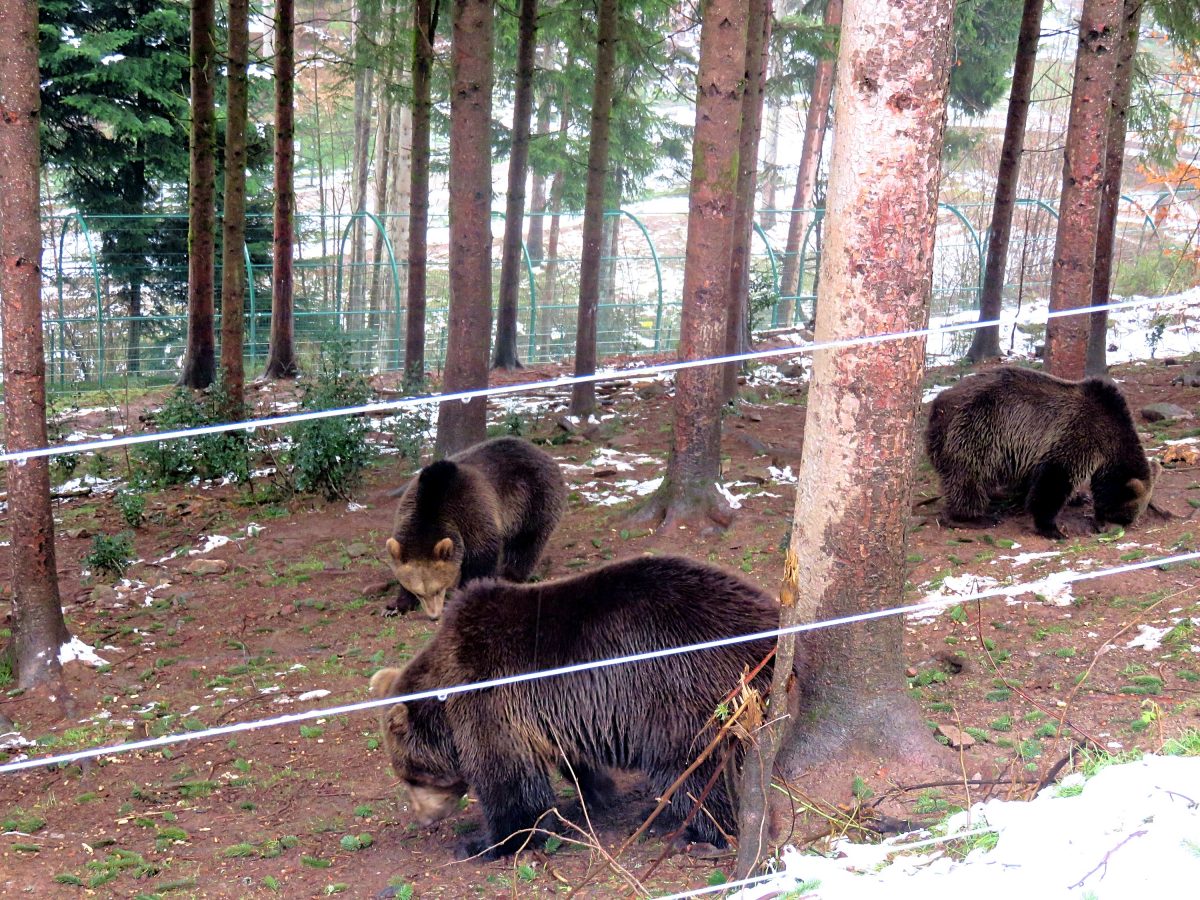 I loved watching the bears to see their everyday behaviour. For the most part, they had their snouts to the ground, scavenging for something to eat. I even saw a scene straight from a cartoon…one bear was scratching its backside against a tree trunk! (Think Baloo from The Jungle Book). 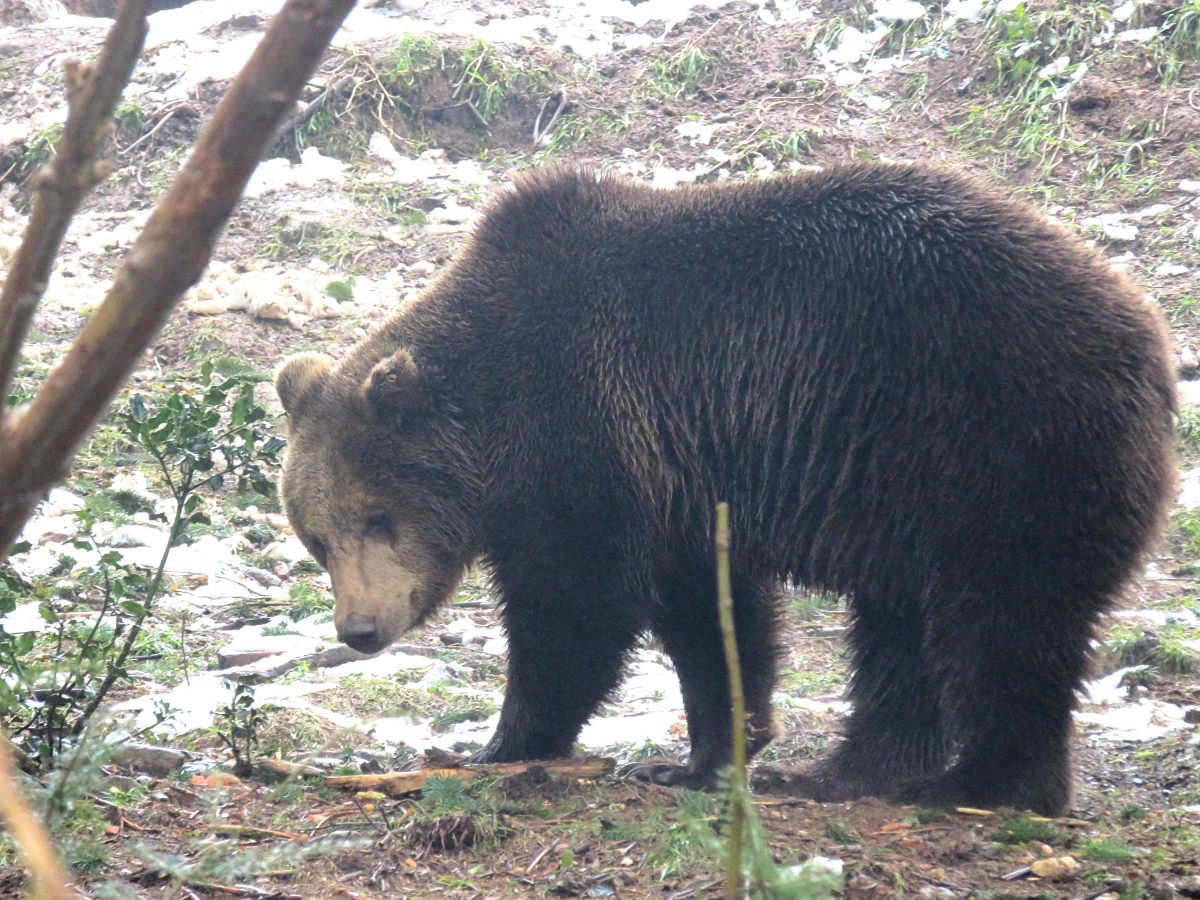 If I were to pick my favourite animal in the whole world, I’d pick a wolf. So as you can image, I loved seeing the European Wolves in the park. At first, the wolves were shy. They were among the trees in the middle of the enclosure and difficult to see. 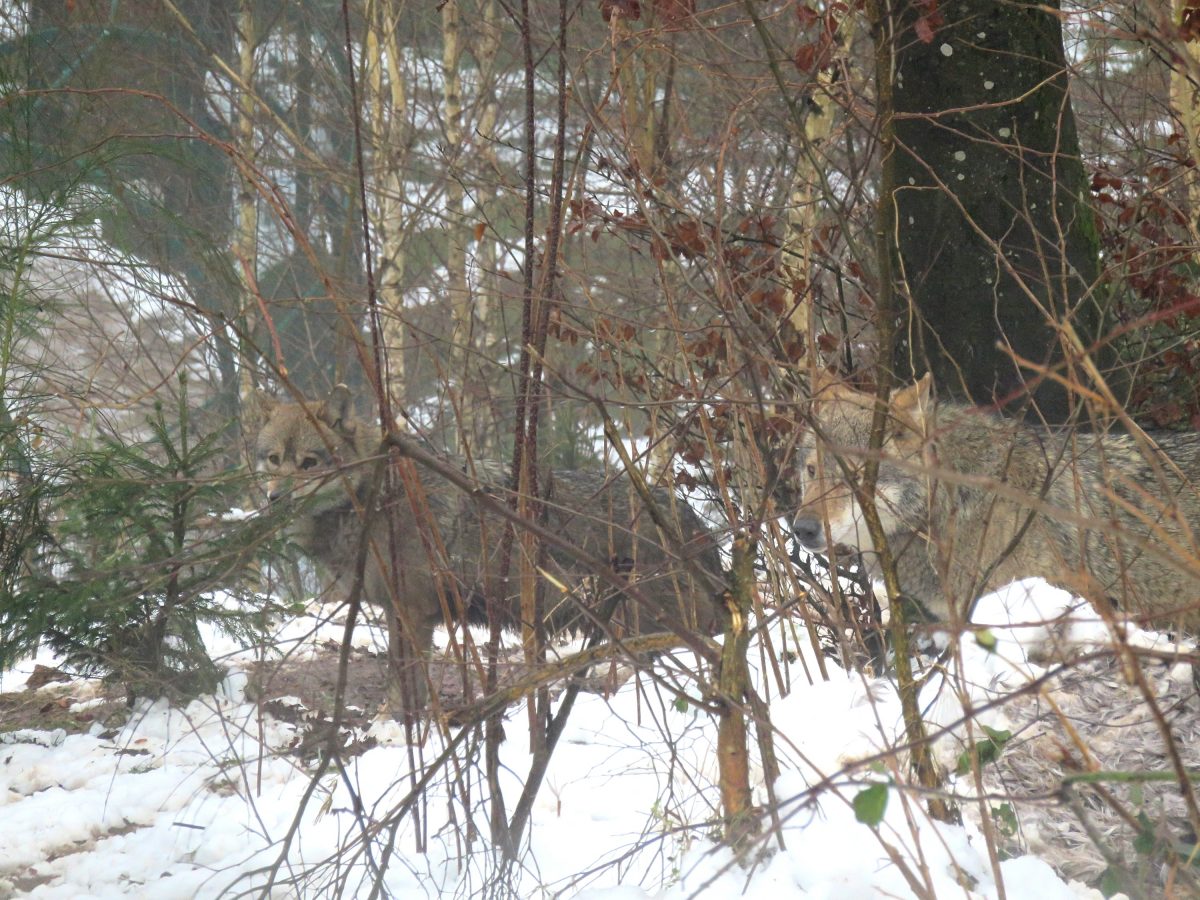 But then I got lucky. The curious pack walked right up to the fence. Blesso stood out from the rest of the pack with his light fur. He came really close. I thought he was the alpha male, but as it turns out, he is the ‘outcast’ of the pack, at the bottom of the pecking order. I do love an underdog! (Since my visit in December, I’ve heard that Blesso has passed away) 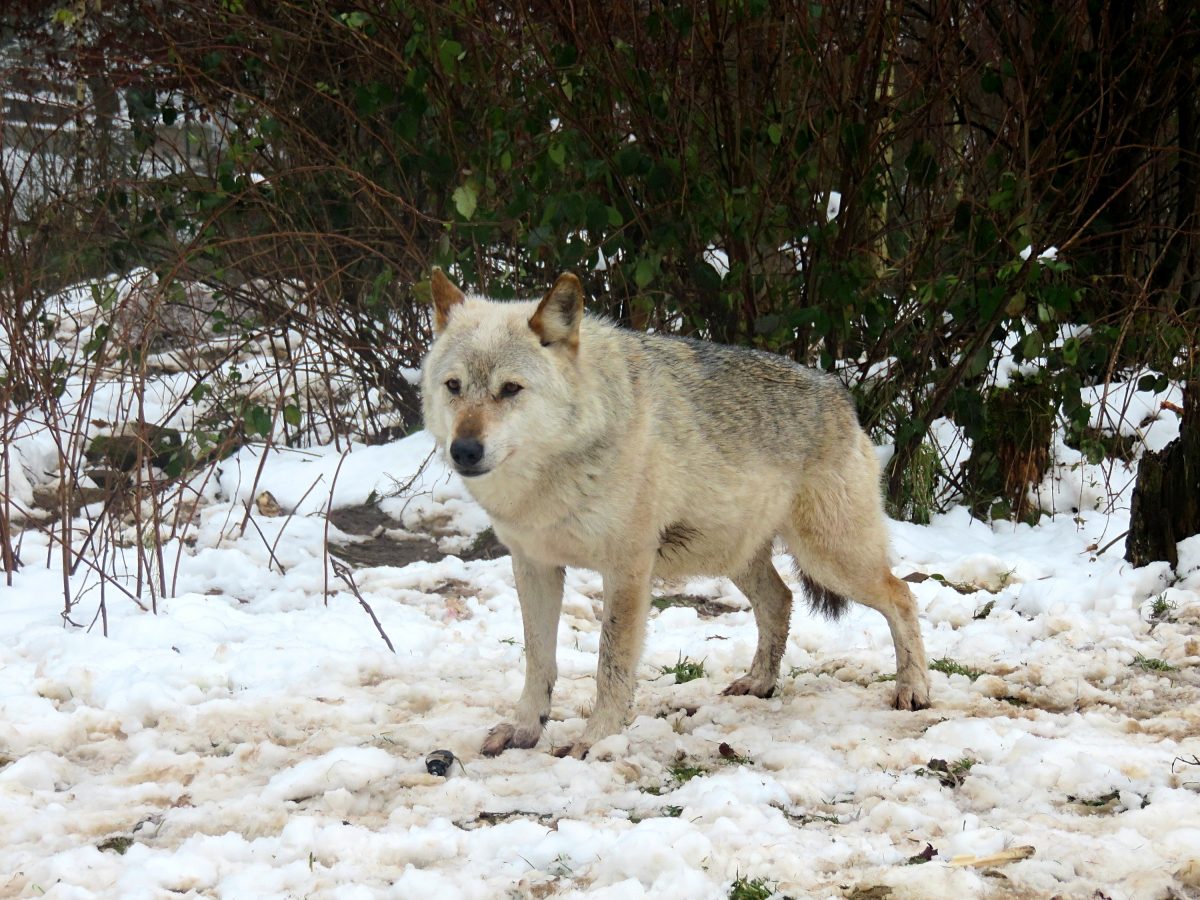 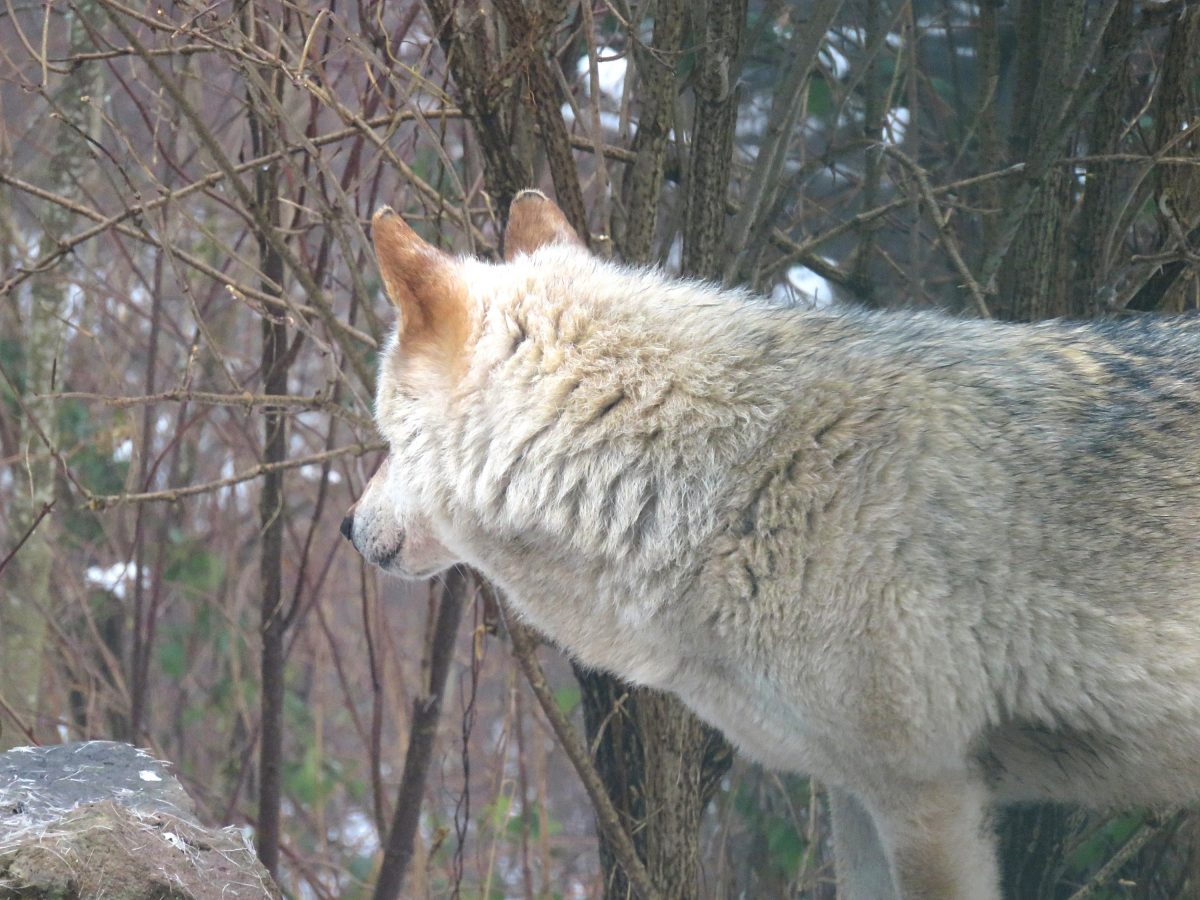 I also saw my first Eurasian Lynx. His name is Charlie (Catrina was shy; I didn’t see her). He used to live in a small concrete enclosure in Strasbourg with his sister, Catrina, for 12 years. The enclosure had no enrichment or complexity to it, so Charlie and Catrina were unable to develop natural habits and behaviour to help them survive in the wild. In essence, neither Charlie nor Catrina knows what it means to be a lynx. But don’t get too sad, they have a wonderful new home now. Together they share a huge, natural enclosure away from their former concrete prison. 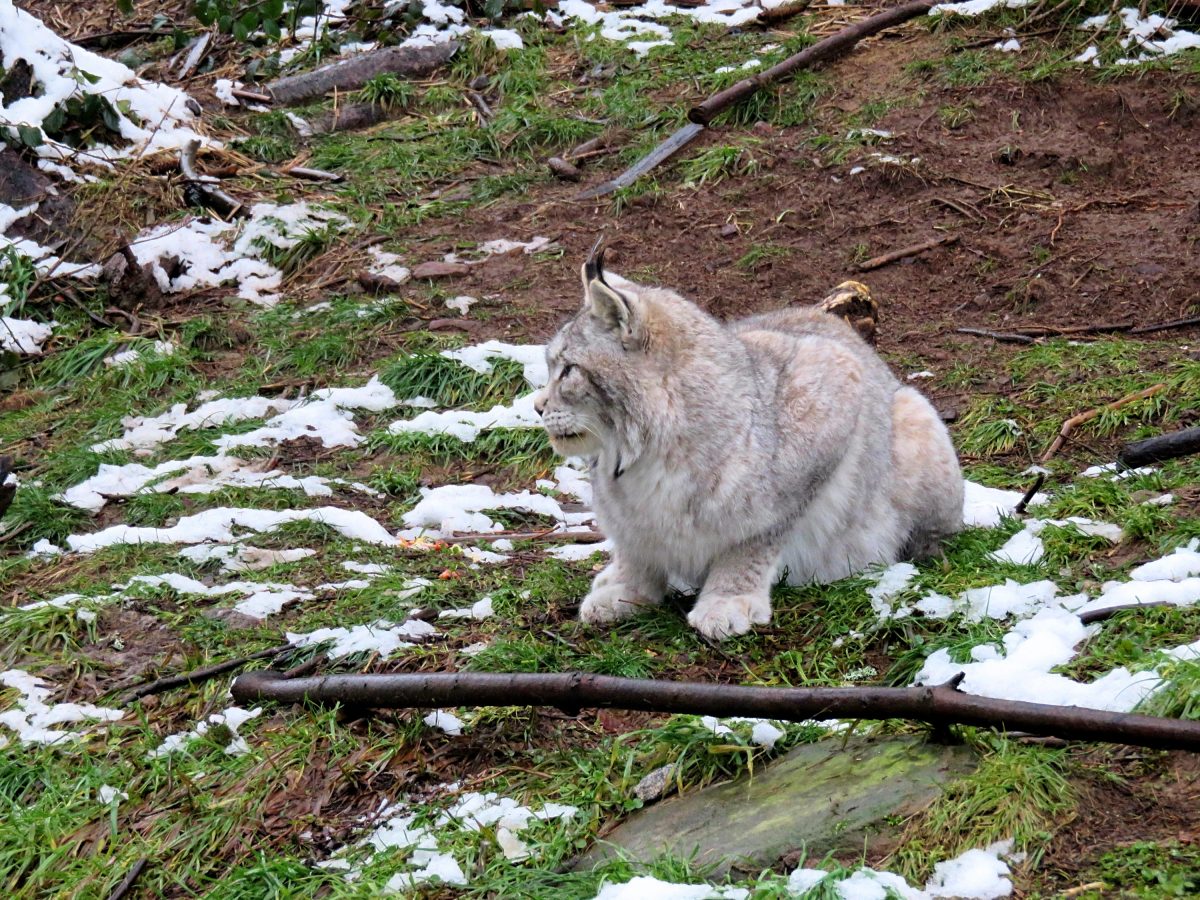 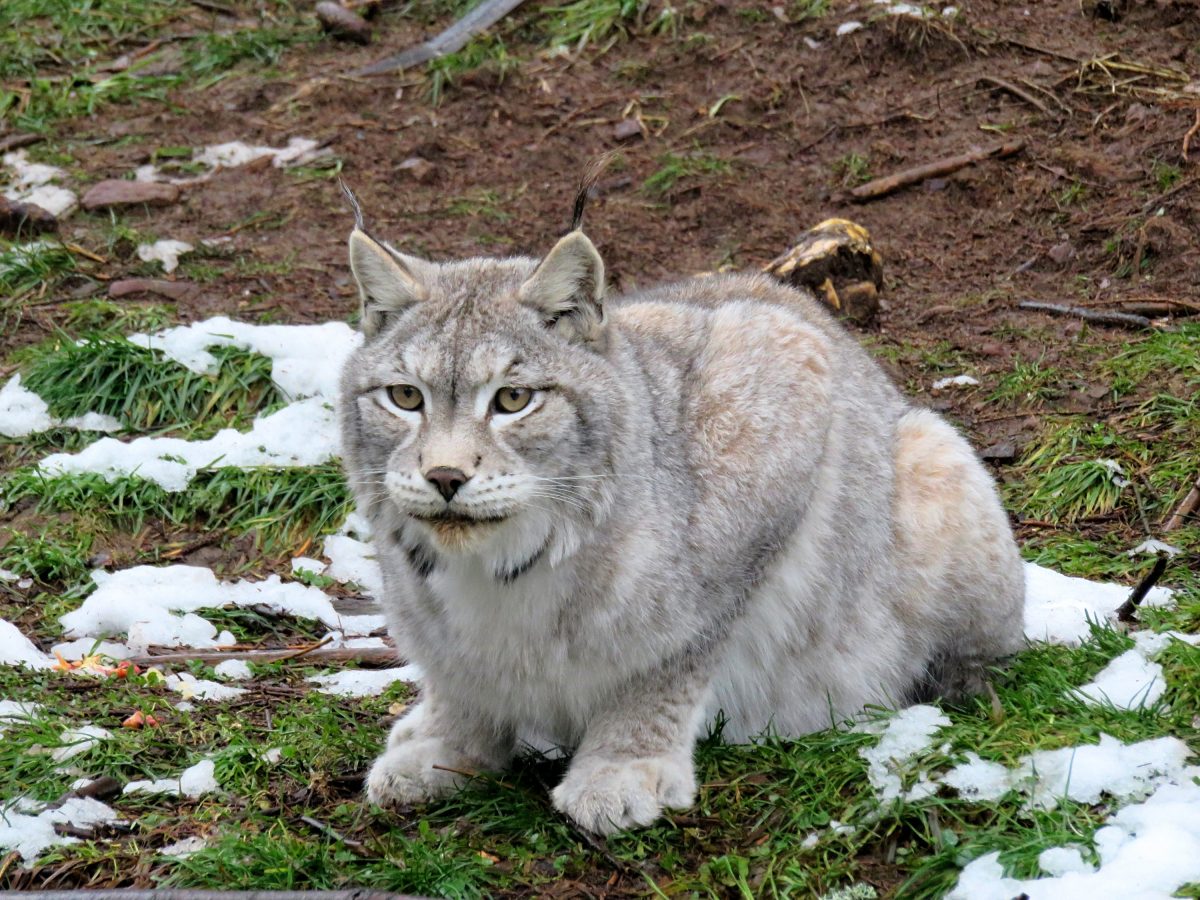 A day ticket will cost you €7. If you want to, you can also take your dog along with you for a small fee of €2. It’s also possible to buy a three-day pass or a year card. If you feel moved to do so, you can also donate money to the park.

How to get to the park

You will need a car to reach the Alternative Wolf and Bear Park. To my knowledge, the park cannot be reached via public transportation. The closest town is called Schapbach.

How much time do you need to visit the park

This is completely up to you. You can whizz through the park in a couple of minutes…but where’s the fun in that? Why not take the time to observe these amazing animals up close and take some beautiful photos in the process? I found that one to two hours was plenty of time. But honestly, I could have spent the whole day here. 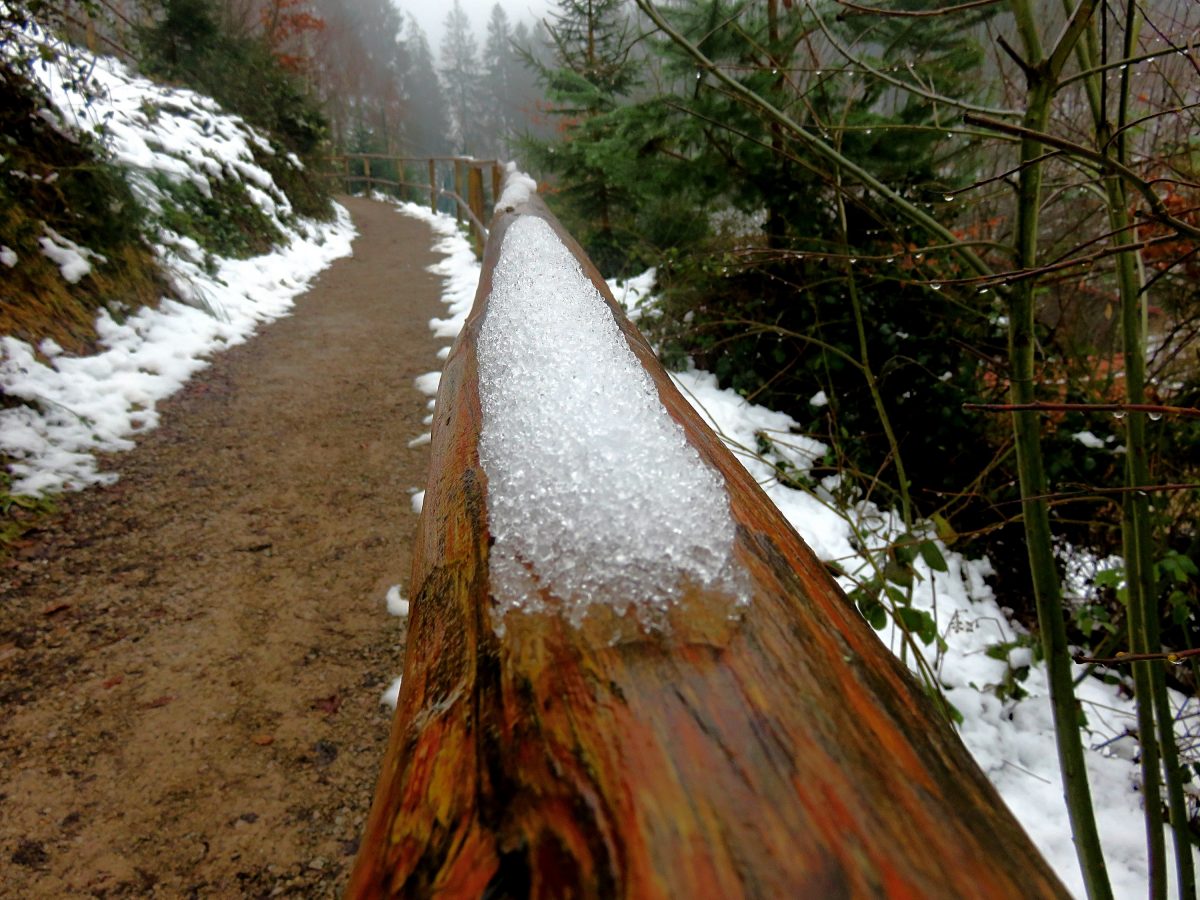 Because the enclosures are linked and the animals can freely move between them, this park is truly unique. I love the fact that all the animals here have been given a second chance. I hope you enjoy your visit to the park as much as I did!

For more information about the park and the animals, visit their website here. It’s all in German, but hey, what else are you going to use Google translate for? 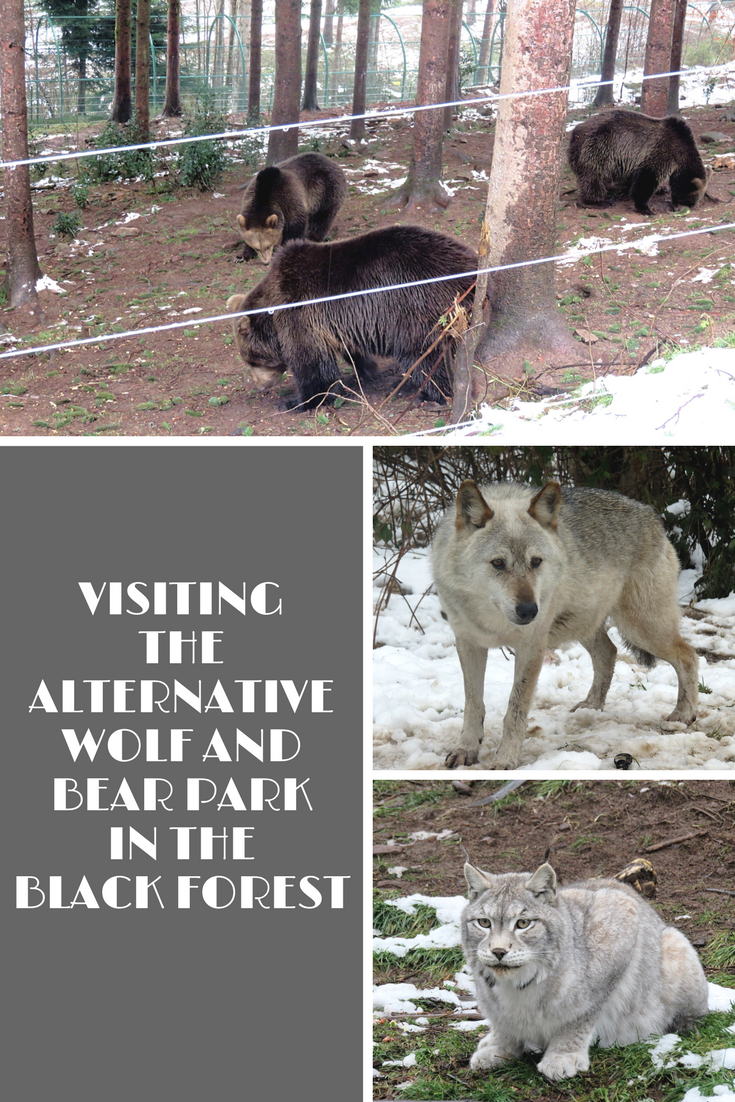